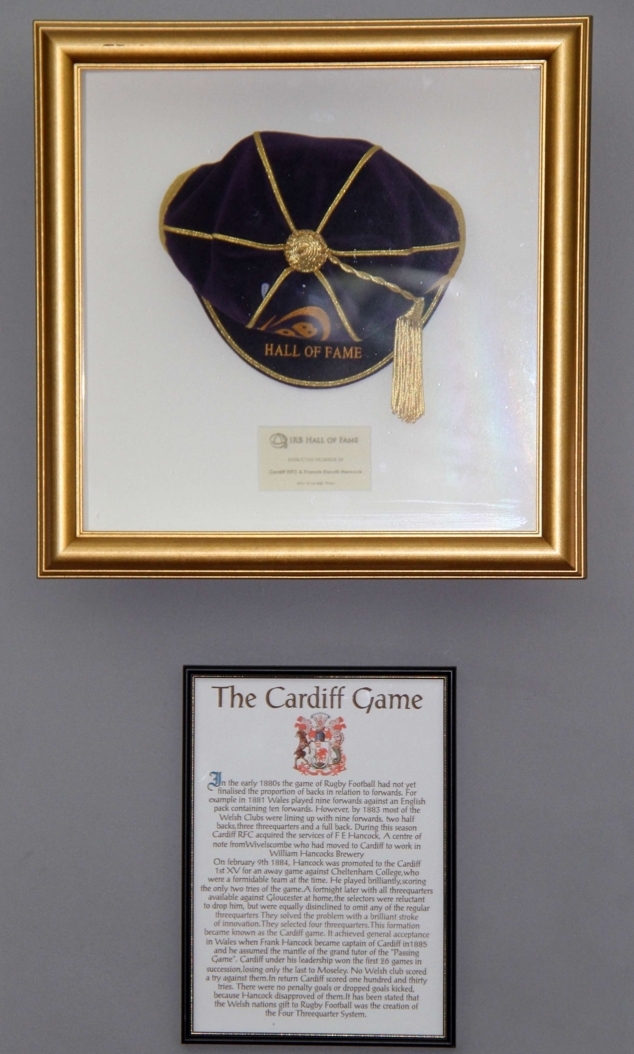 Over the past few months a great deal of work has been going on to catalogue all the artefacts in the Hubert Johnson room. Some of the items have been temporarily packed away and put into safe storage whilst other items have been rearranged into the current display. Choosing a favourite from the items we have is difficult, but I think of all the items of Memorabilia from Cardiff and the international Rugby world that one of my favourite items is actually sited in the members' bar. Many of you may not even have noticed it, or barely given it a second glance whilst others may have seen it but not realised it’s significance.

In 2011 Cardiff Rugby Club was inducted into the World Rugby Hall of Fame - the first Club side to receive the honour (the Scottish side Melrose have subsequently followed) Most inductees into the hall of fame are players - some of whom played for the Blue and Blacks during their career. For a club side to be inducted is highly unusual and a great honour.


The name of Cardiff RFC is renowned throughout the rugby world but how many people realise that the game as played today owes a great debt to Cardiff Rugby Club. In the early years, rugby teams often contained more than 15 players per side but as the game developed then 15 players a side became the accepted figure. Unlike today, the sides contained 9 or even 10 forwards and only five or six backs. So why did it change? The answer to this is to be found in the early history of Cardiff rugby and like many of history’s greatest events owed more to a chance event rather than meticulous planning. 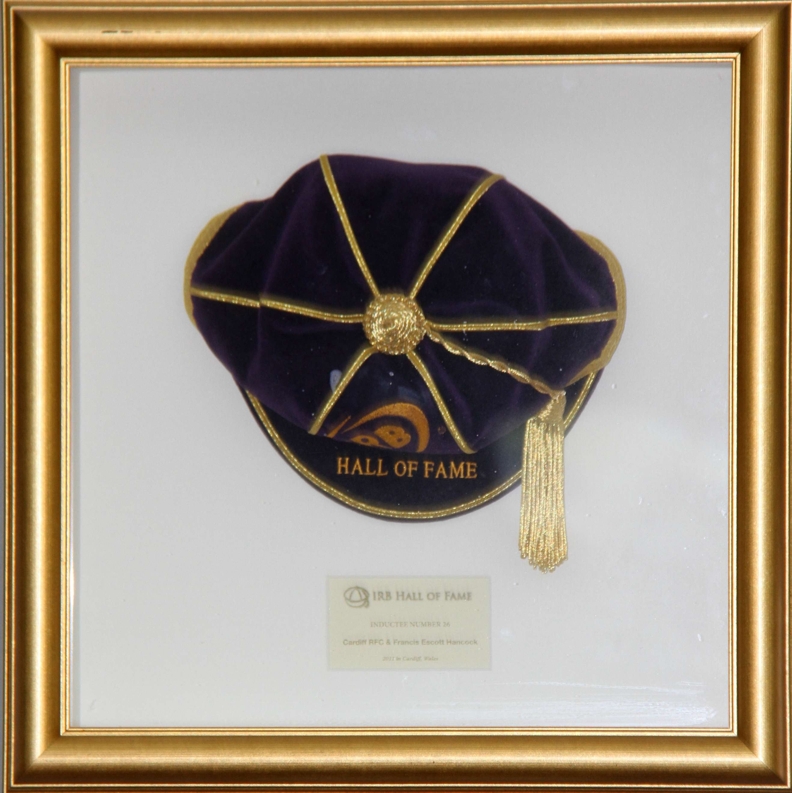 Francis Escott Hancock, born in Somerset in 1859, was an outstanding rugby player. At the age of just 17 he was already captain of local team (leading them through two seasons when they were unbeaten at home) and also captained Somerset.

In 1884 he moved to Cardiff to help his brother in the family brewing business (oh, that Hancock) and was invited to turn out for Cardiff, as the regular centre (Tom Williams) was unavailable. Playing away at Cheltenham College (a leading side of the time) Hancock played brilliantly, scoring the two tries in Cardiff’s 8-0 victory. Having played so well he had to play in the next game at home against Gloucester. The only slight problem was that Williams was now available and was also difficult to leave out of side. A solution was to play both and take to the field with 8 forwards and 7 backs. The game ended in a 0-0 draw but the Cardiff selectors had seen enough to convince them to continue with the system for the remainder of the season.

For the 1885-6 season Hancock was appointed captain of Cardiff and using this formation they were unbeaten until the last game of the season when they lost away to Moseley. Cardiff only conceded four tries all season (three by Moseley and one by Gloucester) whilst scoring 131 themselves. Hancock was keen on open rugby and under his captaincy during the season no penalty goals were attempted. Only one player attempted a drop goal and Hancock very quickly told him that it was unacceptable and warned the team that anybody attempting such a thing in future would be sent off for disobeying his instructions. 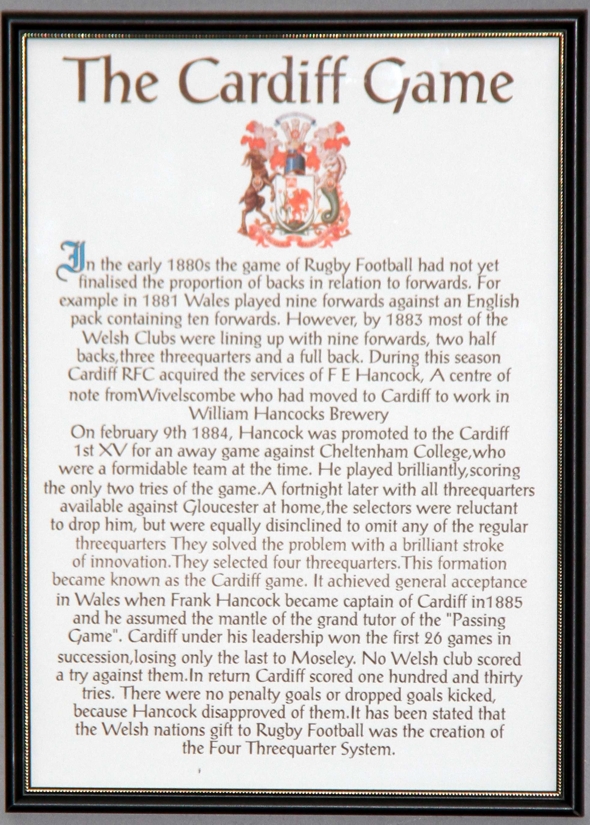 Frank Hancock won four Welsh caps. In the only one which he was captain (against Scotland in the 1886) Hancock tried out his four three-quarter system. This was the first time this had been done in an international and Hancock was paired up with Welsh rugby superstar Arthur Gould. It was the poor selection of the team that resulted in Hancock scrapping the system during the game and switching Gould to full-back. Unfortunately, the damage was already done and Wales lost the match.

Gradually other sides saw the benefits of the formation and over the ensuing years other teams gradually adopted the four three-quarter system that we all know today.
Keywords:
Cap
Related Content:
Drawing - Story of the Cardiff Game