Object Id:
0785
Presented to the players of the England v Wales
4 nations match 6th January 1894.
Info:
The match was played at Birkenhead Park after a night of 25 degrees (-4C) of frost.
Wales were completely unsettled by the vigorous forward play of England who won by 24 points, 4 goals and a goal from a mark, to 3 points, a try scored by Fred Parfitt of Newport. A number of star players for Wales had poor games.
Norman Biggs on the wing and AF (Frank) Hill in the forwards were the only representatives from Cardiff.
Season:
1893/1894
Category:
Badge
Object Status:
CAC Collection
Keywords:
England, Wales 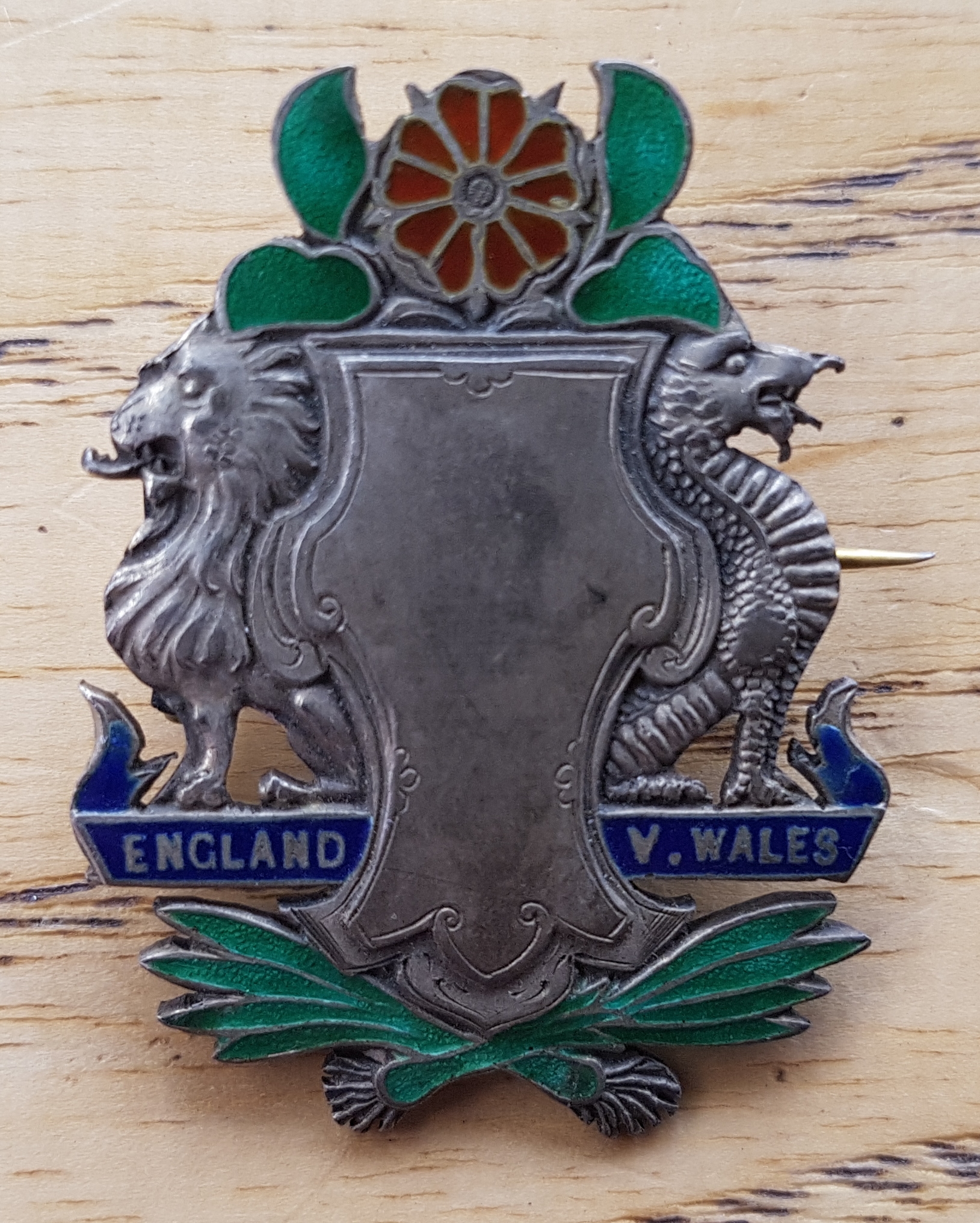