Object Id:
0373
Centenary history of Cardiff RFC
Info:
Hardback, 17 x 23cm. 431 pages plus additional flys. Published The Starling Press, Risca.
The book was produced as a souvenir of the Centenary Season.
Danny Davies played 192 games for the club and was captain in 1925/26, retiring in 1934. He was on the committee from 1927-64, assistant manager to the British Isles in 1955 and president of the Welsh Rugby Union in 1961. He was club statistician and was also a stalwart member of the then named Cardiff Athletic Club Choir.
Category:
Book
Object Status:
CAC Collection
Related Content:
Book - Original Manuscript of The Statistical History of the Cardiff Rugby Football Club 1876 - 1975 by Danny Davies 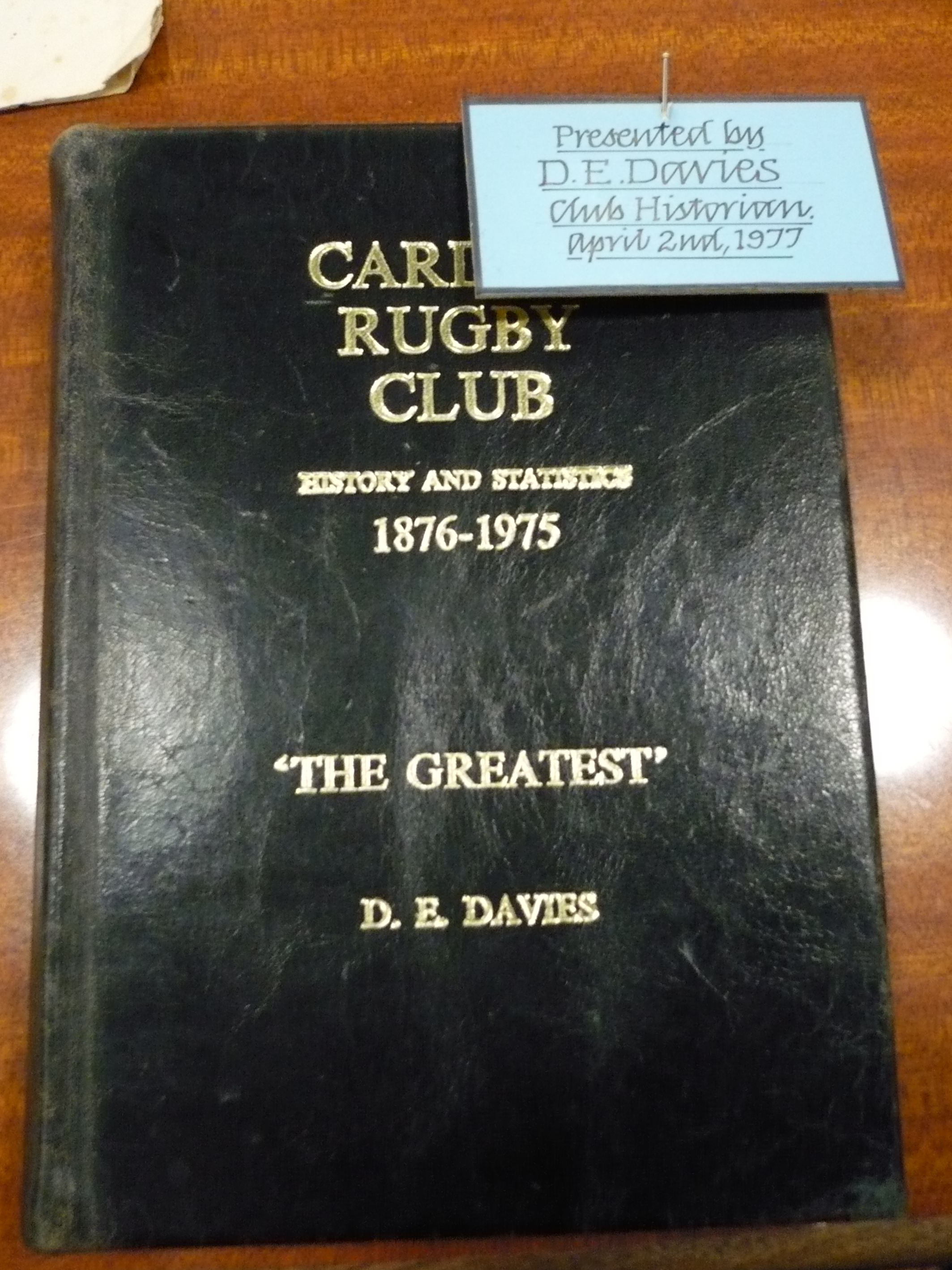 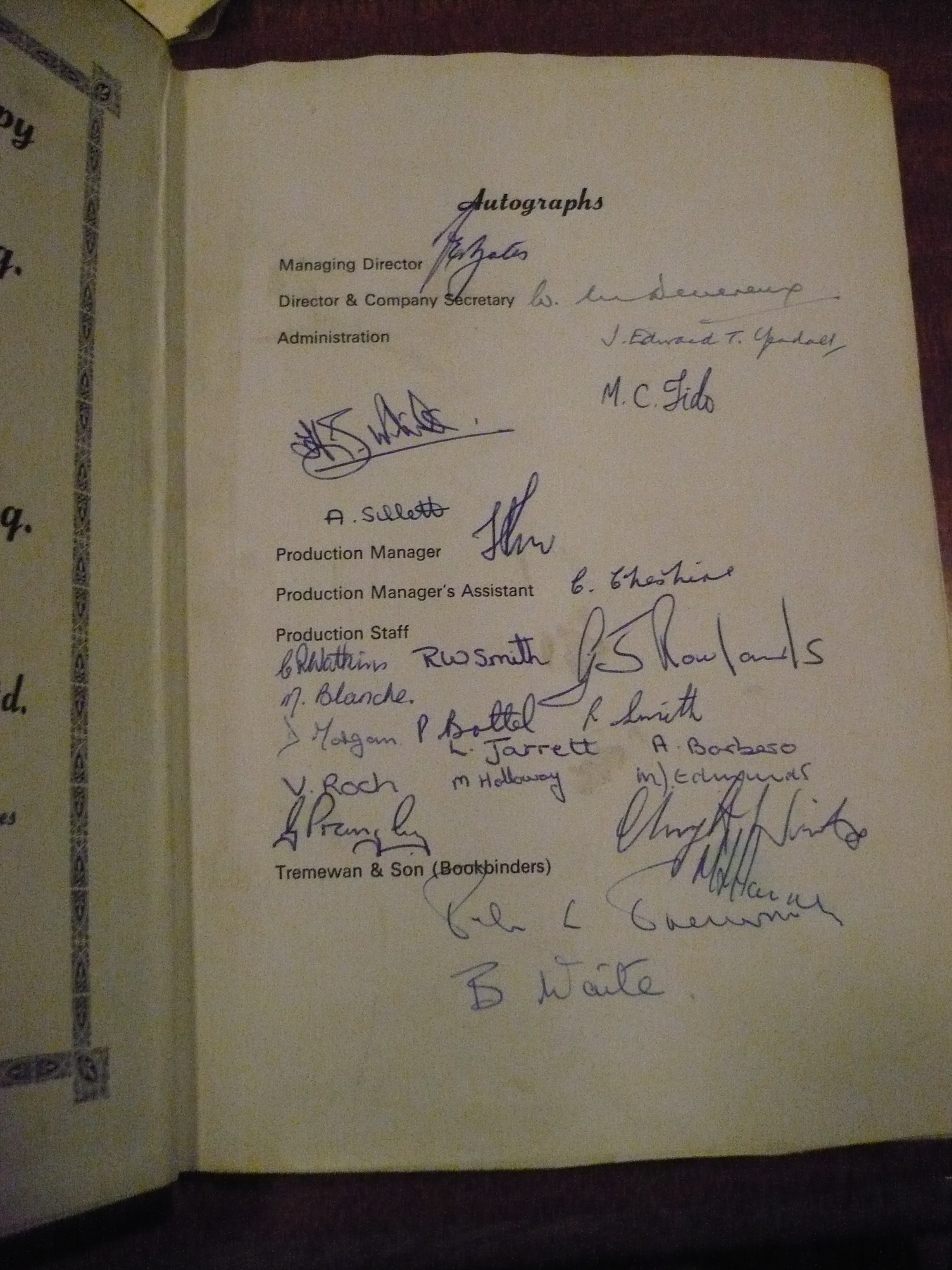