Object Id:
1001
Card from F & J Smith's series "Football Club Records" featuring Clem Lewis
Info:
Number 48 in a series of predominantly association football club records. Image is of C. Lewis and club record for season 1913-14 is on the reverse.
Clem Lewis was born in Nottage, Porthcawl and joined Cardiff in 1909 playing for the club until 1924. He won eleven caps for Wales either side of WW1 and captained his country on two occasions making his Welsh debut against England in 1912. Lewis also gained two 'blues' for Cambridge University and represented the Barbarians in 1915 against the South African W.P. Services.
Season:
1913/1914
Category:
Cigarette Card
Object Status:
On Loan to the CAC Collection
Owned By:
David Allen
Keywords:
Clem Lewis 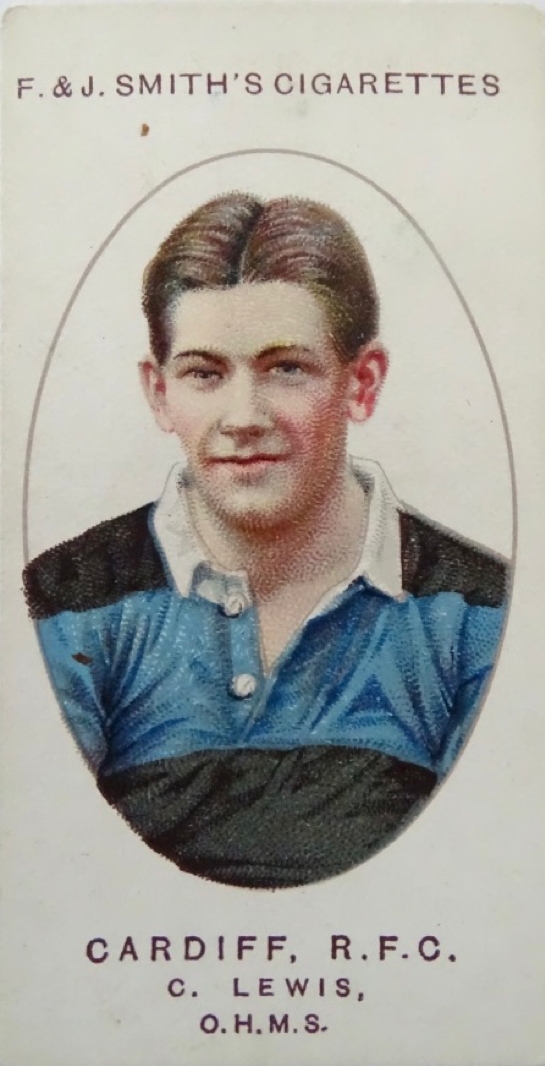 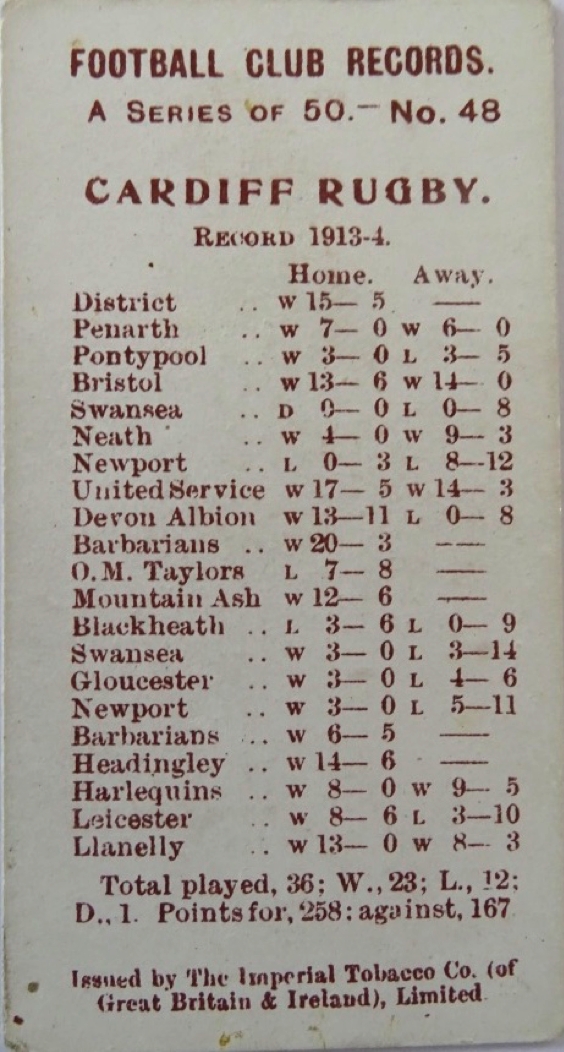