Object Id:
0002
Grogg of Bleddyn Williams in Lions kit
Info:
Bleddyn Williams is the most famous of a family of eight brothers who all played for Cardiff. Born in Taffs Well, he first played rugby for Cardiff Schools as a 14-year-old and then played for the Athletic XV. Barely three years later, he went on to captain the first team to a famous win over the 1953 New Zealand All Blacks.
Bleddyn learnt his rugby at Rydal School and then during the War years in the Royal Air Force, as a result he didn't make his first team debut for Cardiff until September 1945. The quality of his play in the next ten years earned him the unchallenged accolade of the "Prince of Centres".
In a ten-year career at the Arms Park he played 283 games, scoring 185 tries - a record that held for many years. When his playing days ended in 1955 against Llanelli, his team mates carried him shoulder high from the Arms Park for the last time.
His first international cap came against England in 1947 and he went on to win 22 in all, he also played for the Barbarians and for the Lions on their 1949/50 tour to Australasia playing in 21 games including five test matches. For many years Bleddyn was President of Cardiff Athletic Club. In 1999 Bleddyn Williams was inducted into the Cardiff Rugby Hall of Fame.
Category:
Grogg
Object Status:
CAC Collection
Donated By:
The Grogg Shop
Keywords:
Bleddyn Williams, Grogg, Lions 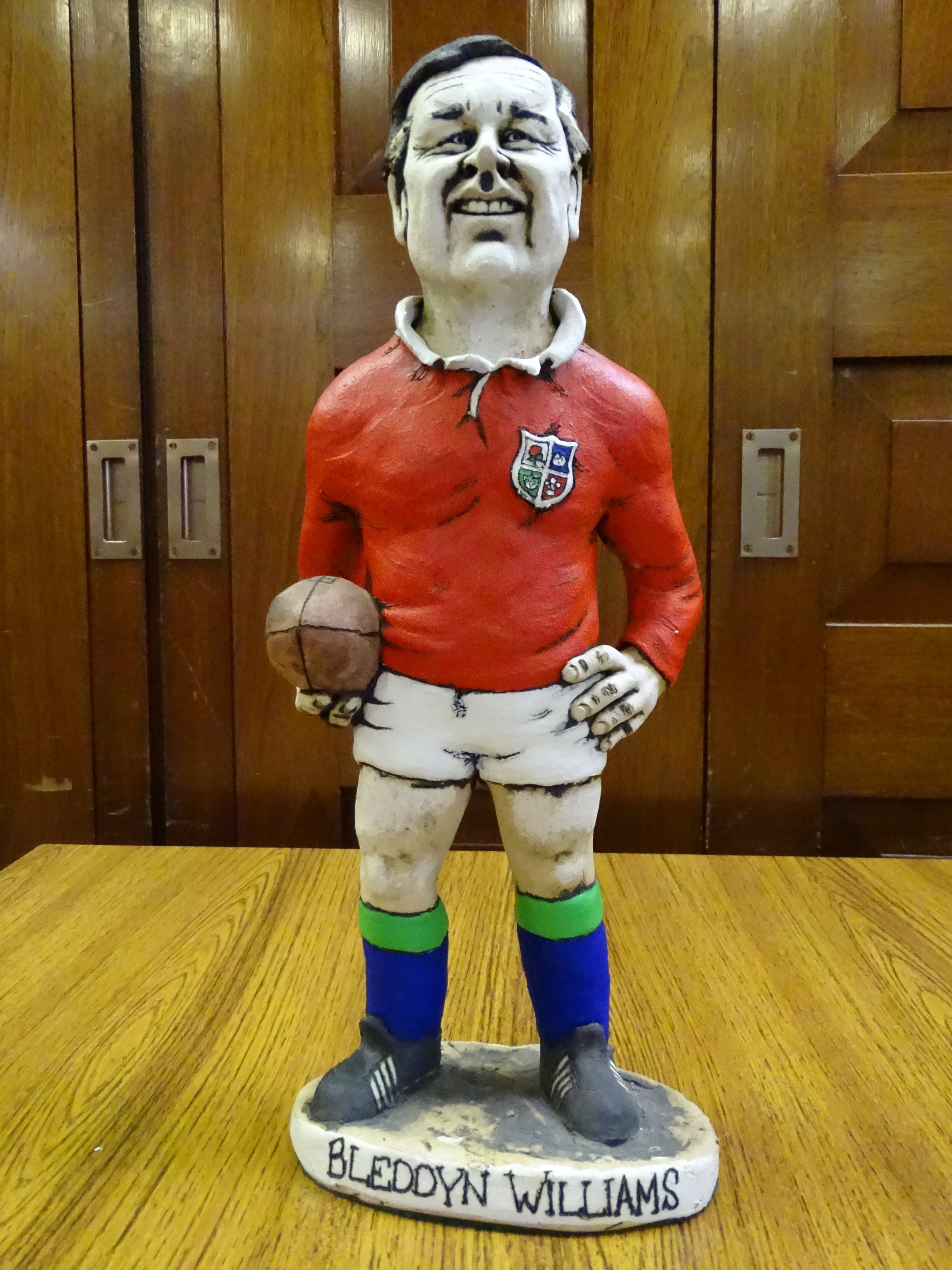 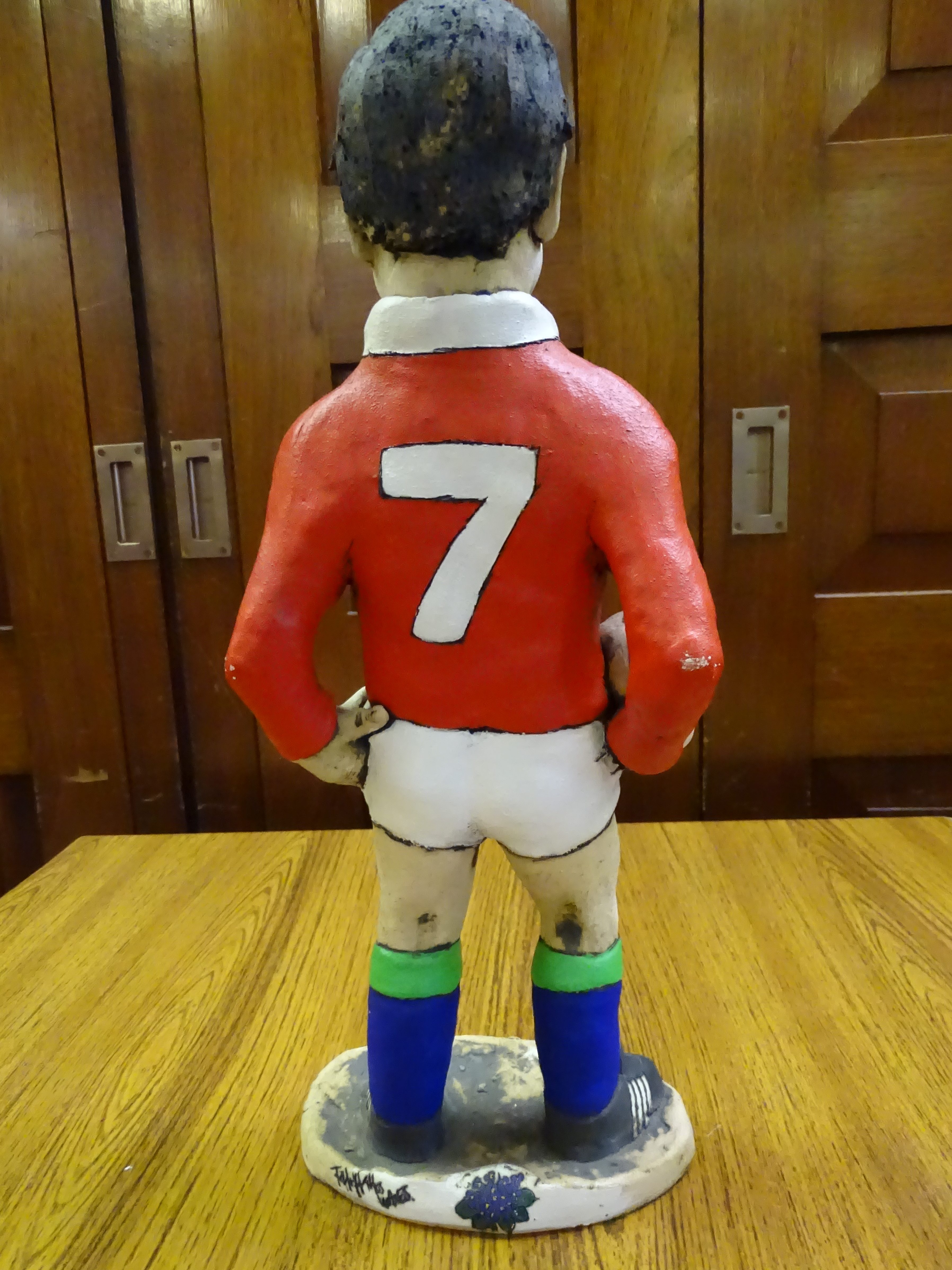 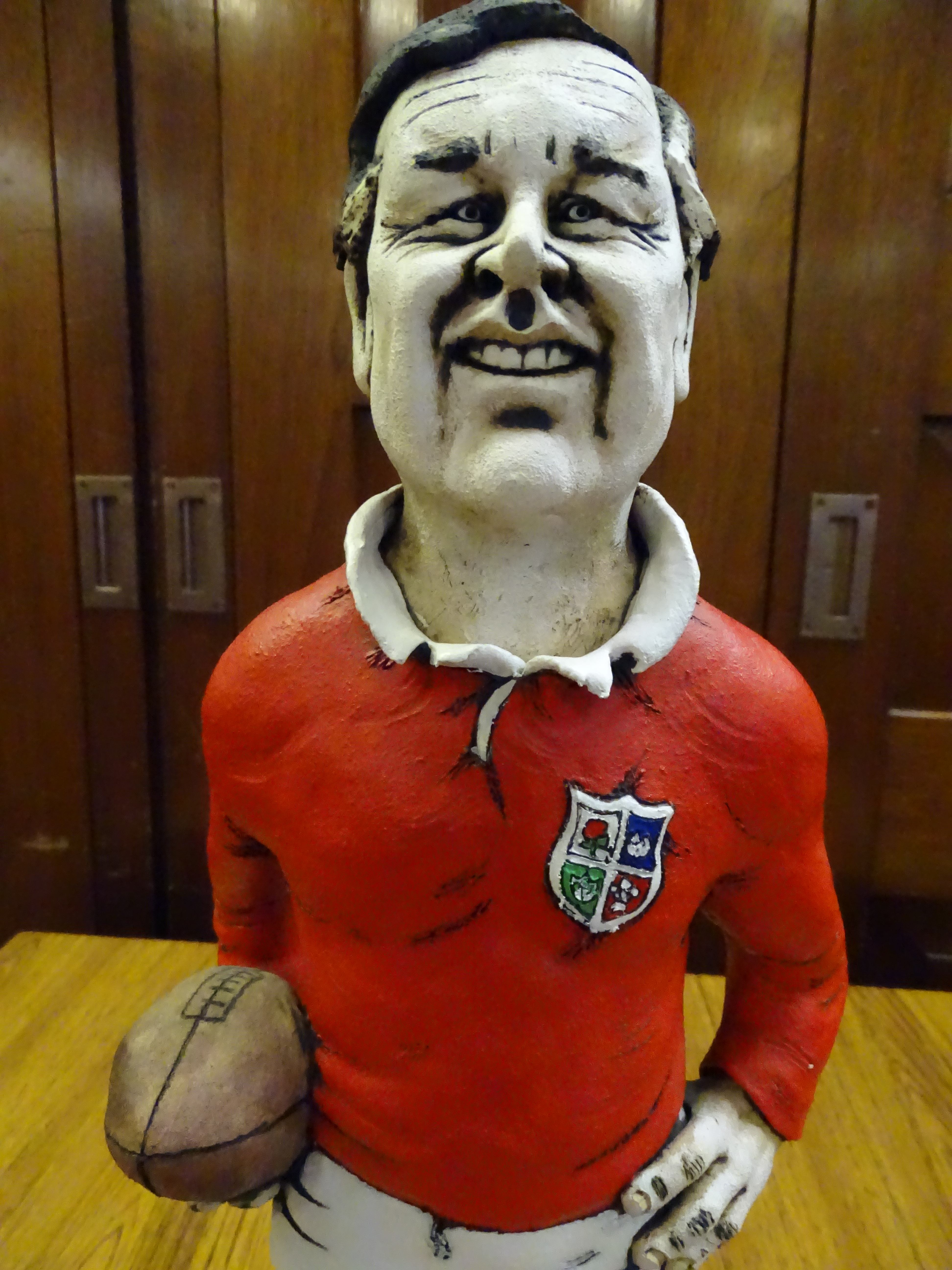 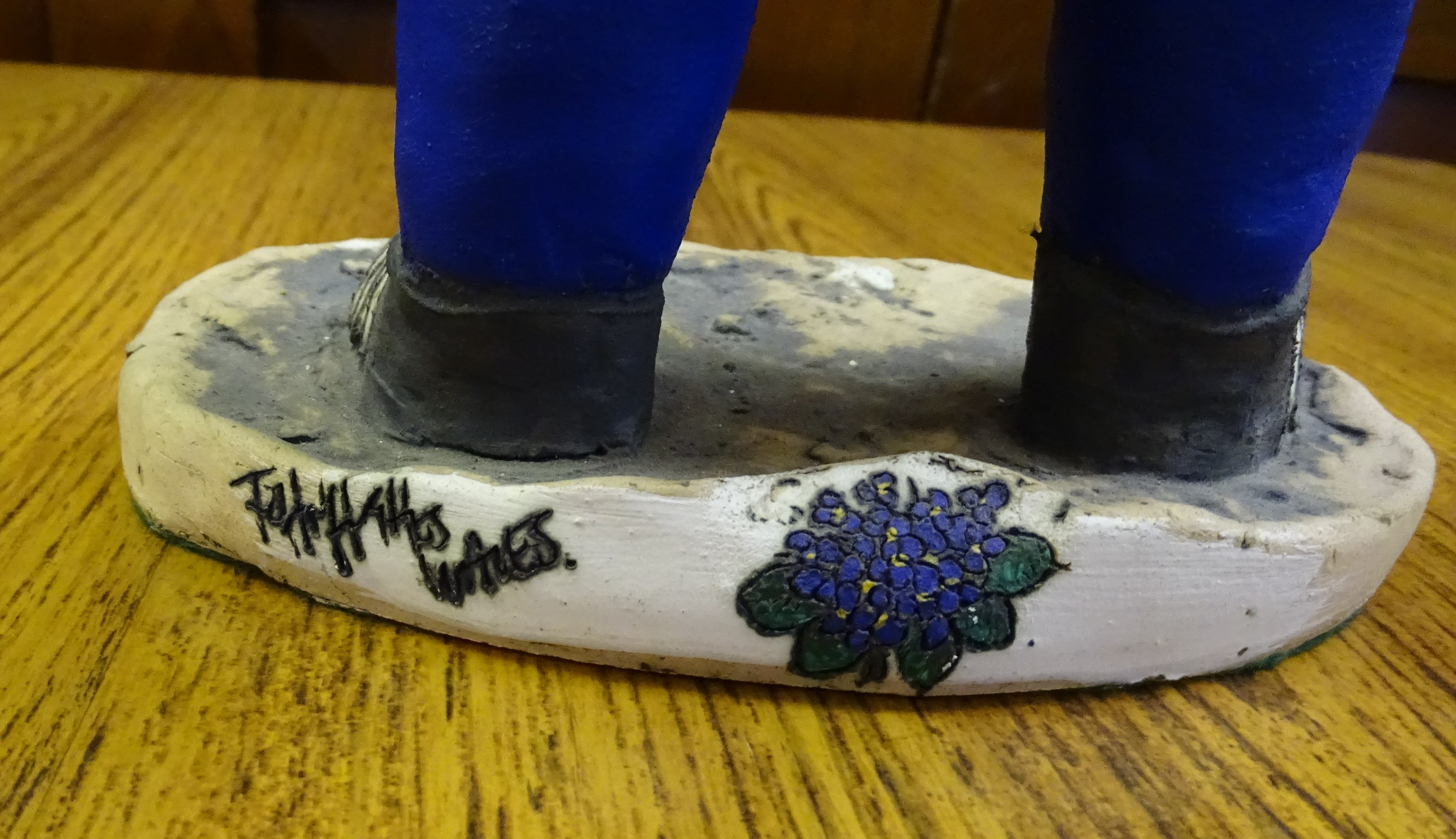