Object Id:
0901
Grogg of Leigh Halfpenny in Cardiff Blues kit
Info:
Issued to commemorate Leigh Halfpenny's departure from Cardiff to play for Toulon at the end of the 2013/14 season.
Leigh Halfpenny was born in Gorseinon and began his career with the Ospreys at age grade level, enjoying successful stints with both U18 and U20 squads before being called up to play for Wales U18s in the Home Nations Championship in 2006. The following season he was called up for U19s duty for Wales in the IRB Junior World Cup. When he started in University ahead of the 2007-2008 season Halfpenny made the switch from the Ospreys to Cardiff. After 21 games for Cardiff he made his Cardiff Blues debut, against Ulster at Ravenhill, in May 2008 scoring three conversions in the 26 - 17 victory. His first cap for Wales came in the opening game of the autumn internationals, against World Champions South Africa, on November 8th 2008, and at the end of the season he was selected for the Lions tour of South Africa.  In 2011 he played for Wales in the World Cup held in New Zealand, where his last minute penalty to win the semi-final against France fell agonisingly short. Two more successful Lions tours followed in 2013 to Australia and 2017 to New Zealand. After a number of seasons with Cardiff and Cardiff Blues, Leigh signed for Racing Club Toulonnais in France where he was part of a European Cup winning squad before returning to South Wales with the Scarlets.
Season:
2013/2014
Category:
Grogg
Object Status:
Private Collection
Keywords:
Grogg 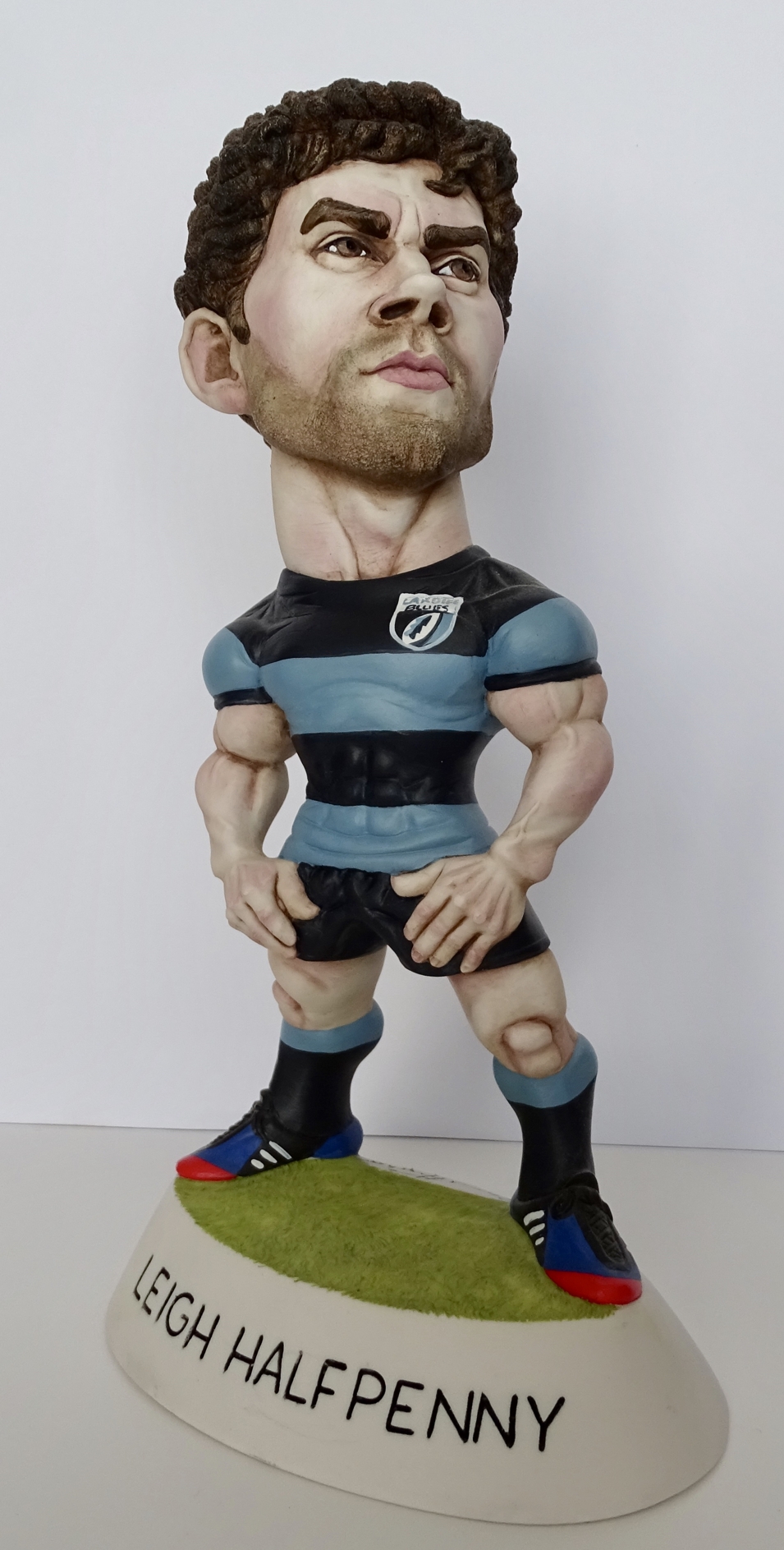 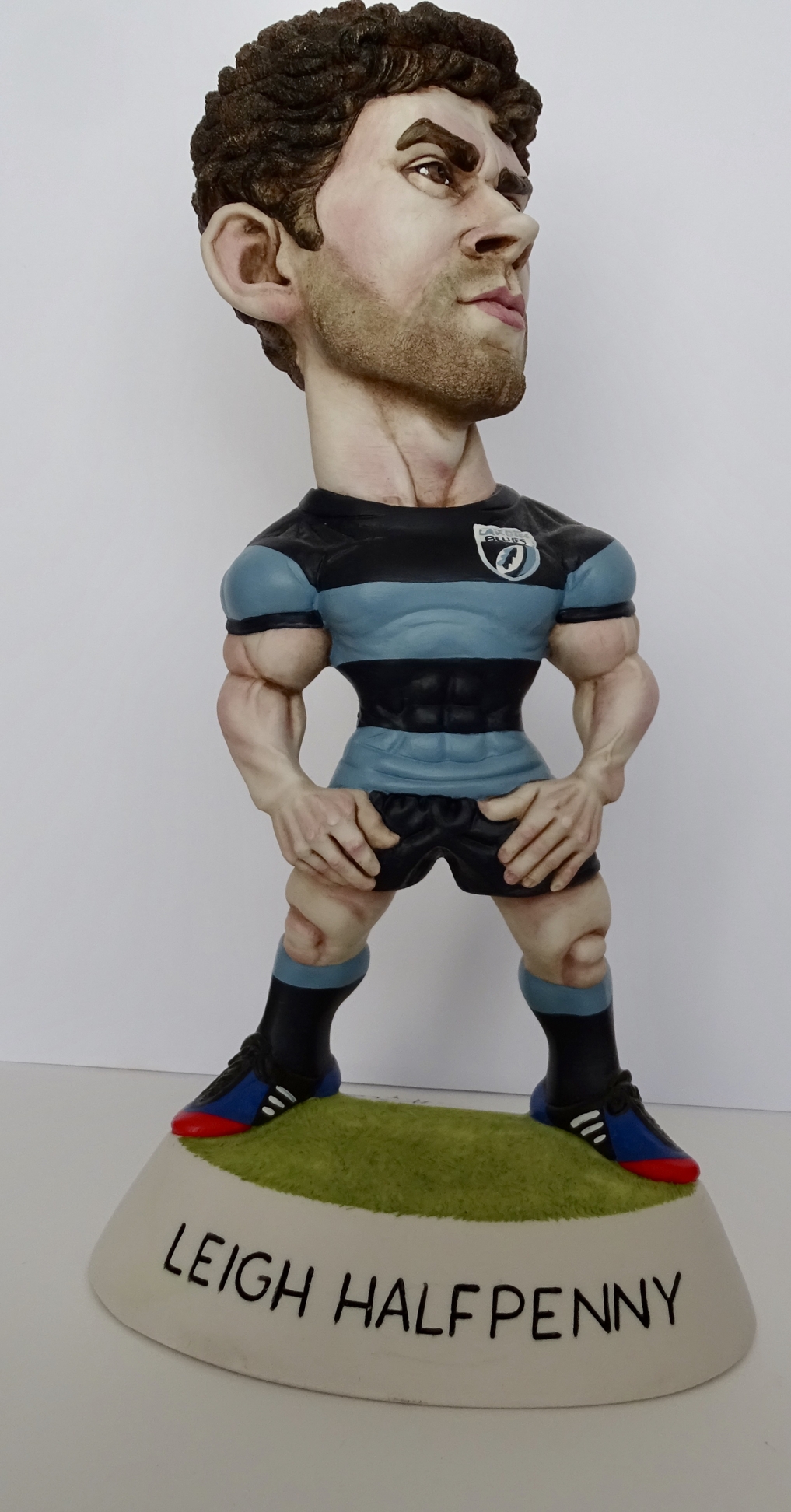 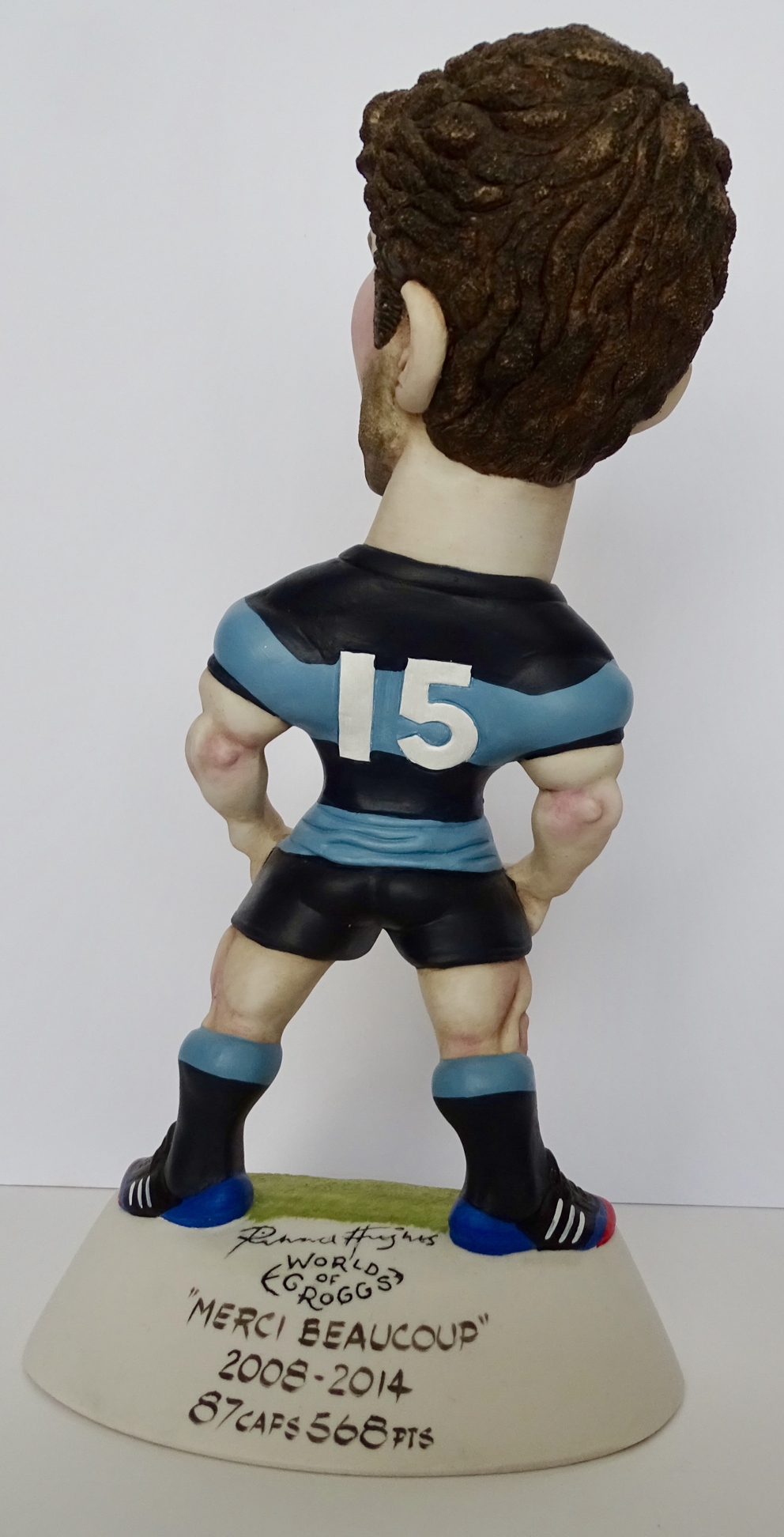 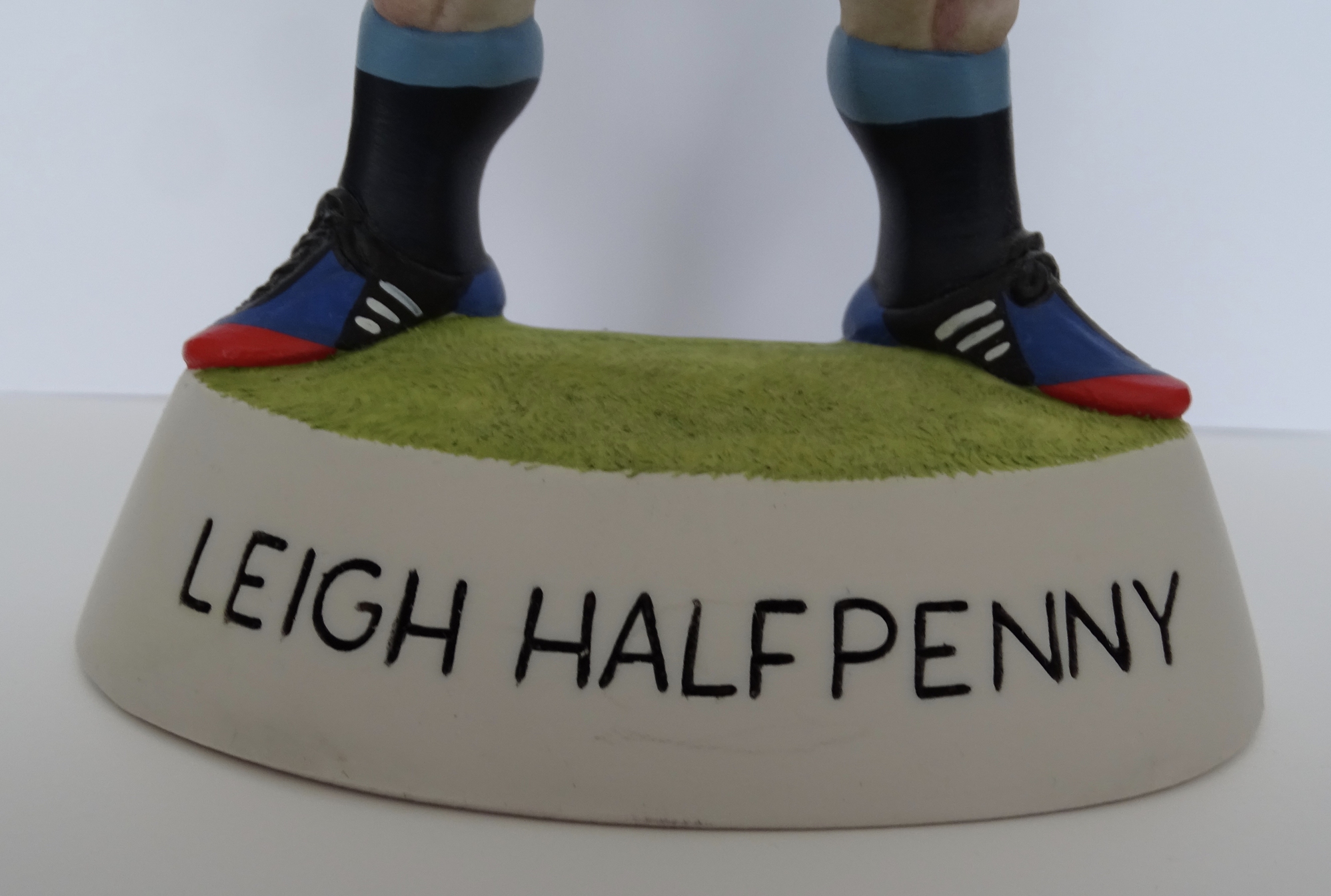 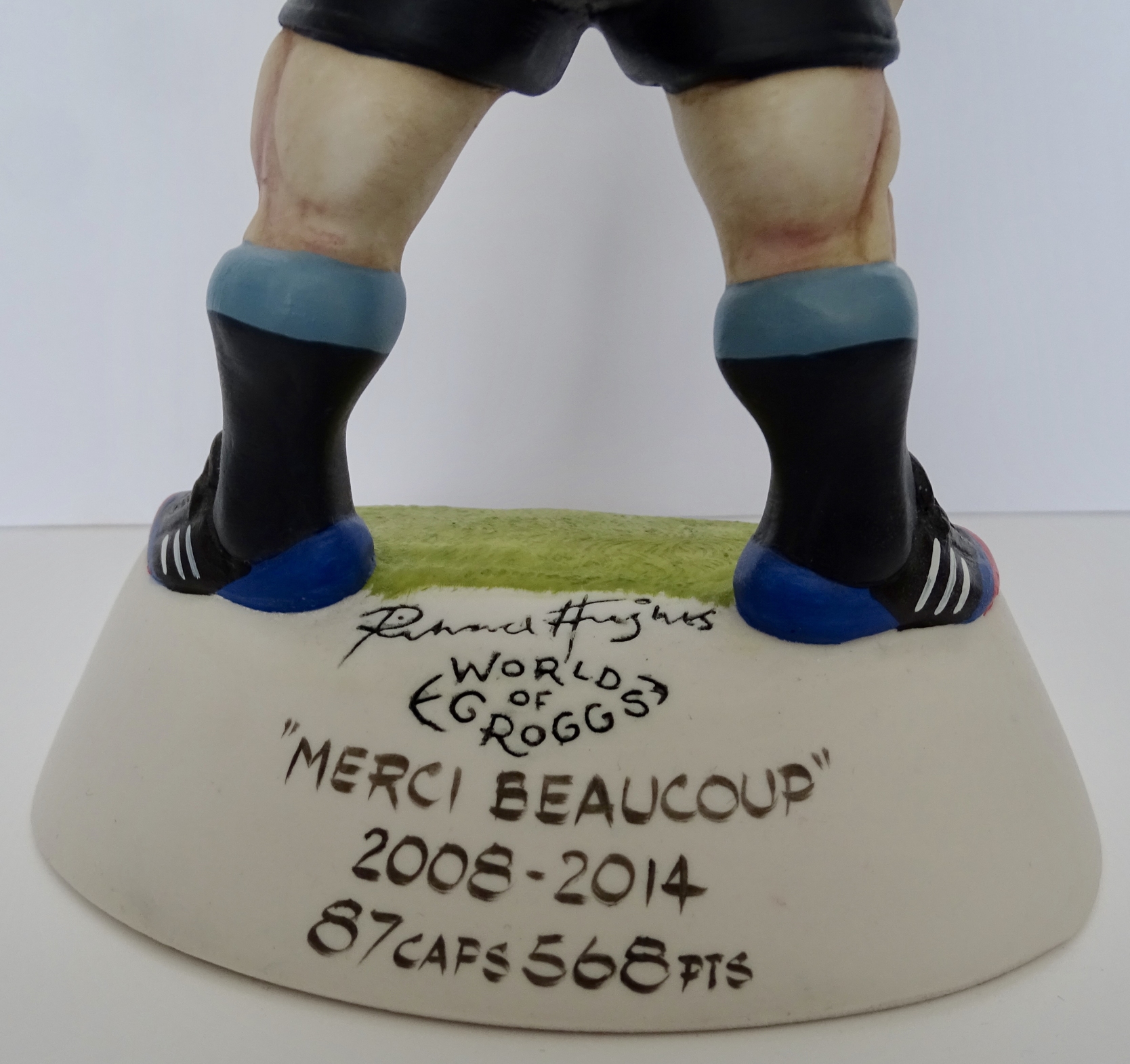