Object Id:
0824
Grogg of Terry Holmes in Wales kit.
Info:
Terry Holmes joined Cardiff Youth at the age of 16 and progressed through to the senior side making his first team debut in 1975. A robust scrum half he was happy running with ball in hand or taking on any opposing back-row. His partnership with Gareth Davies was a major factor in Cardiff being regarded as the best club team in the world at the time. Holmes played against all the major touring nations for the Blue and Blacks including the Grand Slam winning Australian side of 1984 a game that Cardiff won 16 - 12. His retirement from rugby union came in 1985, ten years after his debut, when he became one of the big names to “go north” to join Bradford for £80,000. Injuries curtailed his rugby league career and he retired from rugby two years later.
He won 25 Wales caps and was selected for two British and Irish Lions tours - South Africa in 1980 and New Zealand in 1983.
After retirement from playing he went into coaching, becoming Head Coach at the Arms Park from 1996 to 1997 and later joining the coaching staff at Caerphilly.
In 1999 Terry Holmes was inducted into the Cardiff Rugby Hall of Fame.
Category:
Grogg
Object Status:
Private Collection
Keywords:
Terry Holmes, Grogg 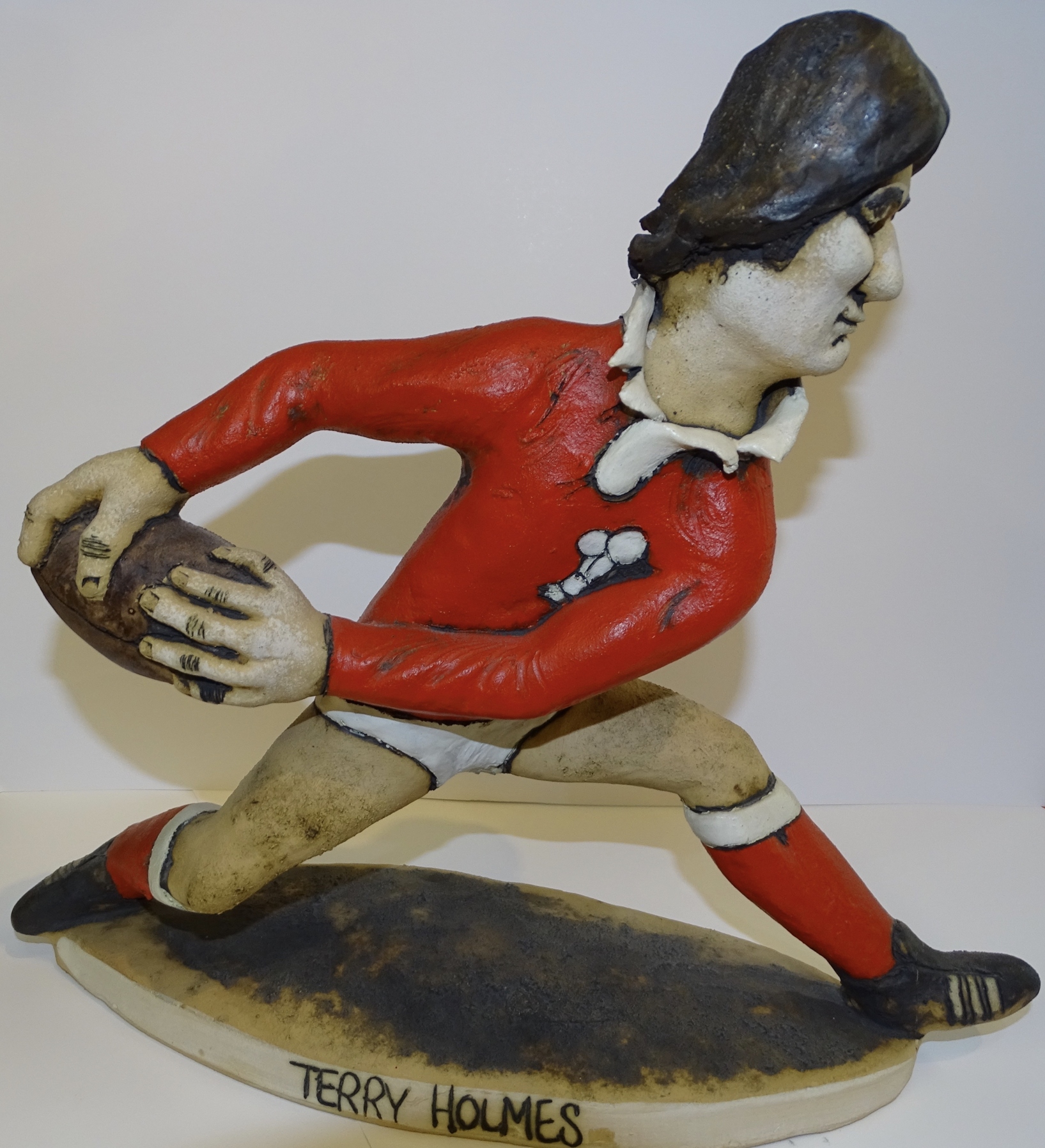 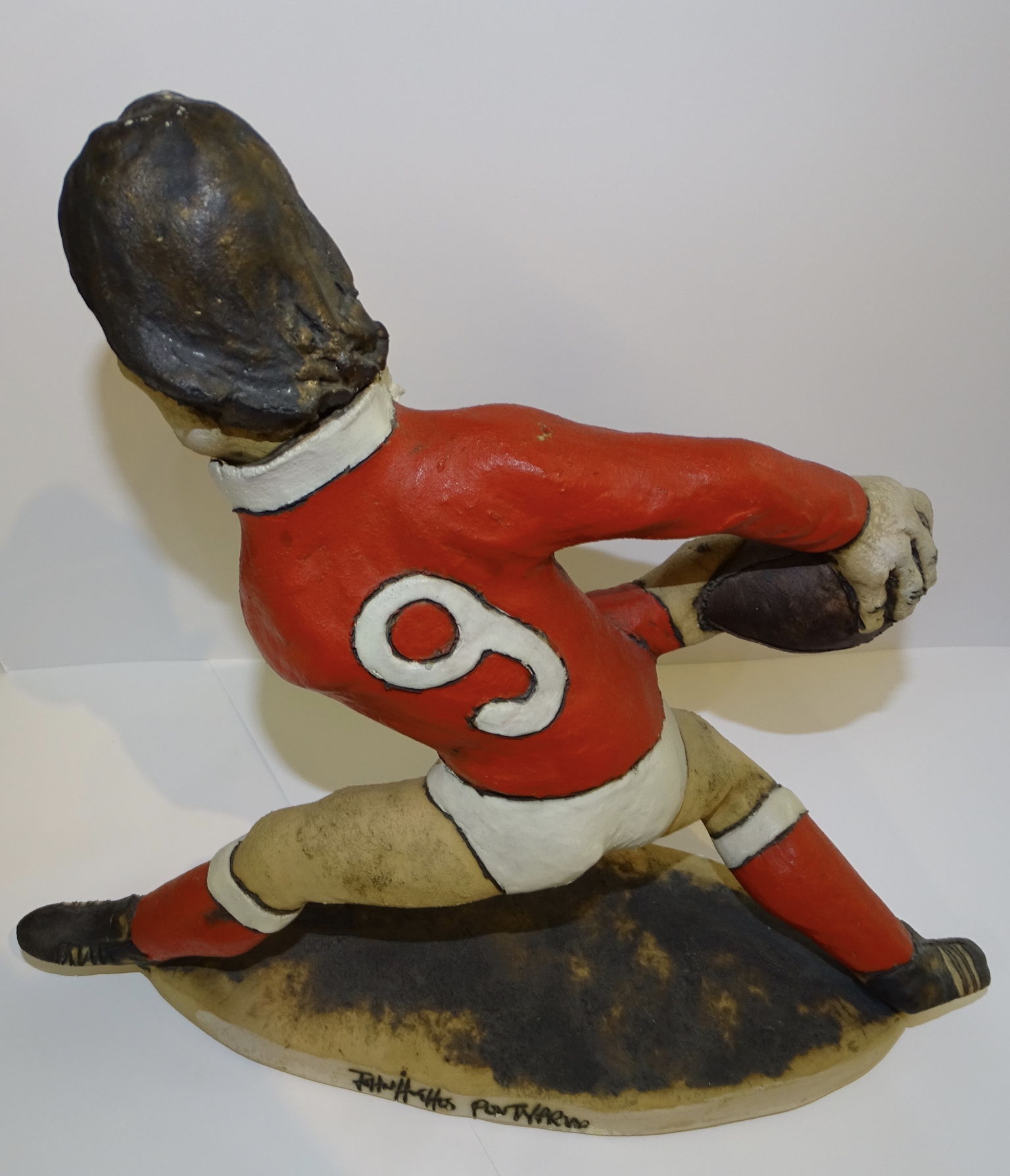 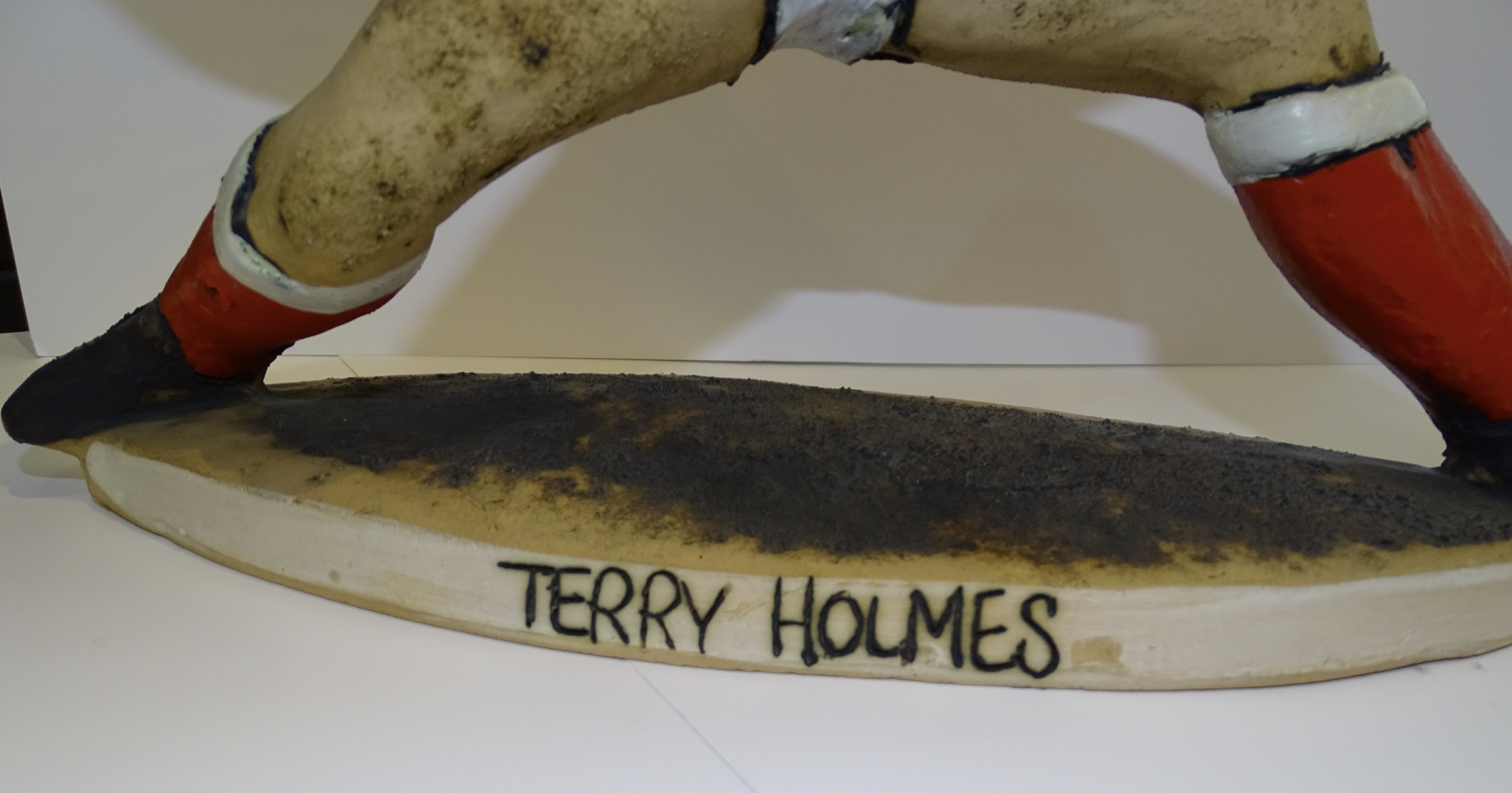