Object Id:
0359
Info:
Stade Bordelais 5 - 21 Cardiff
The match involved the Cardiff party in five days' travel to France by train and boat from 10 a.m. Thursday 18th February until Monday 21st February 9 p.m. at Cardiff Station. The French club were quite a good one by French standards of the time, having won their championship six times out of eleven occasions, but Cardiff gave a splendid display to win the match by 21 points to 5 in which Gwyn Nicholls was made the hero having scored three tries. The club's expenditure of £264 on the trip was criticised at the following A.G.M., but the match was a stimulation to French Rugby and it added to Cardiff's prestige.
Season:
1908/1909
Category:
Tour Book
Object Status:
CAC Collection
Keywords:
French Club 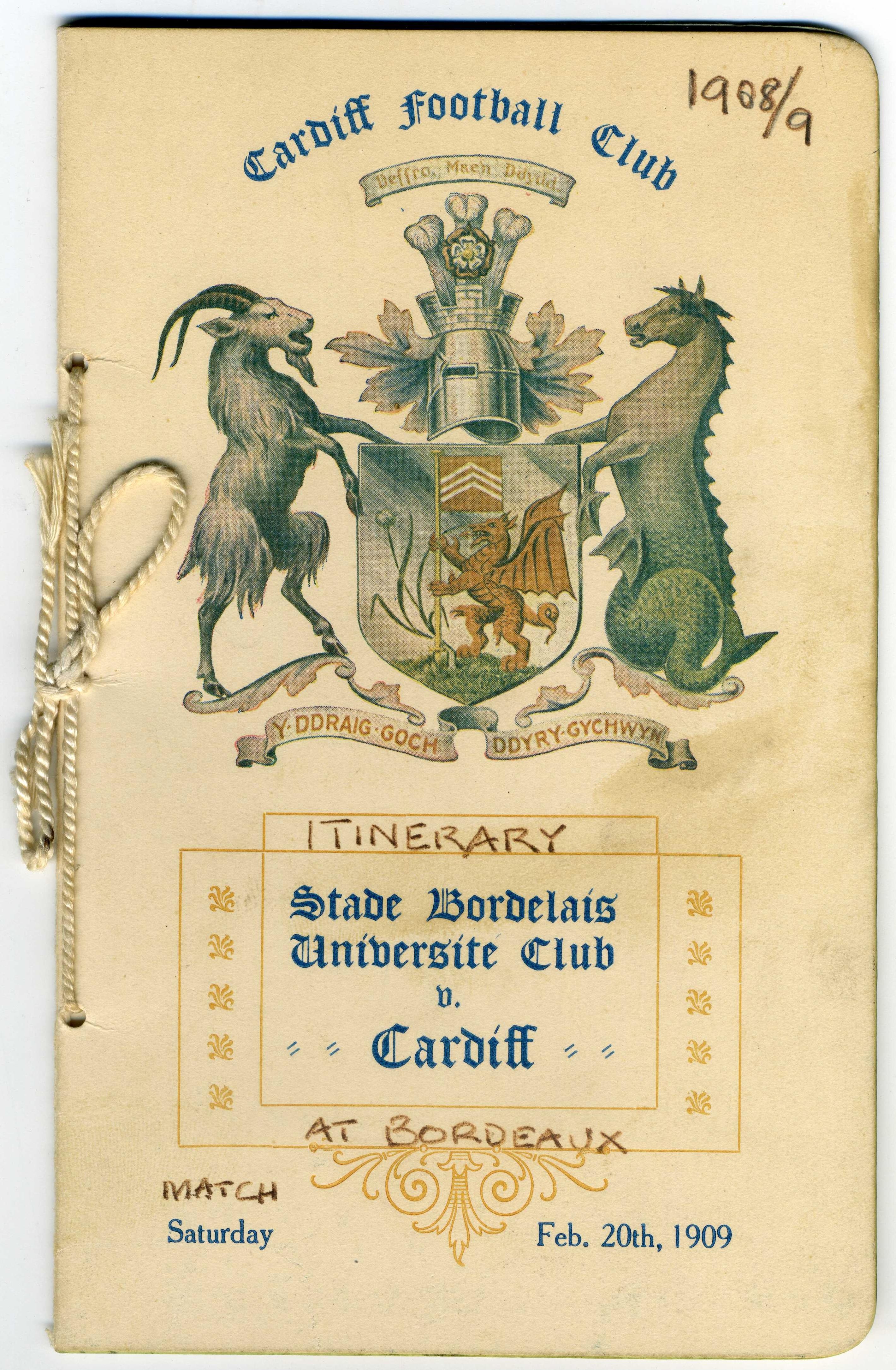 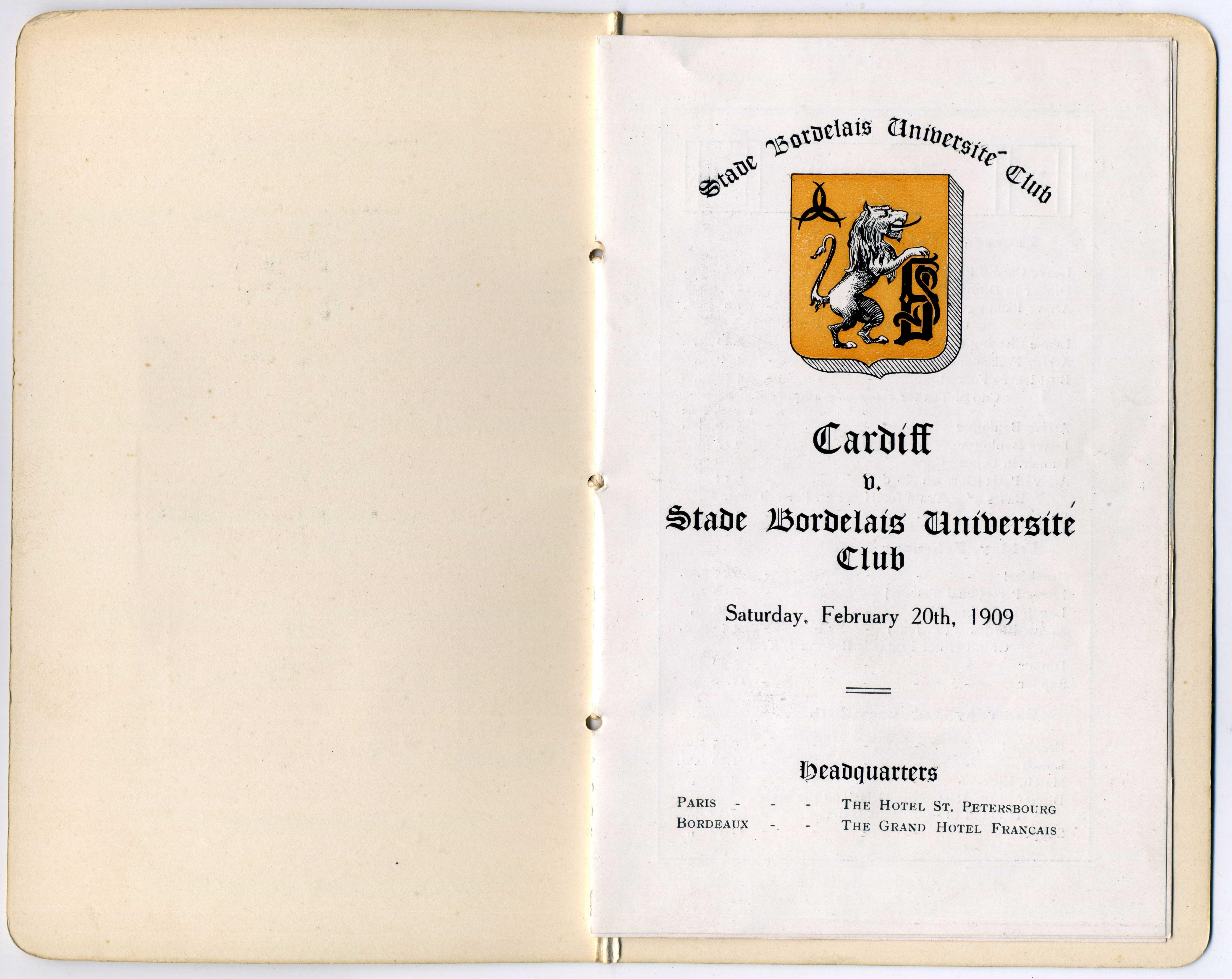 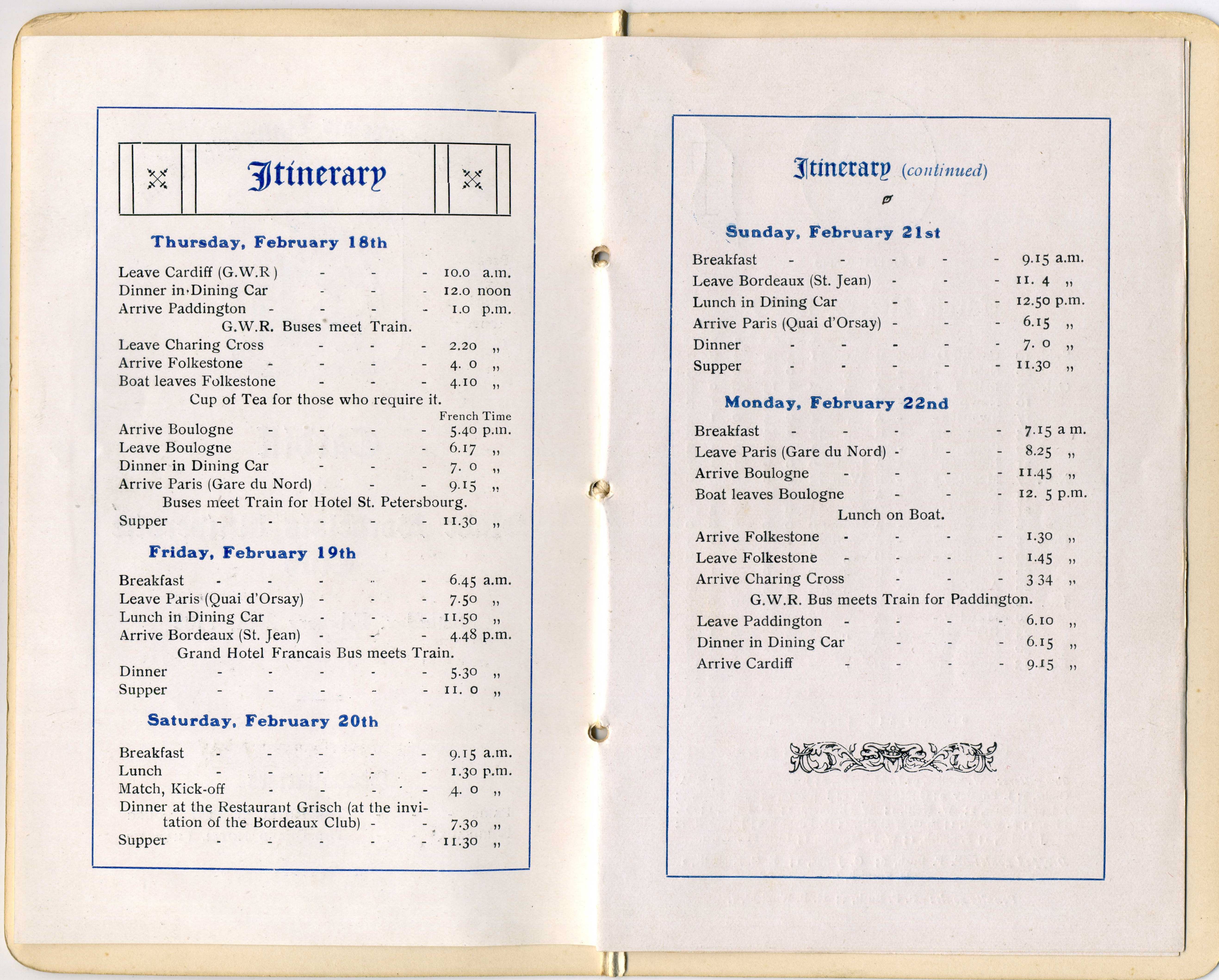 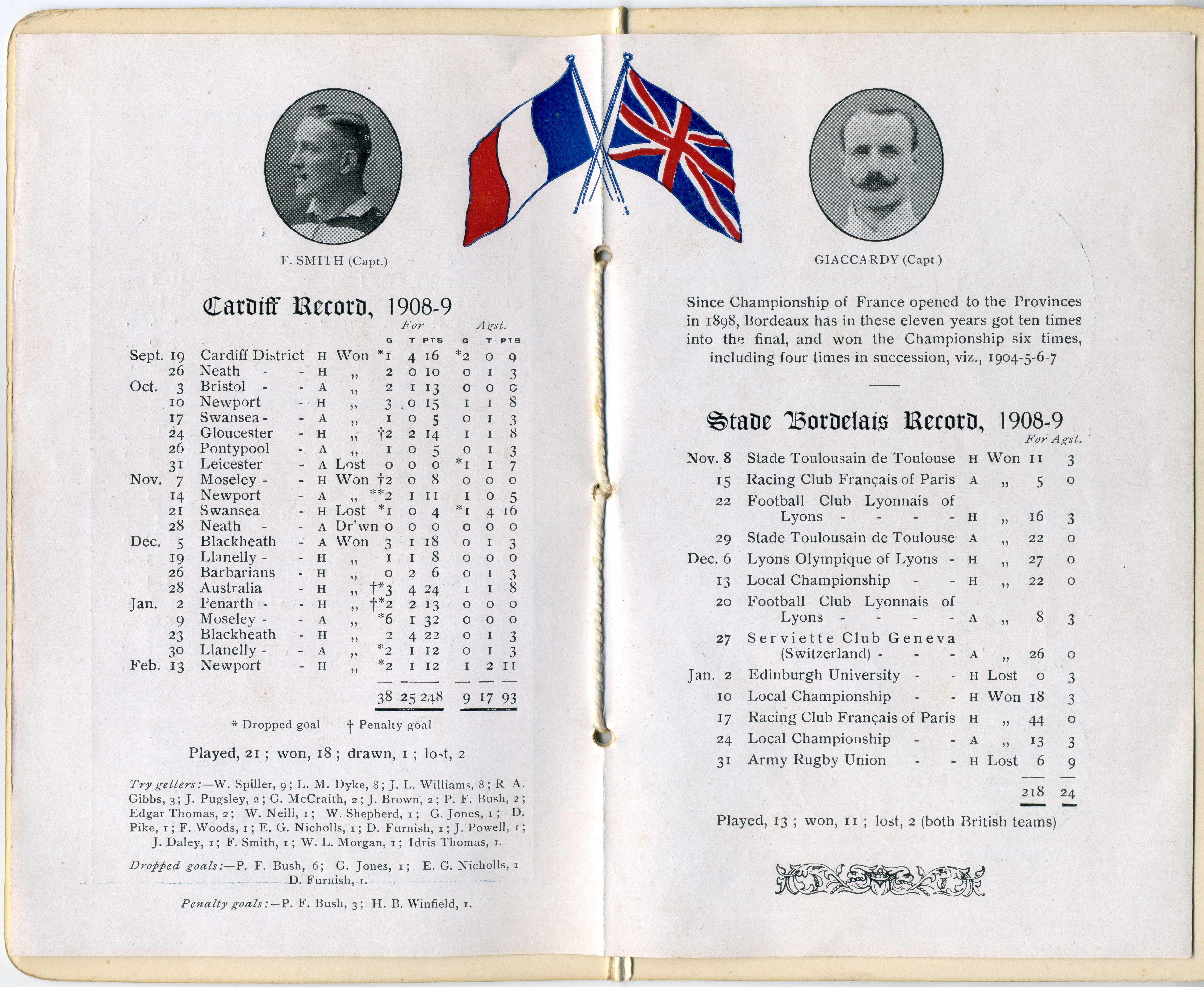 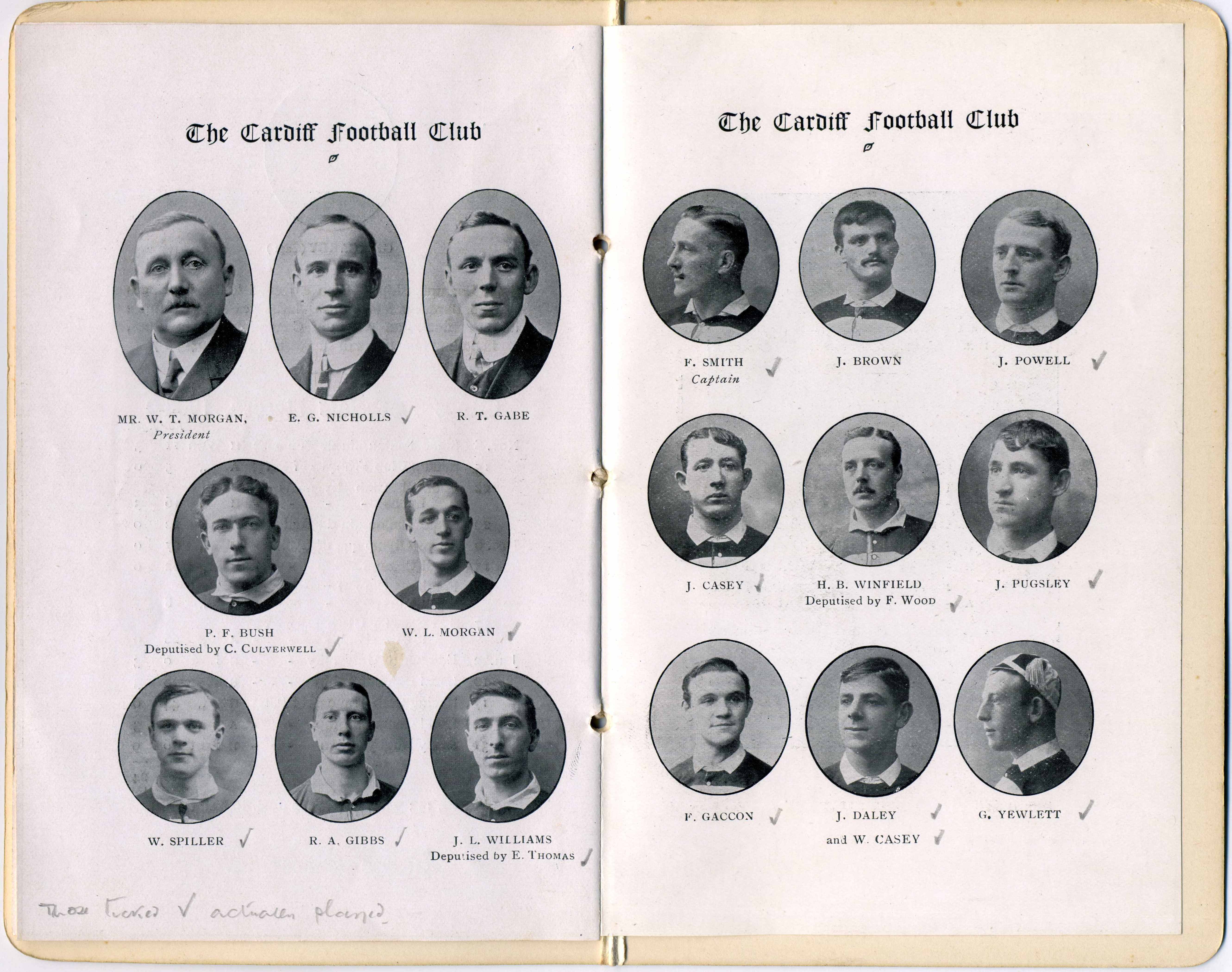 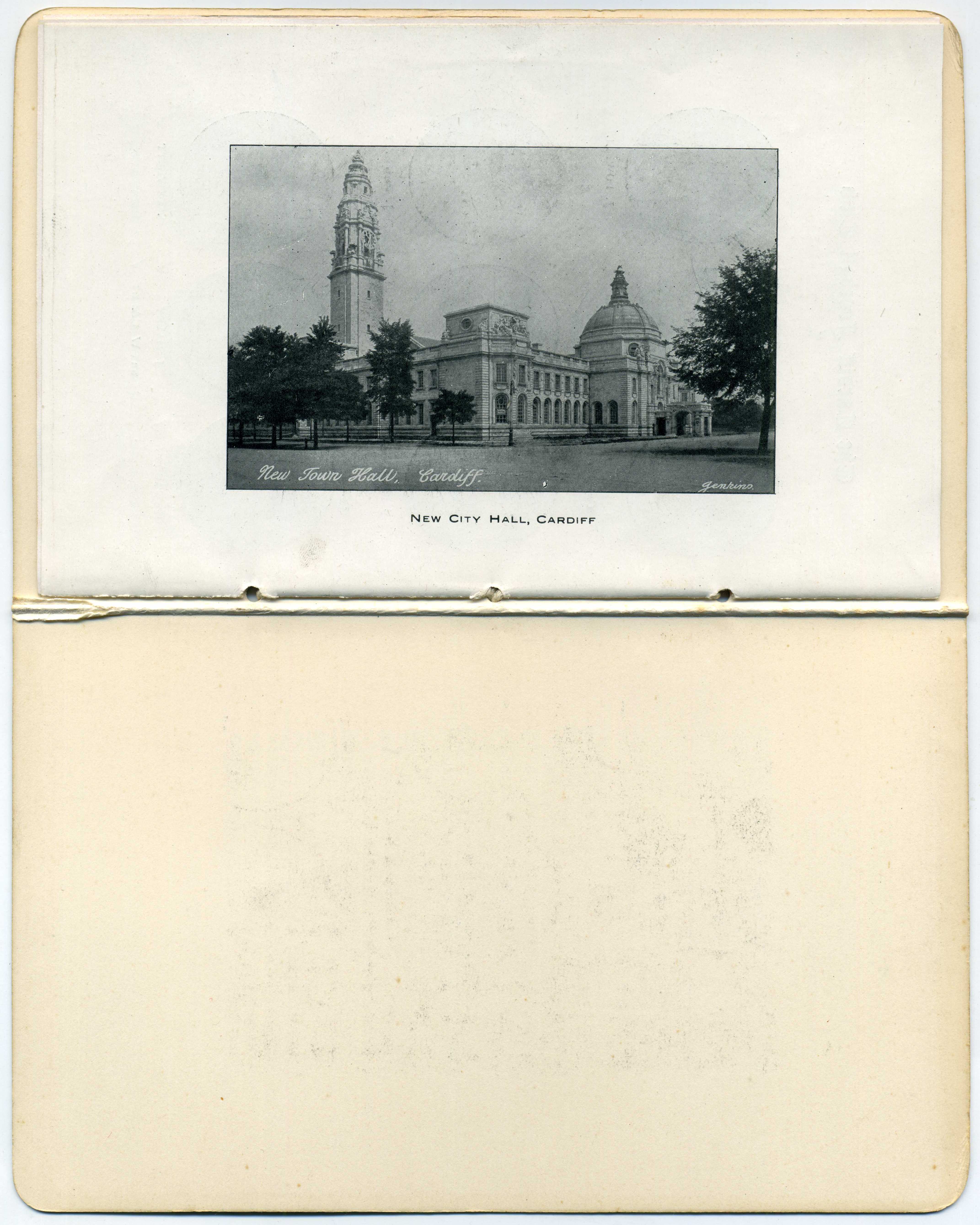