Object Id:
0309
Jersey from Ireland's tour of Argentina in 1952.
Info:
Probably brought back by Des O'Brien, who played for Cardiff at that time, and represented Ireland on that tour.
Desmond Joseph O'Brien was born in Dublin in 1919, he was one of the greatest back-row forwards of his era and one of Irelands all time sportsman. As well as being capped 20 times for Ireland, he played 14 internationals at squash, was a Welsh hockey international and tennis reserve. He won his first Irish cap at the age of 28 against England in 1948, and was captain for five games in 1951/52. Joining Cardiff in 1950/51 he played 31 matches and was asked to captain the side the following season, he declined and retired from the game. After retiring from rugby he went on to play hockey and was captain of the Cardiff hockey club and also represented Wales.
In 1966 Des was manager of the British Lions tour to Australia and New Zealand.
Season:
1952/1953
Category:
Jersey
Object Status:
CAC Collection
Keywords:
Argentina, Jersey 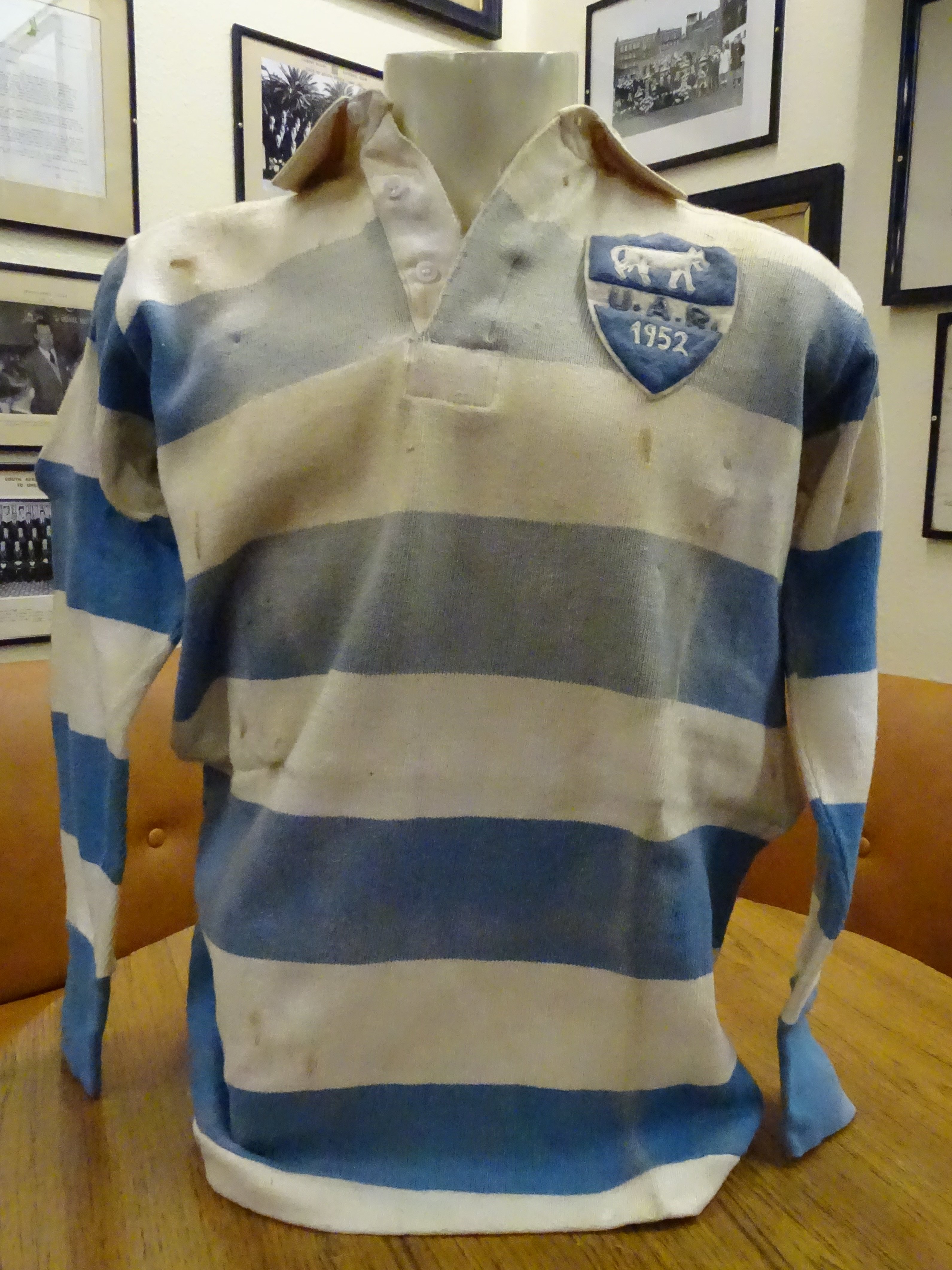 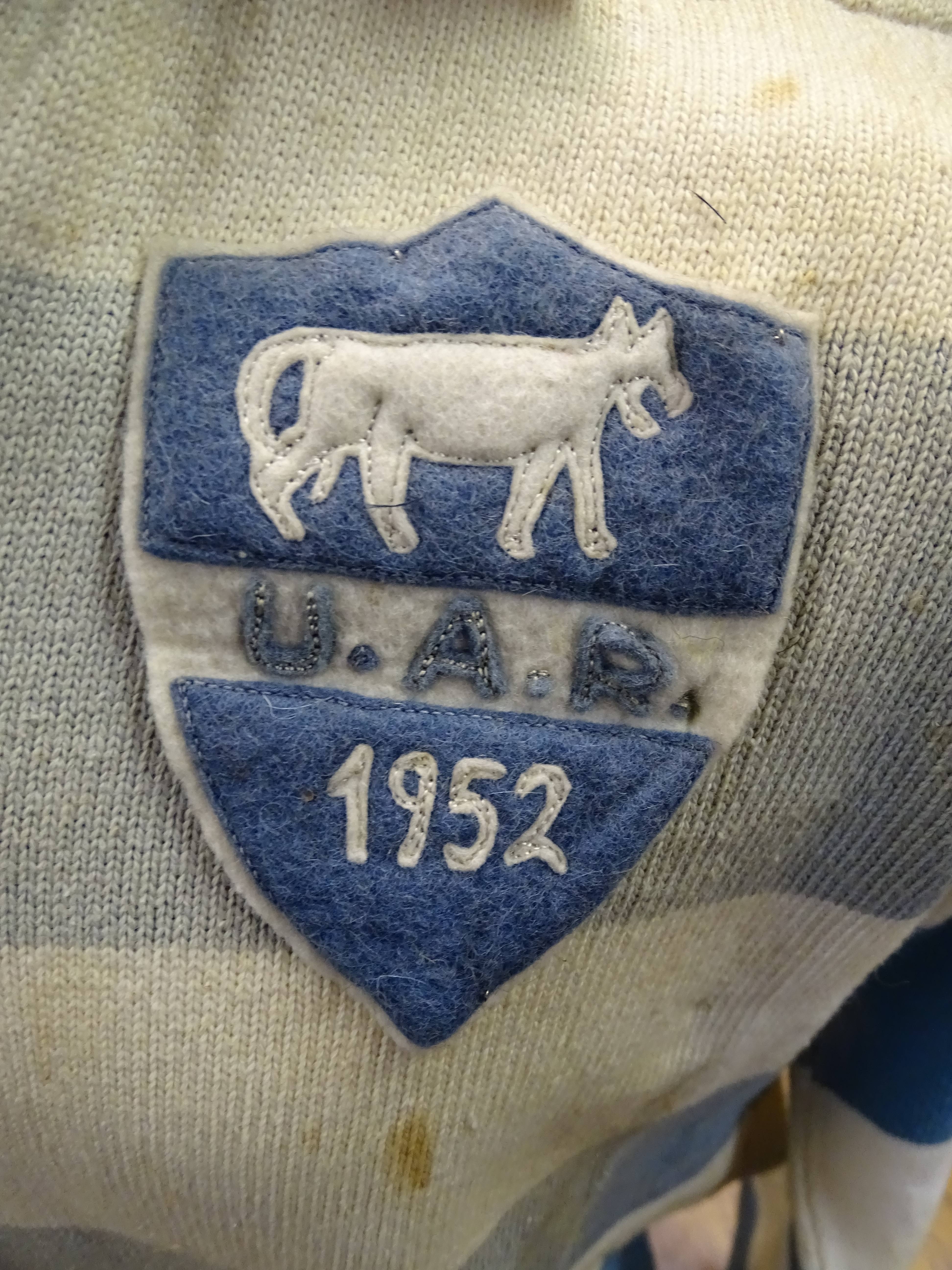 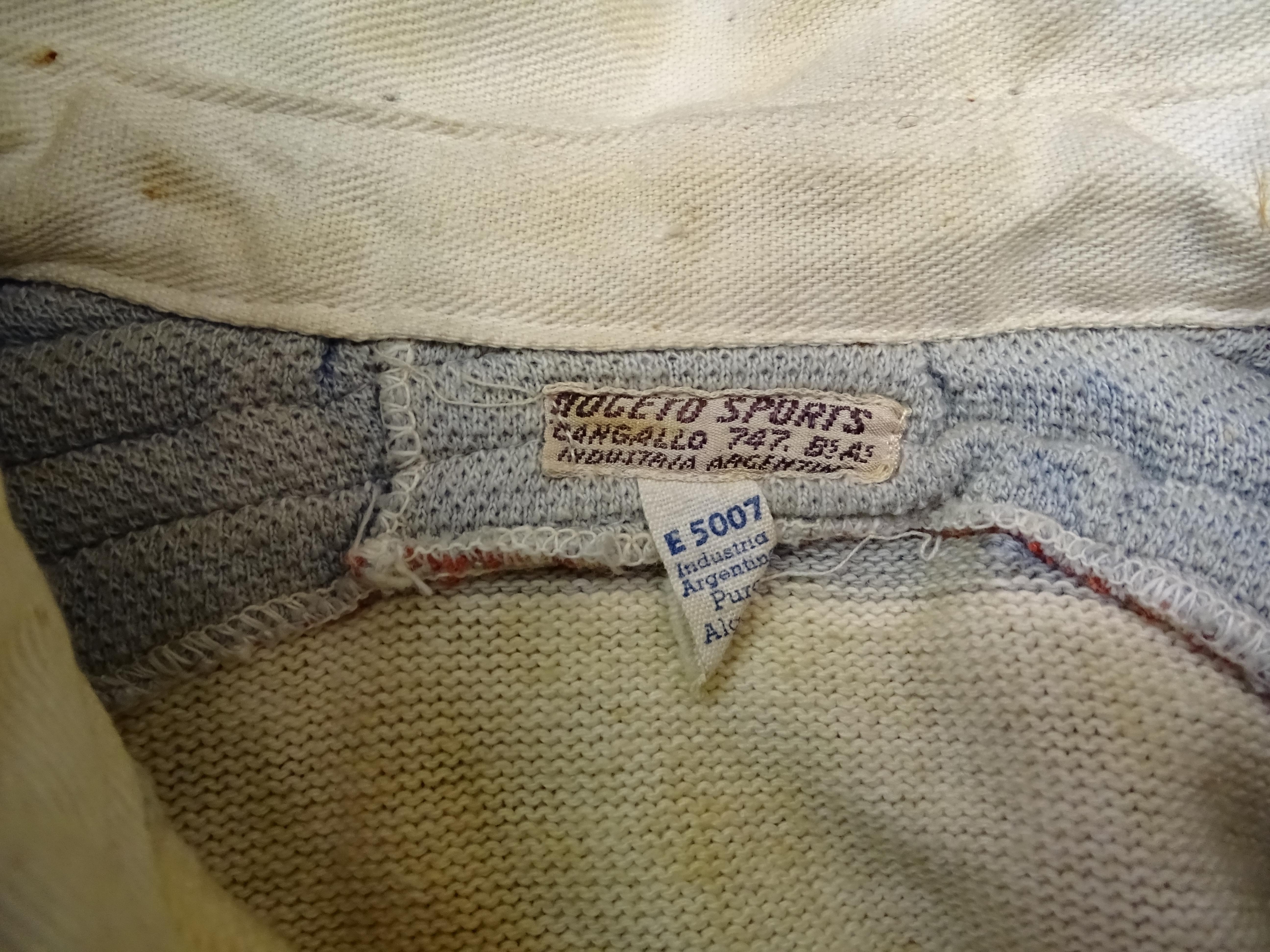 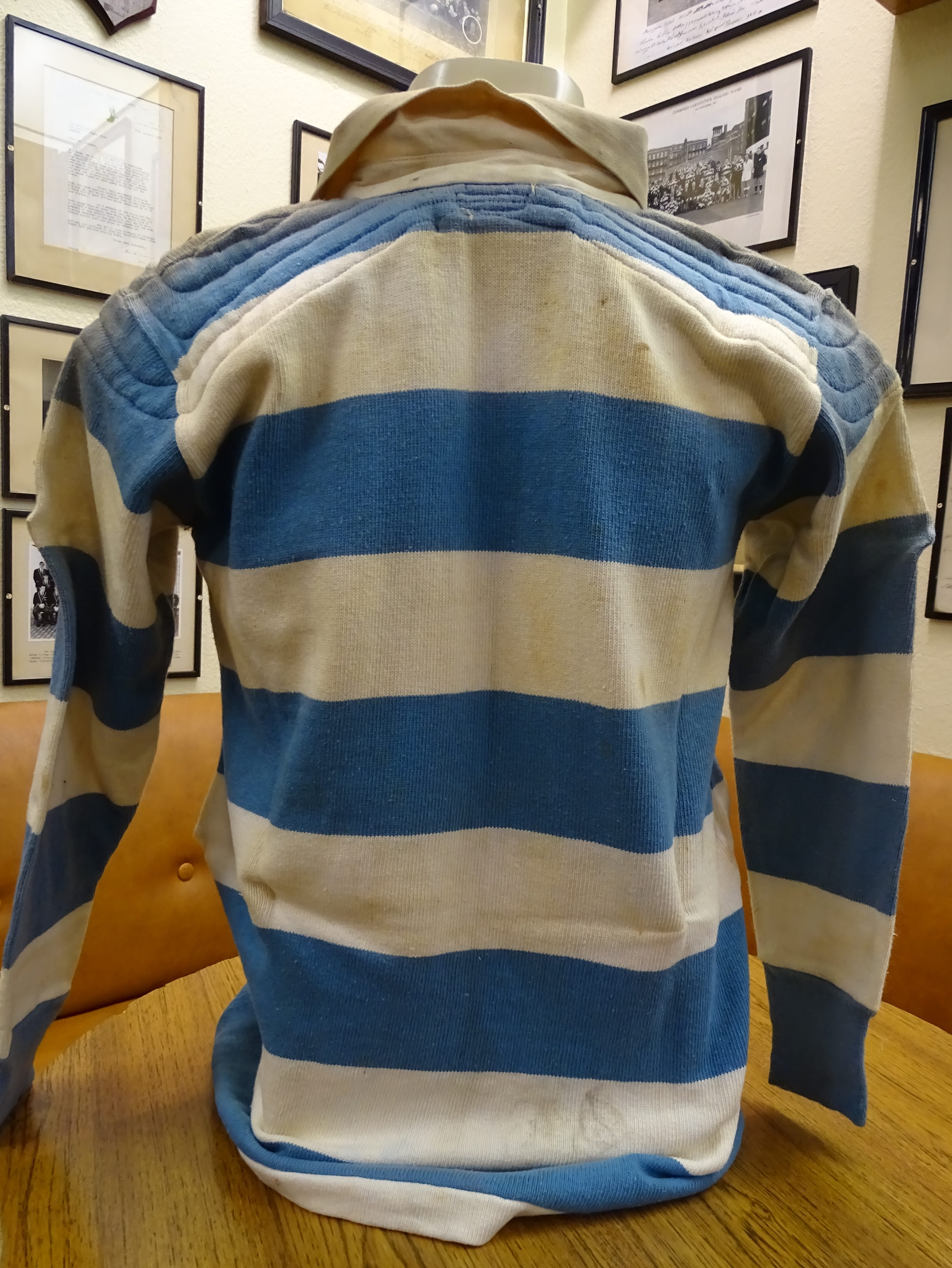 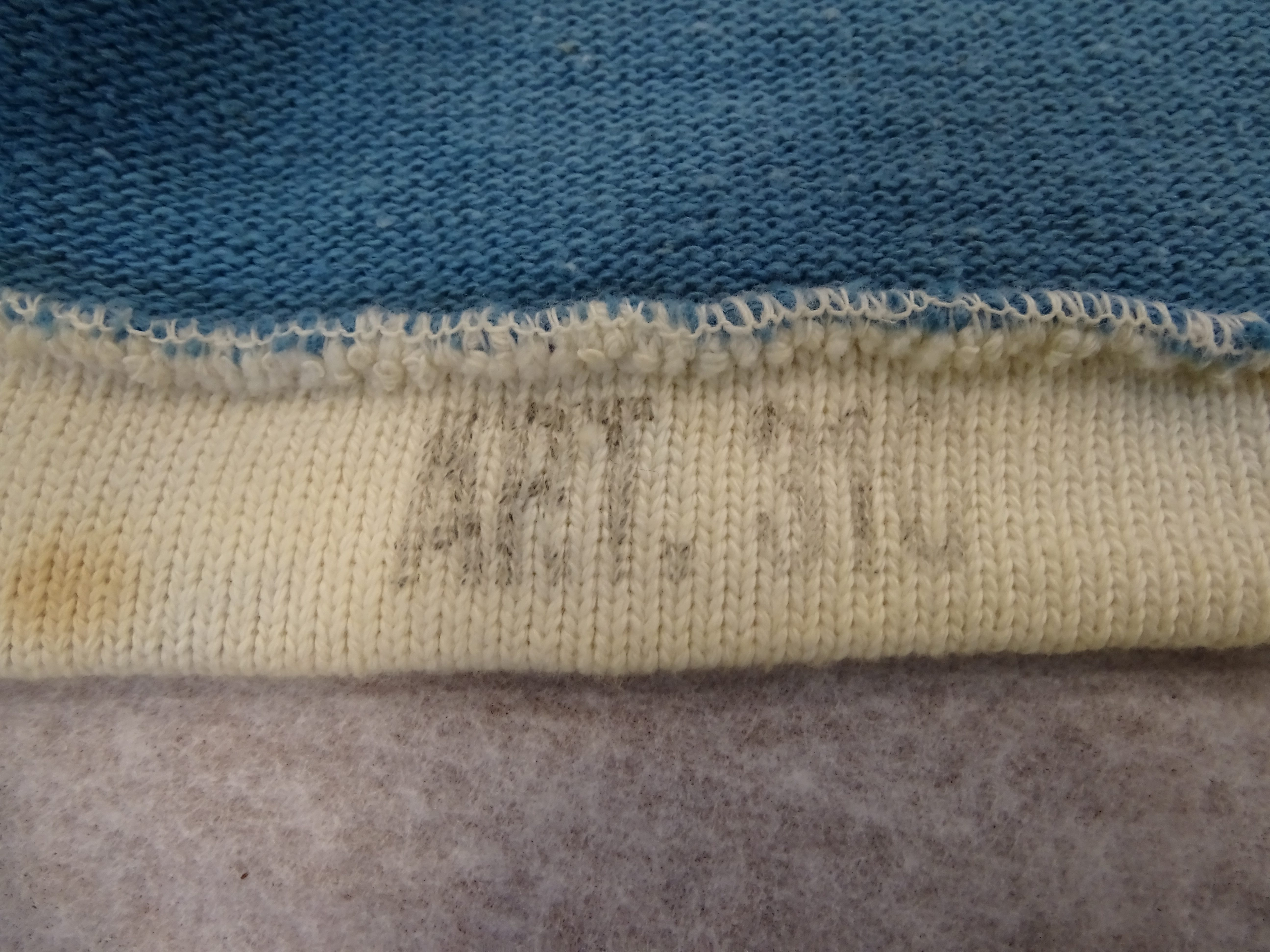