Object Id:
0167
Jersey worn by Vivian Jenkins.
Info:
Vivian Gordon James "Viv" Jenkins played one match for Cardiff against Swansea on 31st December 1938. The Welsh Rugby Union had omitted Jenkins from the Welsh trial as he had not played for a couple of months due to an injury. But asked Cardiff if they would include the London Welsh player in the match against Swansea, Cardiff consented and Jenkins accepted the invitation. Jenkins played opposite the Howard Davies who played in the Welsh trial, Cardiff won the match 12-8 and Jenkins played for Wales against England in January 1939.
Jenkins was born in Port Talbot and brought up near Bridgend, was educated at Llandovery College, Carmarthenshire, and at Jesus College, Oxford, where he gained Blues for rugby and cricket. He won his first Blue as a freshman in 1930, playing in three consecutive varsity matches at Twickenham and, at centre three-quarter, never on the losing side. He won his first cap as full back against England at Twickenham in 1932 and his international matches included Wales's first ever victory at Twickenham in 1933, and the famous triumph over the All Blacks in 1935 at Cardiff.
Category:
Jersey
Object Status:
CAC Collection
Donated By:
Vivian Jenkins
Keywords:
Jersey 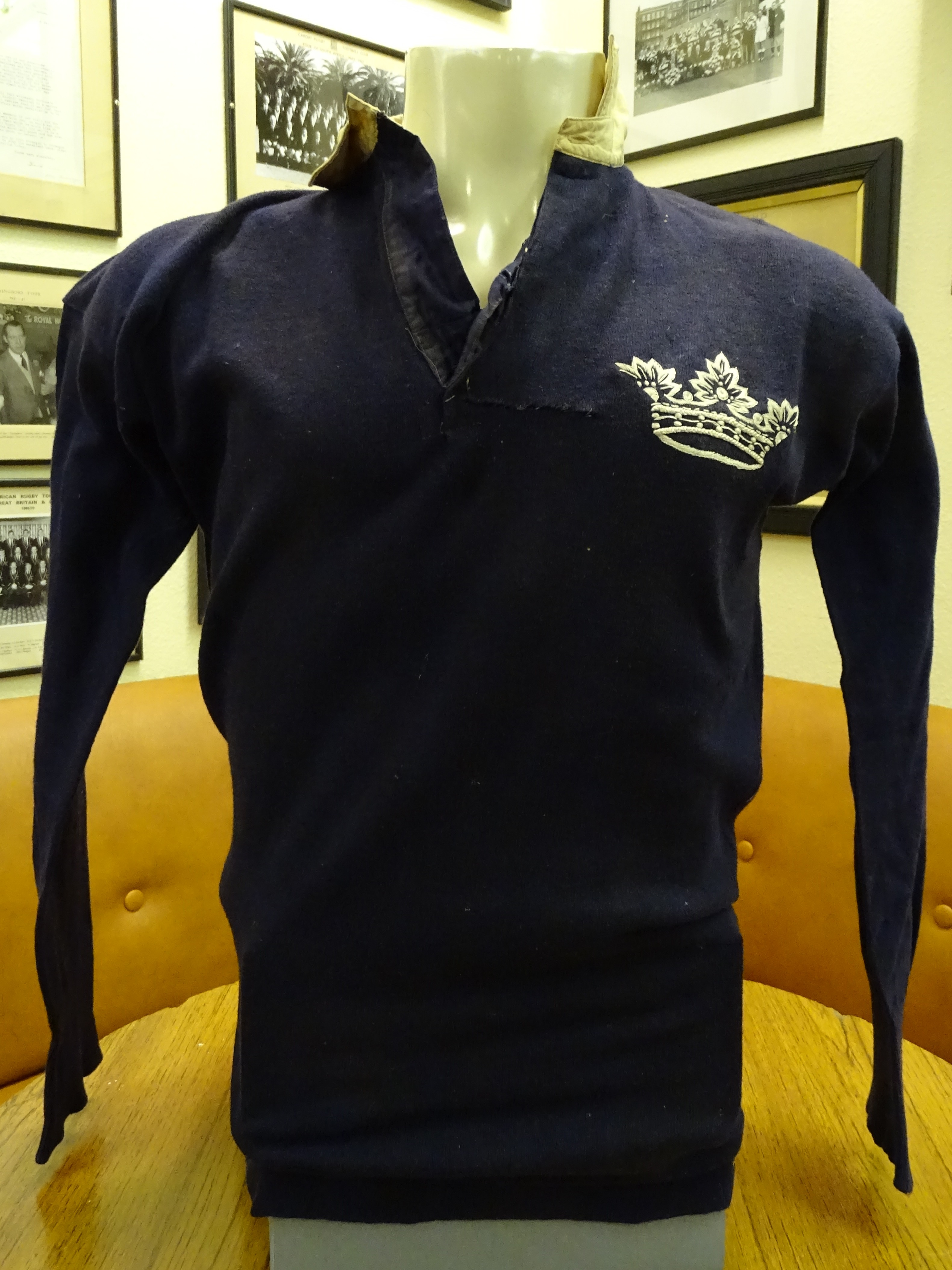 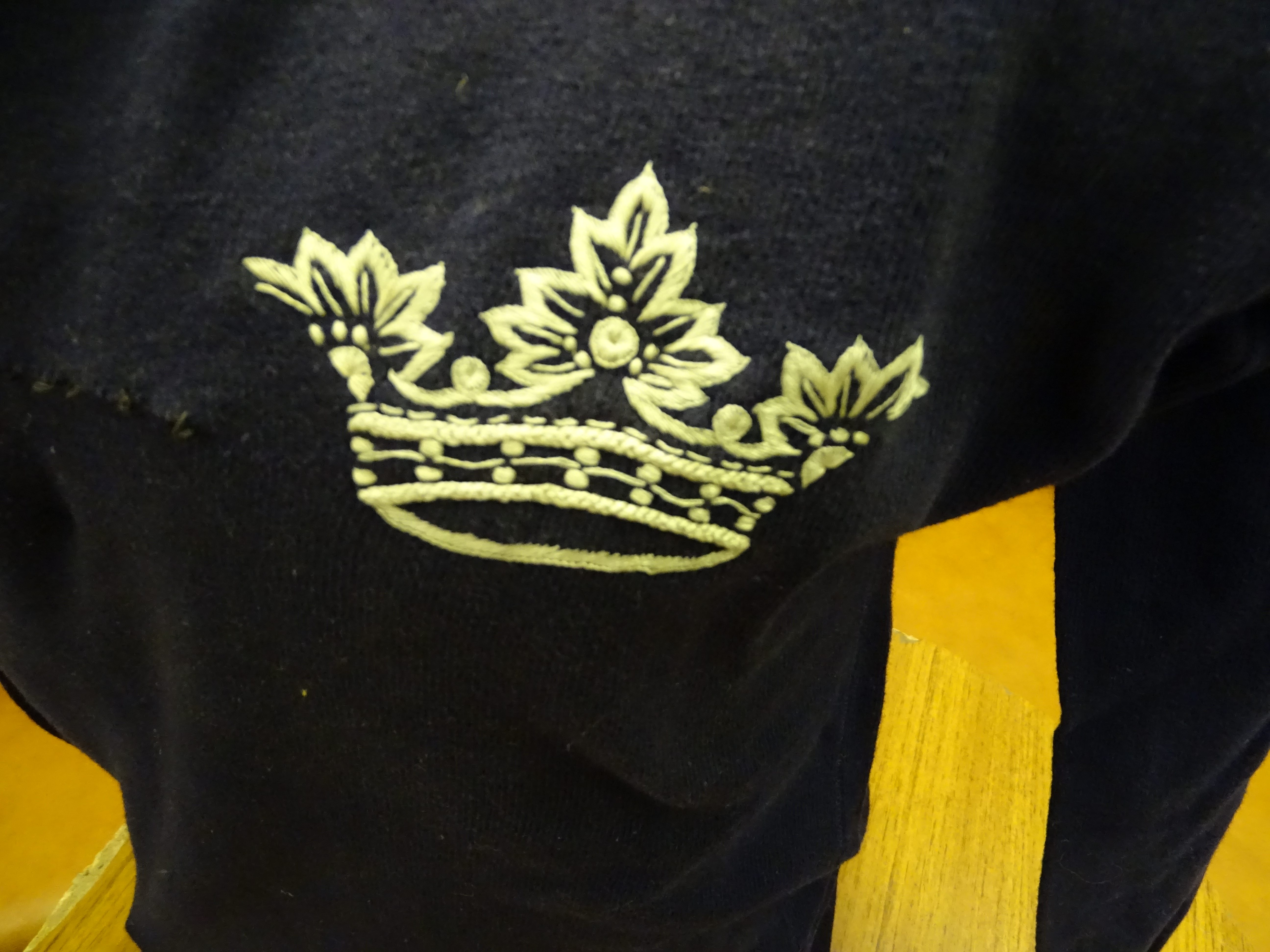 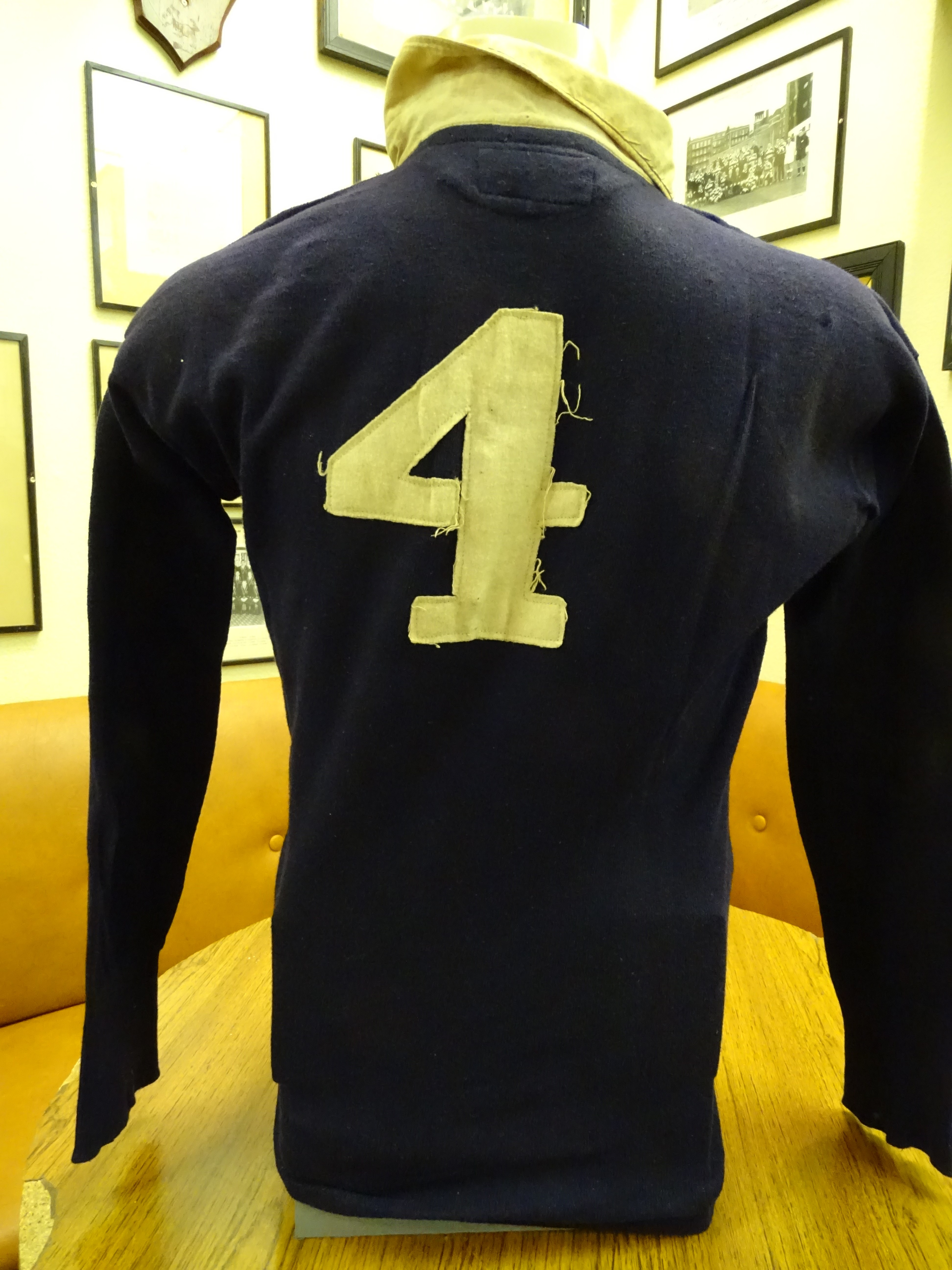 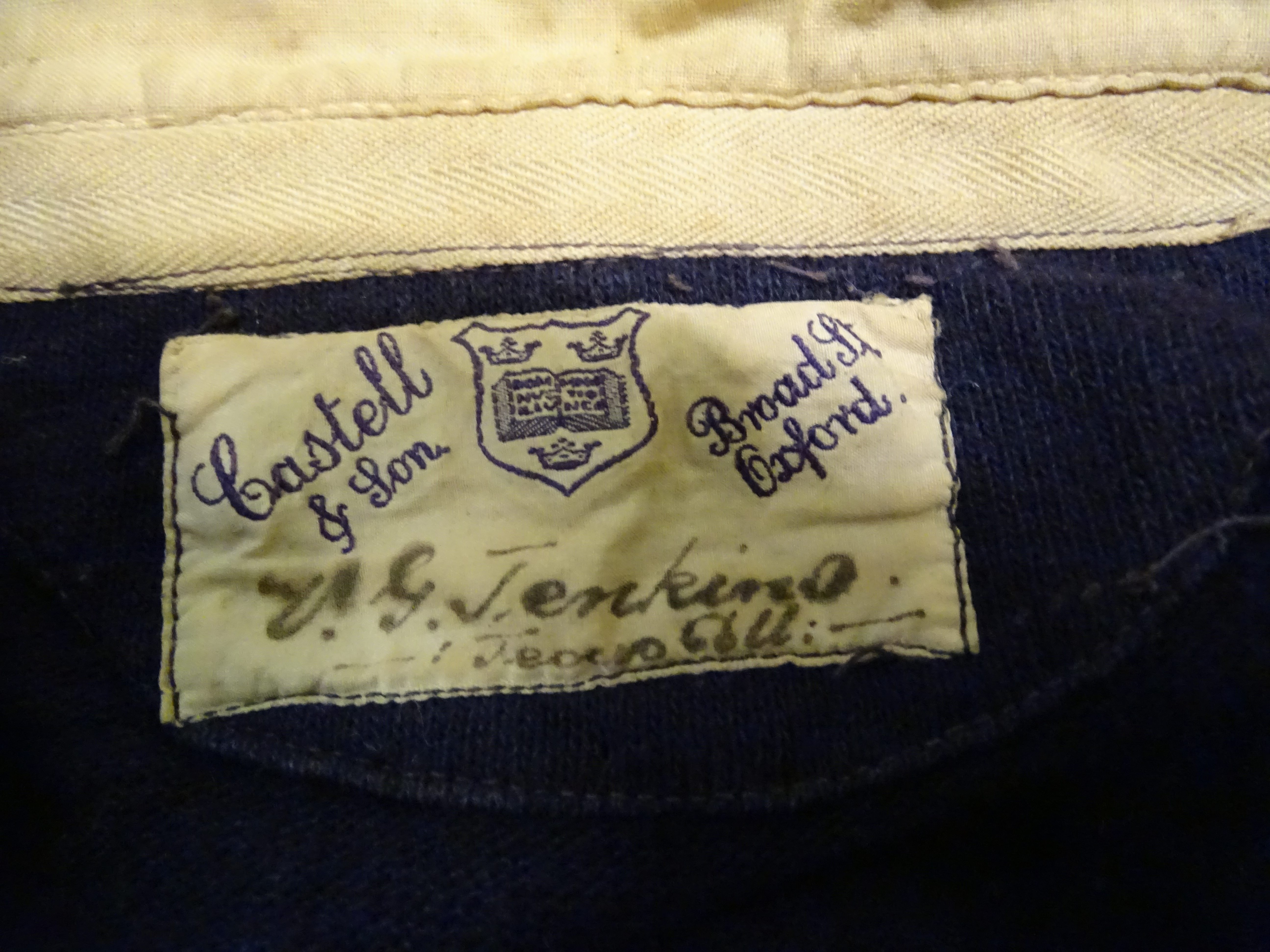