Object Id:
1037
Awarded to John Coghlan
Info:
John “Johnny” Coghlan (sometimes spelt Coughlin*) was captain of the St. David’s school team that competed in the Cardiff & District schools league. This medal suggests they won the title in the 1905/06 season. Coghlan also played for Cardiff schools.
Contemporary newspaper report of "Master John Coughlin" - Object Id 1205
A Petty Officer in the Royal Navy , he played for Royal Navel Depot, Devonport (see Object Id 1038). He also played centre for the Wales XV, scoring a try, in the 3 all draw against the New Zealand Services XV at the Arms Park on 1st January 1919.
Coghlan played for Cardiff’s Charities XV in 1918/19 season (see Object Id  602) and made 20 appearances for the Cardiff 1st XV 1919 – 1921
He was suspended by the WRU in December 1919 for kicking an opponent in a match against the army. (See Object Id 1203  & Id 1204) The incident was mentioned in the season report. 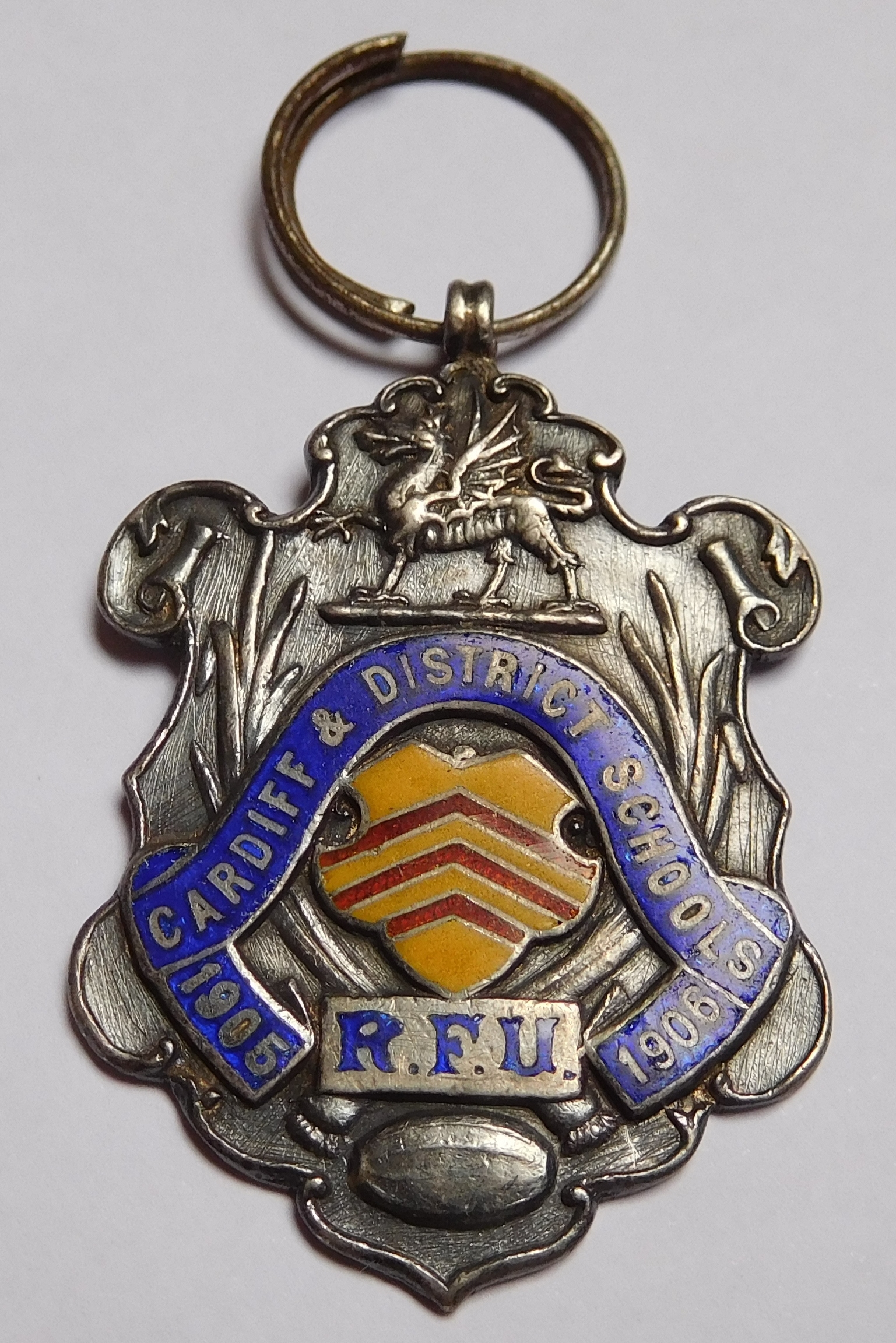 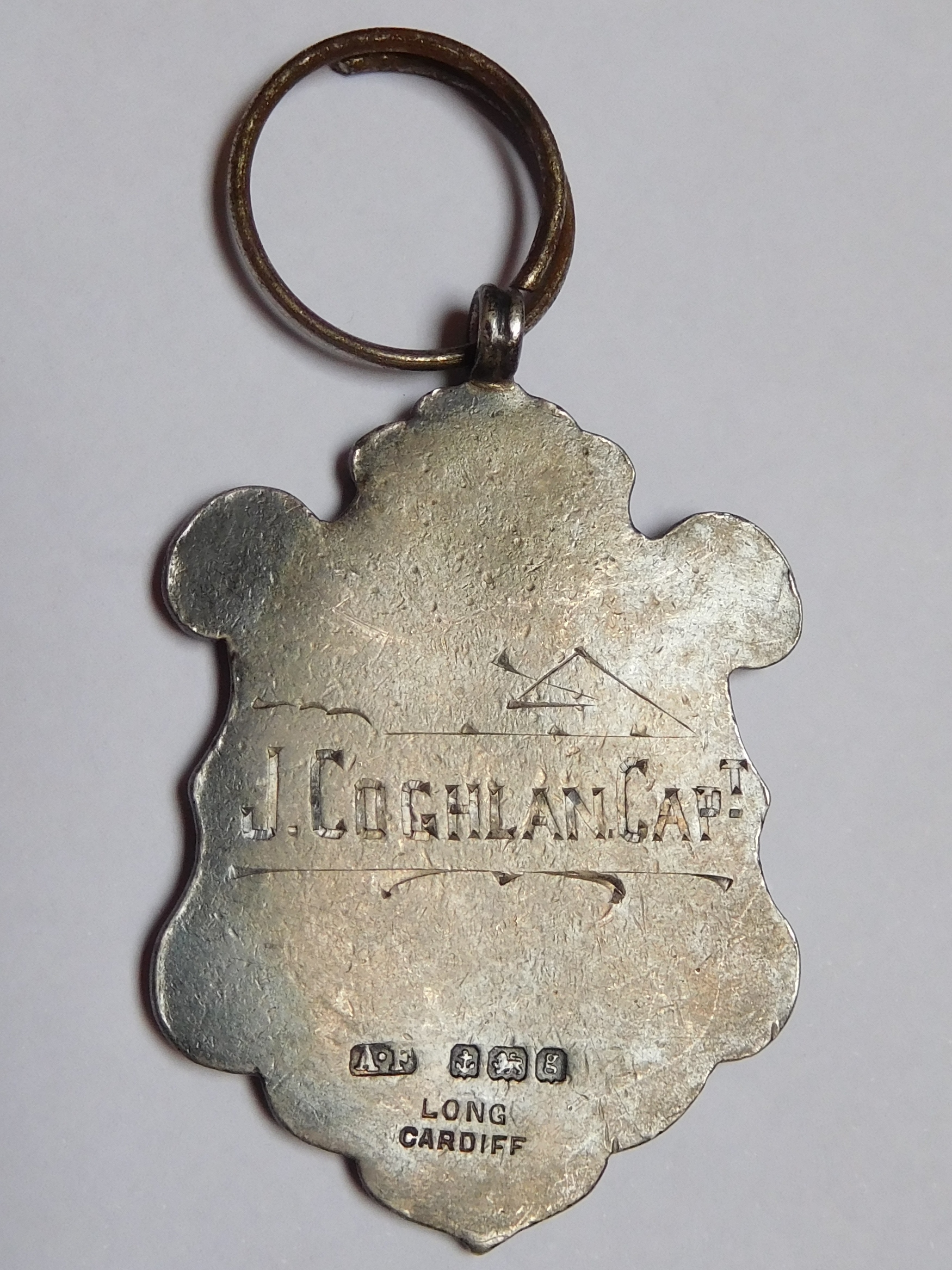