Object Id:
1094
Medal awarded to Rhys Gabe
Info:
The gold medal presented to Rhys Gabe following Wales’ victory over New Zealand at Cardiff on Saturday 16th December 1905.
Gabe played for Cardiff between 1902 and 1910, captaining the club in the 1907/08 season. He scored 51 tries in 115 appearances.
He won his first cap for Wales against Ireland in 1901 playing on the left wing and his 24 caps for Wales included the famous victory against the 1905 All Blacks. During his Welsh career he scored 11 tries. Rhys Gabe retired from the international stage in 1908, but still occasionally appeared for Cardiff.
Season:
1905/1906
Category:
Medal
Object Status:
Private Collection
Keywords:
Rhys Gabe, New Zealand, Wales 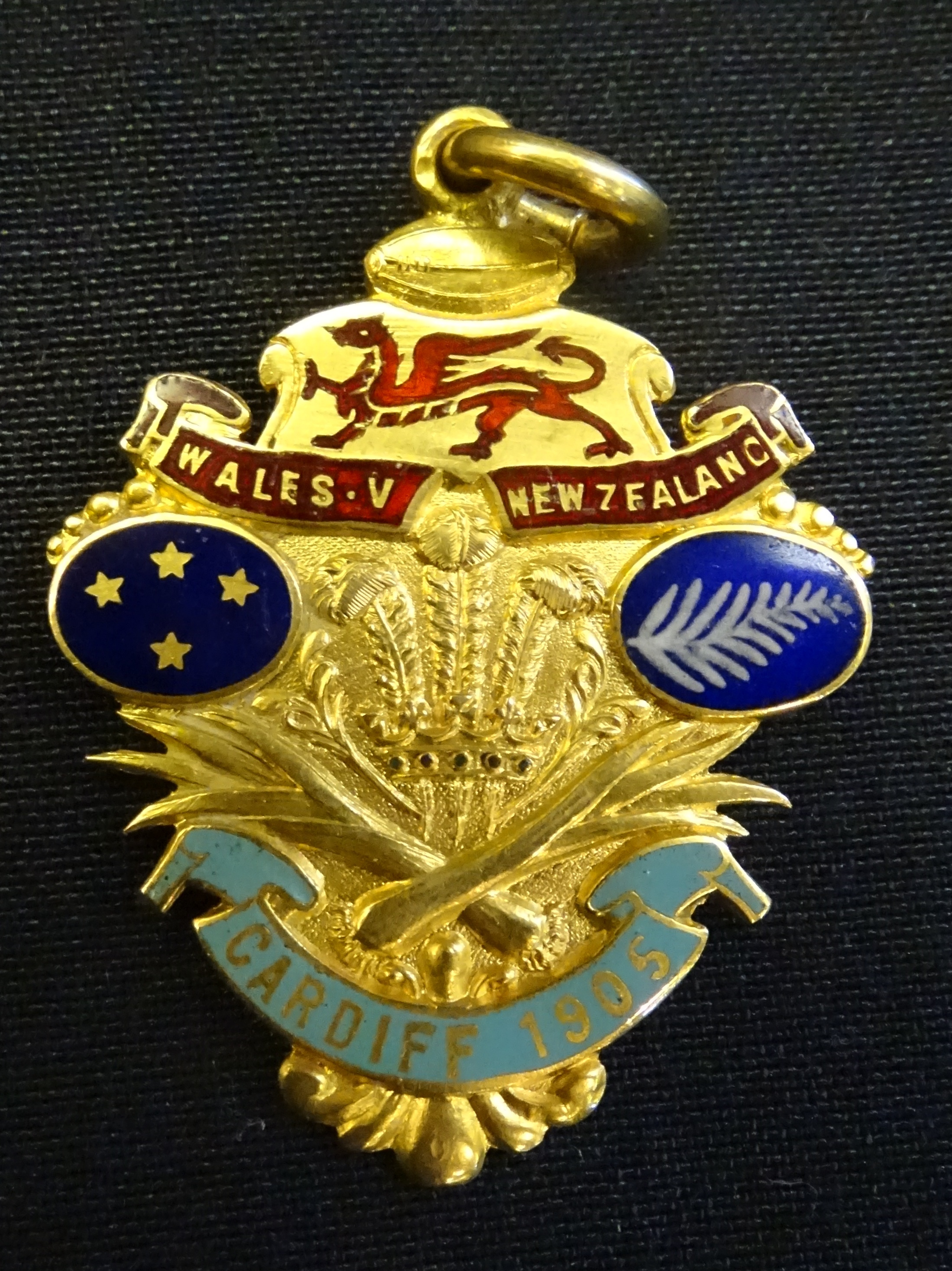 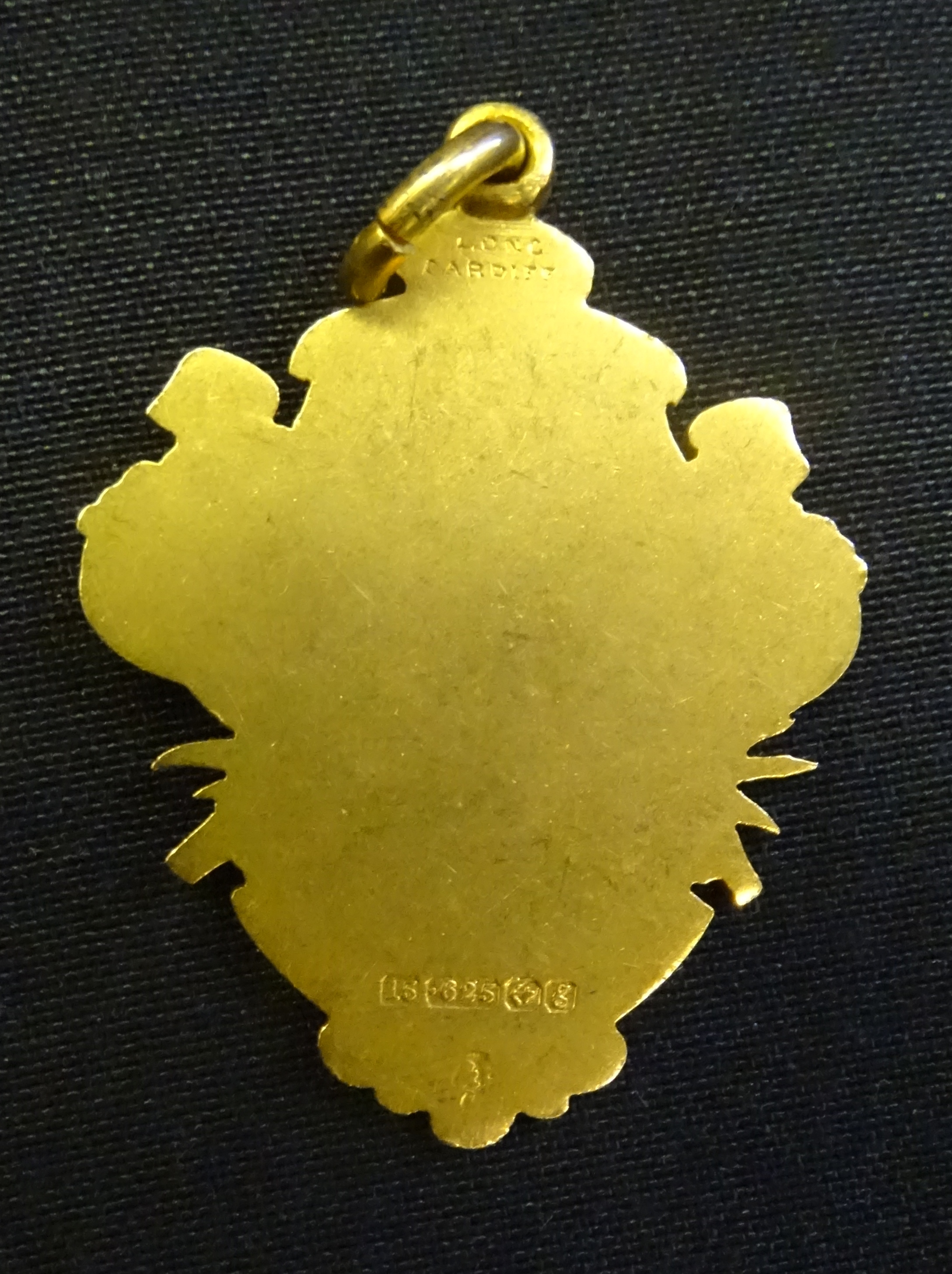