Object Id:
1381
Info:
Fred Cornish was born in Bridgewater in 1876. He was a boilermaker by trade and is first recorded playing rugby for his hometown club Bridgwater Albion. When he moved to Wales Fred joined Grangetown Stars, but before the end of the season had joined Cardiff. During the 1896/97 season he was selected to play for the Welsh National team under the two-year residency ruling. His Welsh debut came against England in the1897 Home Nations Championship which Wales won. Cornish was playing in a Wales squad dominated by his Cardiff team mates - Selwyn Biggs, Jones, Nicholls and Huzzey and he gained four Welsh caps in total.
Towards the end of the 1897/98 season Cornish was part of the Cardiff team that faced the touring Barbarians as part of their annual Easter tour - Cardiff won the game 6-0 with Cornish scoring a try. In August 1899 he switched codes, joining Hull rugby league side.
Category:
Photograph
Object Status:
CAC Collection
Donated By:
J.E.Davies 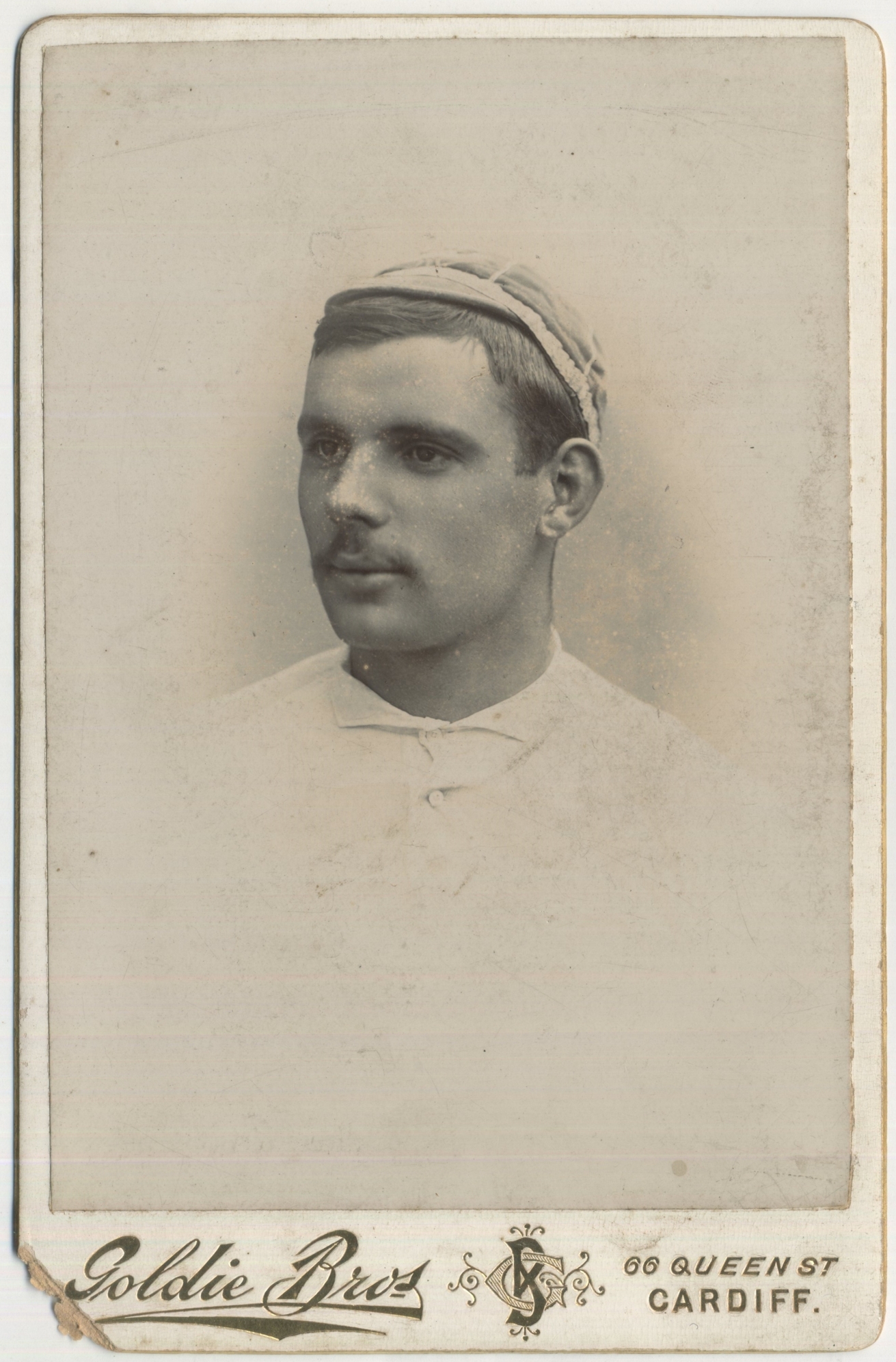 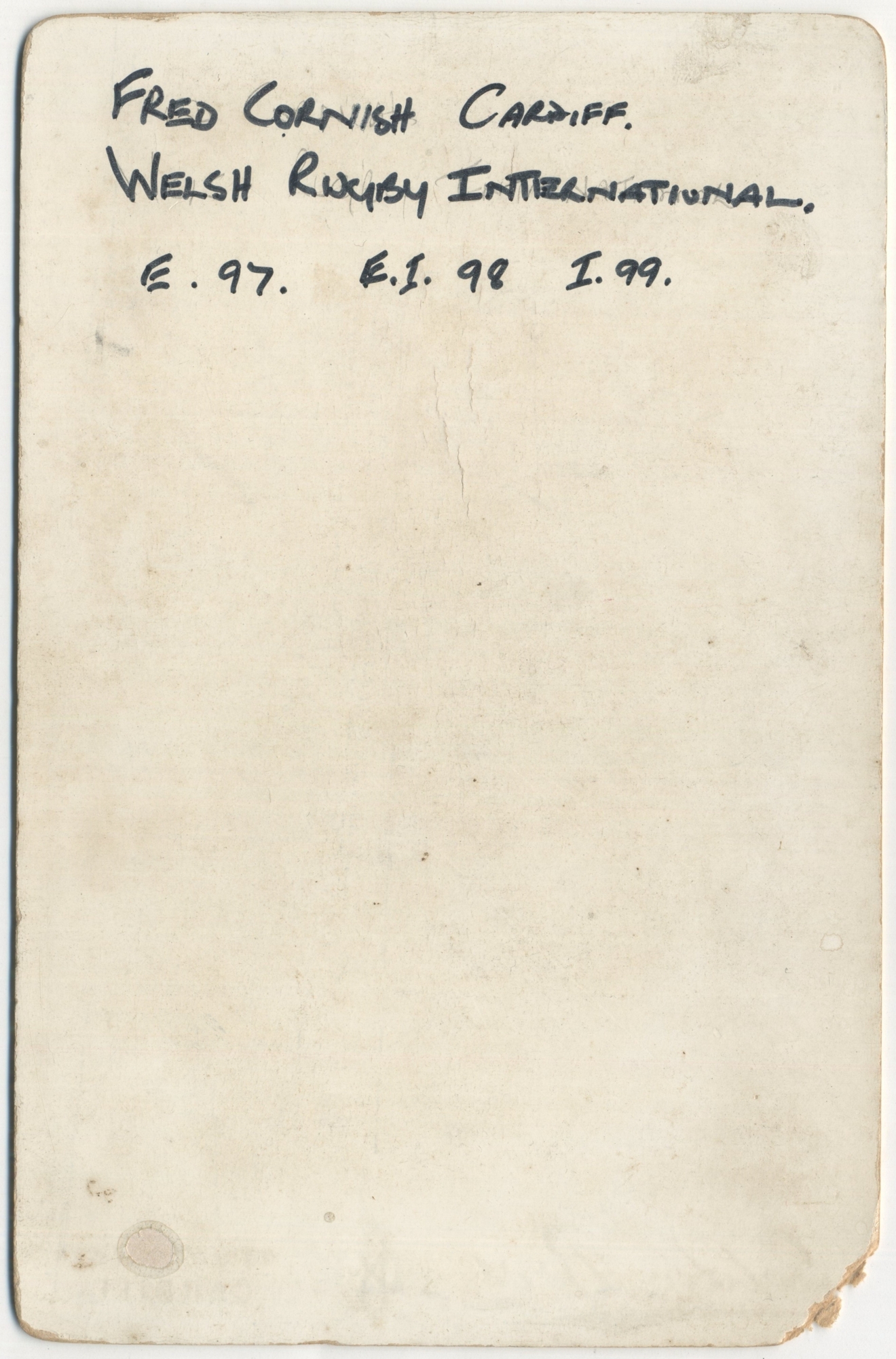