Object Id:
1382
Info:
Erith Gwynne Nicholls played 242 games for Cardiff RFC between 1892/93 and 1909/10, scoring 111 tries including 4 in one match against Cardiff and District RU. Captain of Cardiff 4 times he gained 24 Welsh Caps,10 as captain. He represented the Barbarians and went on the British tour to Australia in 1899.He was known in his time as the " Prince of Three-quarters".
The Gwyn Nicholls memorial gates at the North entrance to Cardiff Arms Park were erected by public subscription as a tribute to him.
Category:
Postcard
Object Status:
CAC Collection
Donated By:
J.E.Davies
Keywords:
Gwyn Nicholls 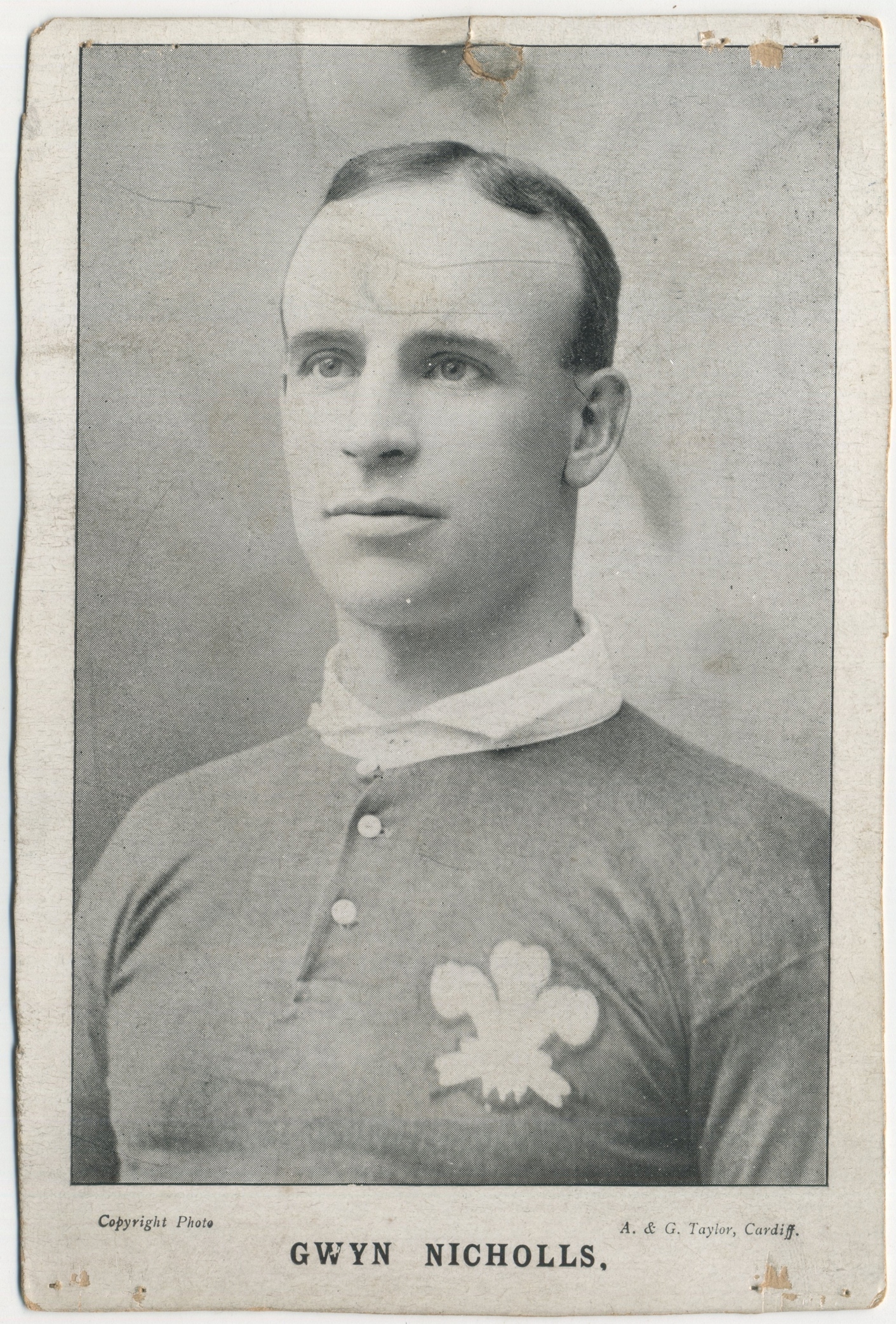 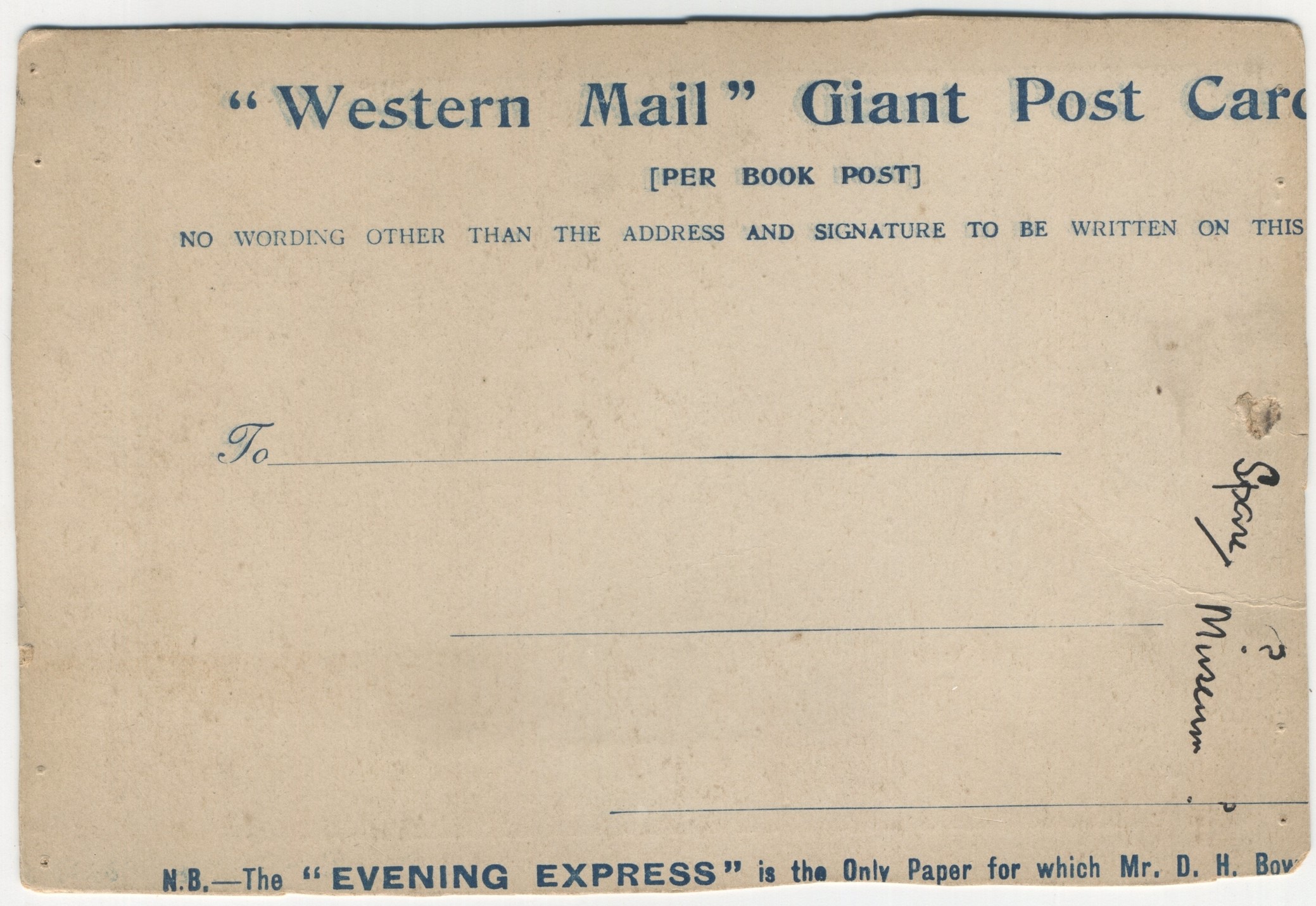