Object Id:
1175
Cardiff Athletic 12 - 6 Newport HSOB
Info:
As the Western Mail report of the match reveals, Newport HSOB provided Cardiff Athletic with much sterner opposition than had been expected, given the strength of the team which had been selected. At half-time the scores were level at 6-6, and the Athletic eventually won only by 12 points to 6.
Playing in the Athletic backrow at the Arms Park that day were two future Welsh internationals in C D Williams and Sid Judd. In addition, though, the home team also included three members of the British Lions team which had toured Australia and New Zealand earlier in the year.
Besides Bleddyn Williams and Jack Matthews in the centre, the Athletic XV also featured their Lions teammate and Scottish international Graham Budge in the front row. During the six week voyage to Australia, Graham had shared a cabin with Cardiff’s Cliff Davies. They had been in opposing front rows when Wales beat Scotland at Swansea the previous February. The two props became great pals and Cliff invited Graham to his wedding which took place two days before the Newport HSOB match. So while he was in Wales, Graham was asked to turn out as a guest for the Athletic and to celebrate the occasion he was presented with a Cardiff jersey afterwards.
Graham Budge is the only Canadian to have played for the Lions. His Scottish father had emigrated to Manitoba and Graham was born there in 1920. The family later returned to Scotland where Graham took up the game. Playing for Edinburgh Wanderers, he was capped at prop four times by Scotland in 1949-50, when they were runners-up to Wales, who won the Grand Slam that season.  Graham returned to Canada in 1951 and continued to play, representing British Columbia and the Canadian All-Stars. He also became president of the British Columbian Rugby Union. He set up a Veterans club in Vancouver and sadly died at one of their training sessions aged 59.
Thanks to Aidan Taylor for information on Graham Budge’s career.
Season:
1950/1951
Category:
Programme
Object Status:
Private Collection
Owned By:
Brian Mark Collection
Acknowledgement:
Cliff Davies & Graham Budge photograph courtesy of Aidan Taylor.
Keywords:
Second XV, Cardiff Athletic XV, Lions, Newport, Programme
Document: 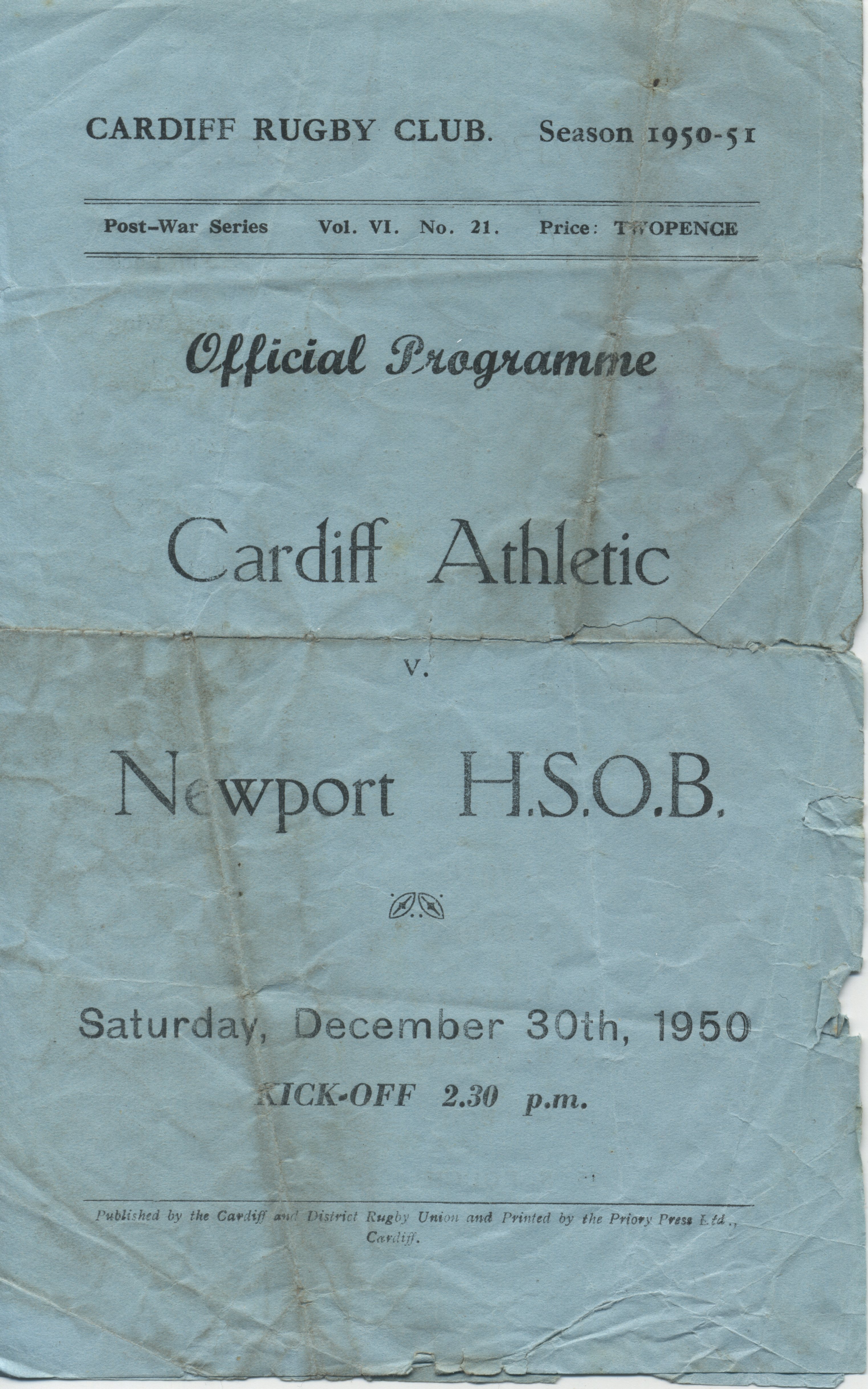 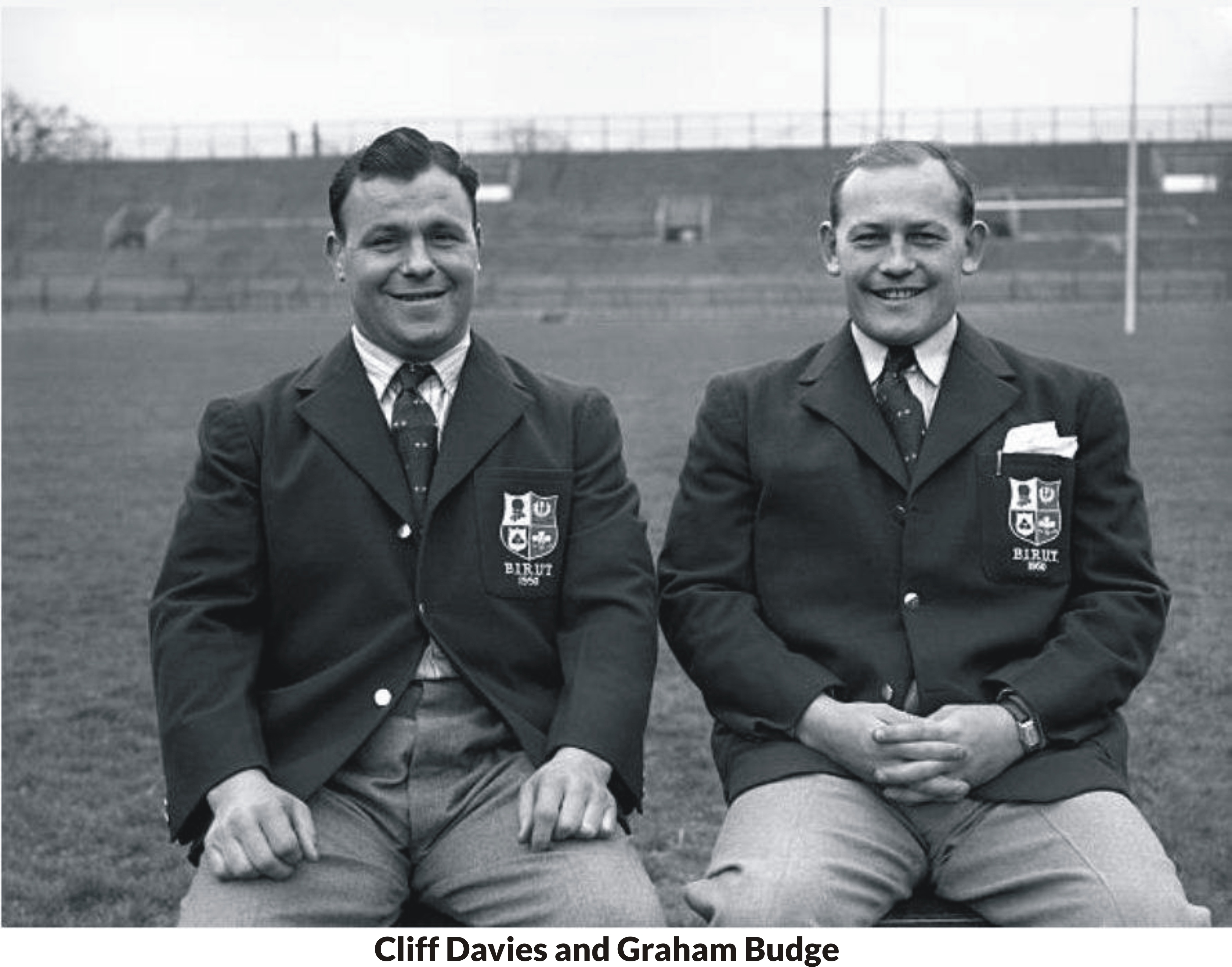