Object Id:
0405
Info:
The Blue & Blacks finished second in the Cardiff & District 7s tournament at St Peters, collecting the District Shield in the process. In a change to the original pools set-up, the tournament was played as a one league round robin. The Blue & Blacks had a punishing schedule with four games in the space of 80 minutes. First up was Caerau Ely who were brushed aside 52-5. Cameron Gibbon opened the scoring with James Beale and Ceri Young grabbing a brace each. Next was Dinas Powys who were also despatched 55-0, again Beale and Young amongst the scorers. Gareth Thompson and Luke Crocker also getting in on the scoring act. Old Illtydians posed a threat for 5 minutes but were beaten by the pace and power of the Blue & Blacks, final score 48-7. In the final of the four games Cardiff came unstuck against eventual winners Glamorgan Wanderers. Having taken the lead with an Olli Smyth try the Wanderers replied with one of their own before Beale restored the advantage. But the second half belonged to the Wanderers as they scored two tries and defended a 19-14 advantage to the final whistle. In their final game Cardiff beat the hosts St Peters 47-19 to claim second place in the table. Ceri Young was named by the referees as player of the tournament.
Ian Tabor 31/07/2016
Season:
2016/2017
Category:
Trophy Room
Object Status:
CAC Collection
Keywords:
Cardiff & District, Sevens 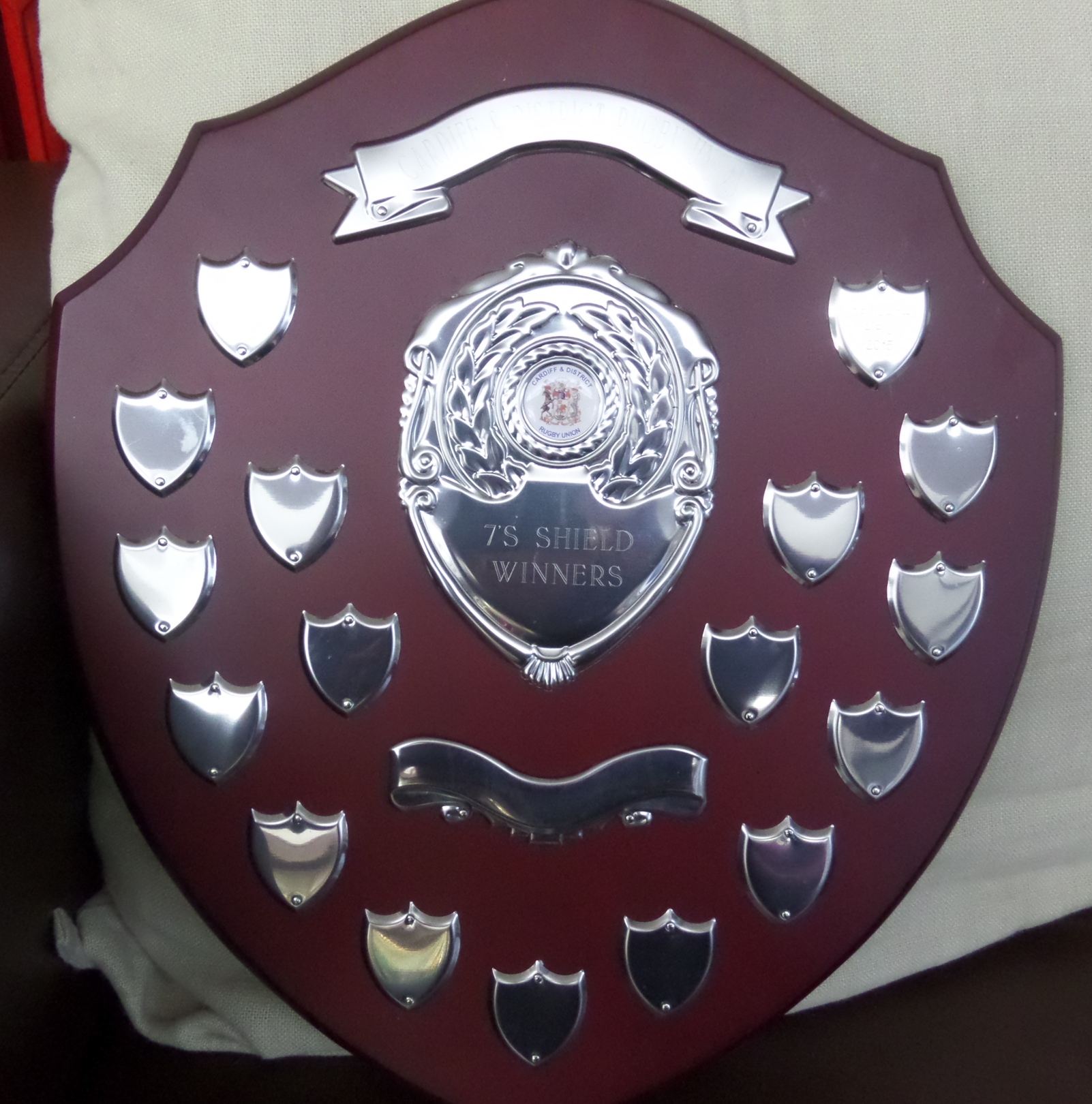