Object Id:
0084
Presented by his committee colleagues
Info:
In appreciation of his great work and service as Honorary Secretary of the Club during the years 1955-1970.
Richard "Frank" Trott was born in 1915 and played for Penarth, Waterloo and Cardiff, appearing in 205 matches over nine seasons (1945/46 to 1952/53), scoring three tries. His international debut came in 1948 against England, the first of eight appearances in the red shirt of Wales and in 1945 he represented the Barbarians.
Season:
1969/1970
Category:
Other
Object Status:
CAC Collection 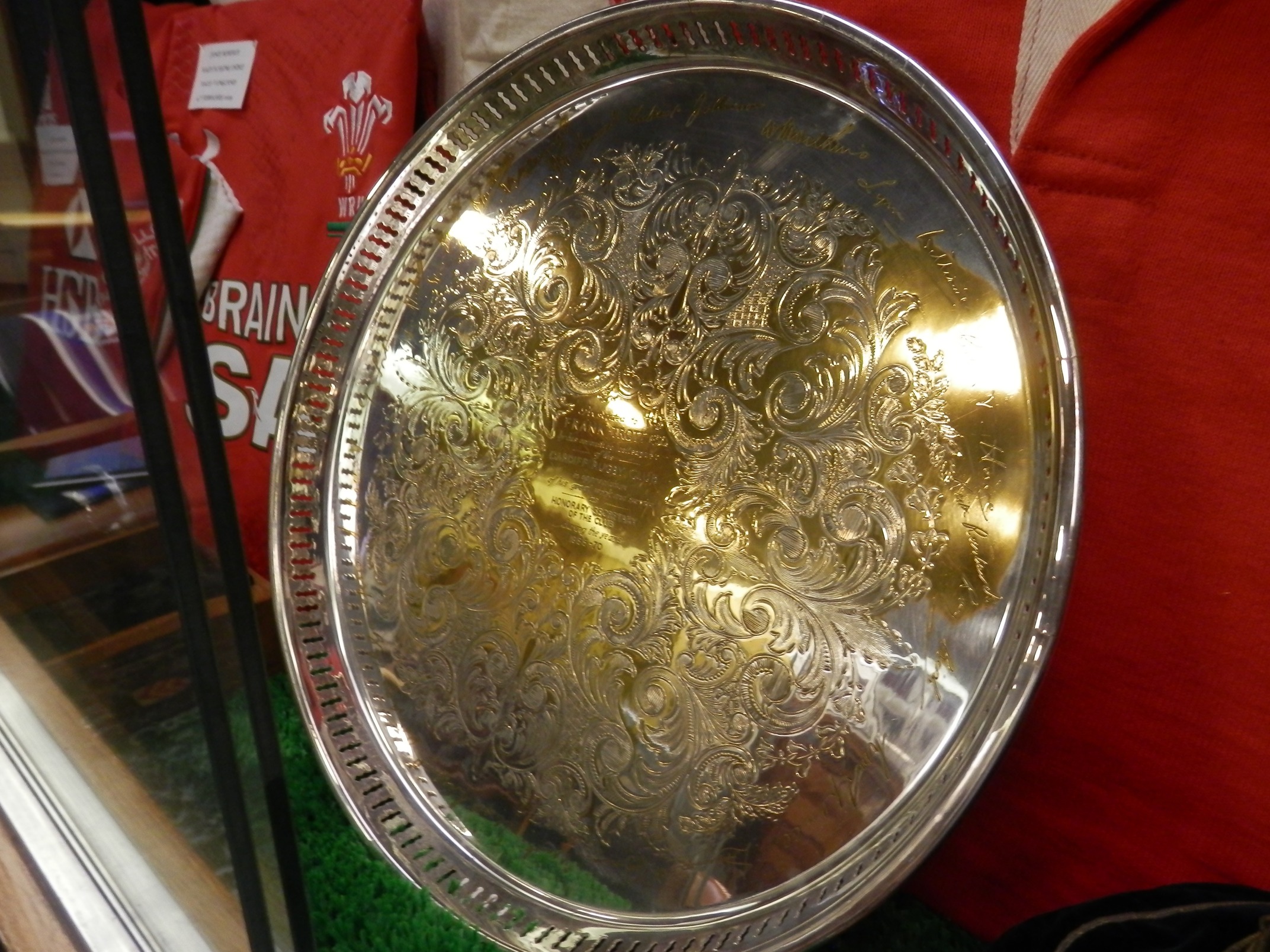