Object Id:
0754
Info:
This inscribed silver salver, together with a silver tea and coffee service, was presented to W. H. Treat following his retirement as Secretary of the club. The presentation took place during the club’s Annual Dinner at the Angel Hotel on the 19th April 1893.
William Herbert Treatt (1859-1941) was one of the club’s earliest players and had been a member of the Cardiff team which won the South Wales Challenge Cup in 1881. He represented the First XV 68 times, mainly as a forward, between 1877 and 1885. However, the presentation in 1893 was made in recognition of the invaluable service which he had rendered the club over his twelve years as Secretary between 1880 and 1892.
It was during William Treatt’s crucial period in office that Cardiff RFC rose to prominence in the game. He worked hard at improving the club’s fixtures and, by the time he retired, Cardiff had a fixture list as strong as any.  According to ‘Welsh Athlete’ of the Evening Express, Treatt’s management had also placed the club “in as sound a financial position as any in the kingdom.”
‘Welsh Athlete’ concluded, “the presentation, therefore, was but a fitting tribute to one who is practically responsible for the pre-eminence of the club today.”
William Treatt also served as an Eastern District representative on the Welsh Rugby Union Match Committee for ten years. He came extremely close to being elected as WRU Secretary on two occasions during the 1890s.
He continued to serve the Cardiff club for another ten years after this presentation.
Season:
1892/1893
Category:
Other
Object Status:
CAC Collection
Acknowledgement:
Info by Gwyn Prescott
Related Content:
Silver Hot Water Kettle on Stand
Silver Coffee Pot
Silver Milk Jug
Silver Sugar Bowl
Silver Teapot 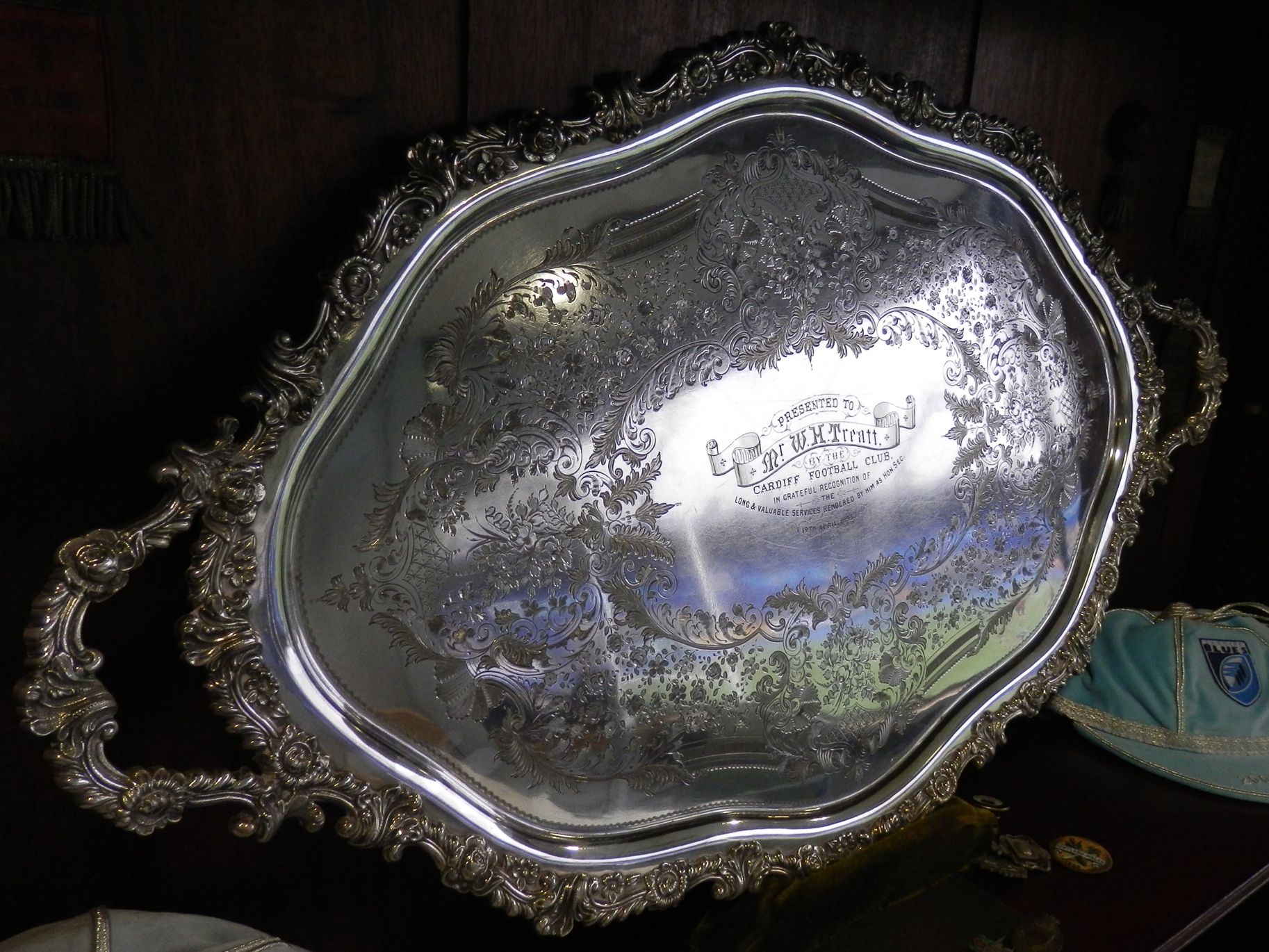 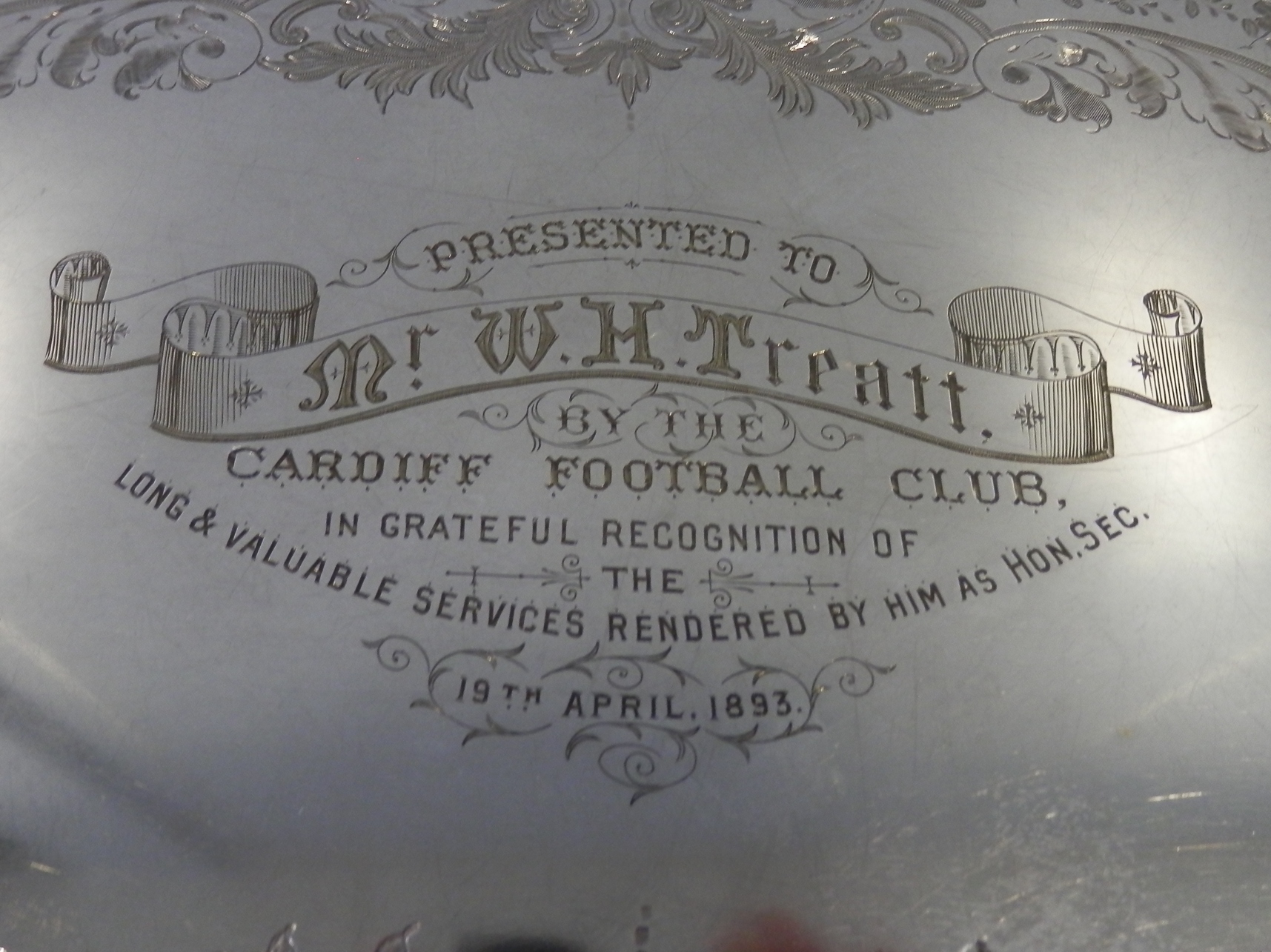