Object Id:
0315
Presented to Sydney Mainwaring.
Info:
It had been assumed this was a souvenir presented to the Glamorgan players after the match, but the initials SM did not match any of the players.
Research has revealed a telling note from Glamorgan FC's 1906 AGM where John Davies (of Cardiff) asked "why it was the committee had presented themselves and not the players with souvenirs of the New Zealand v Glamorgan game?"
It transpires A. J. Davies (Glamorgan Secretary), who had subsequently passed away, had taken it upon himself to spend £13 14s of the club's funds to purchase the mementos for the committee only!
This one was presented to Glamorgan committee member Syd Mainwaring from the Treherbert club.
Season:
1905/1906
Category:
Silver Case
Object Status:
CAC Collection
Keywords:
Glamorgan, New Zealand 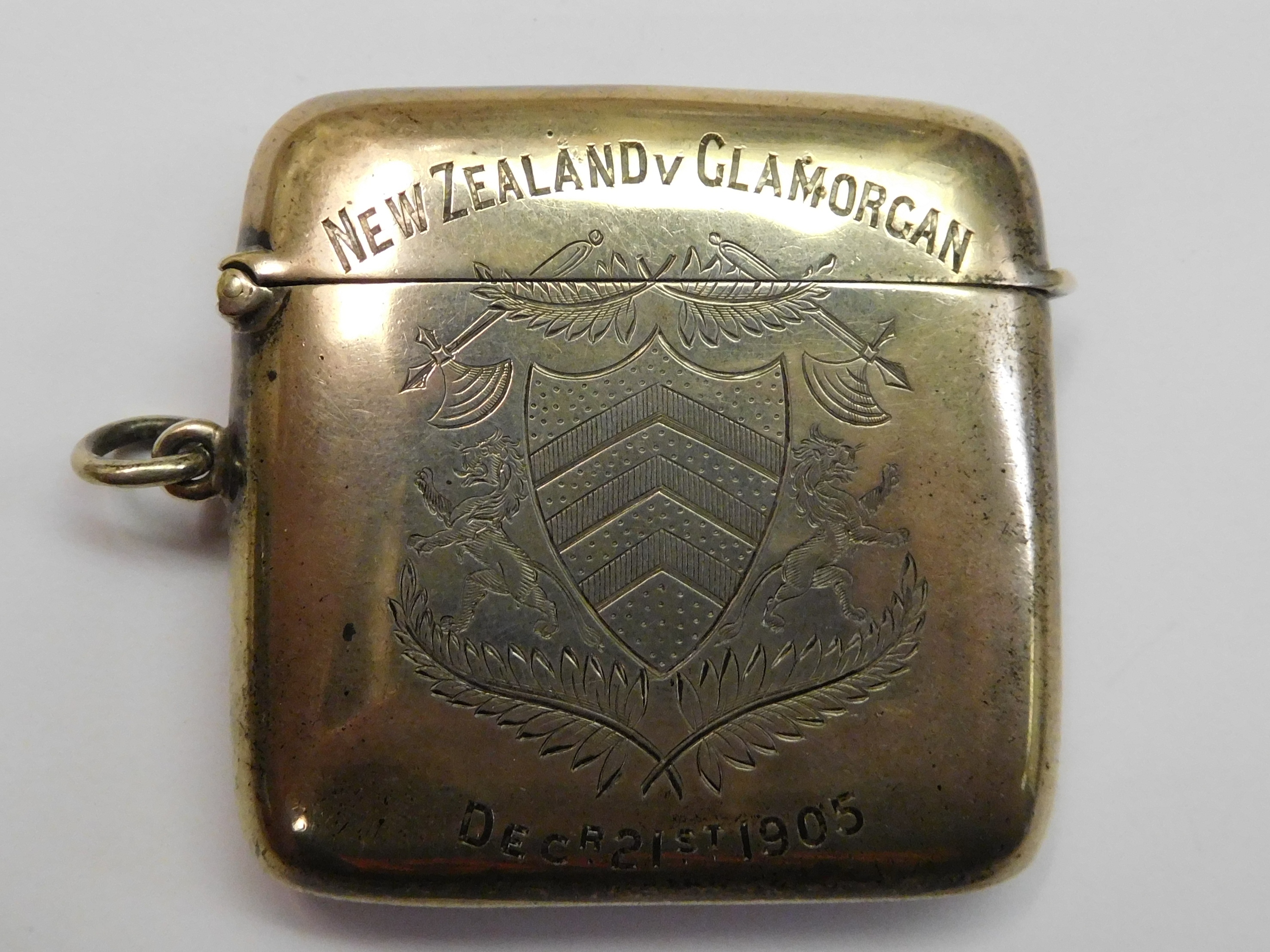 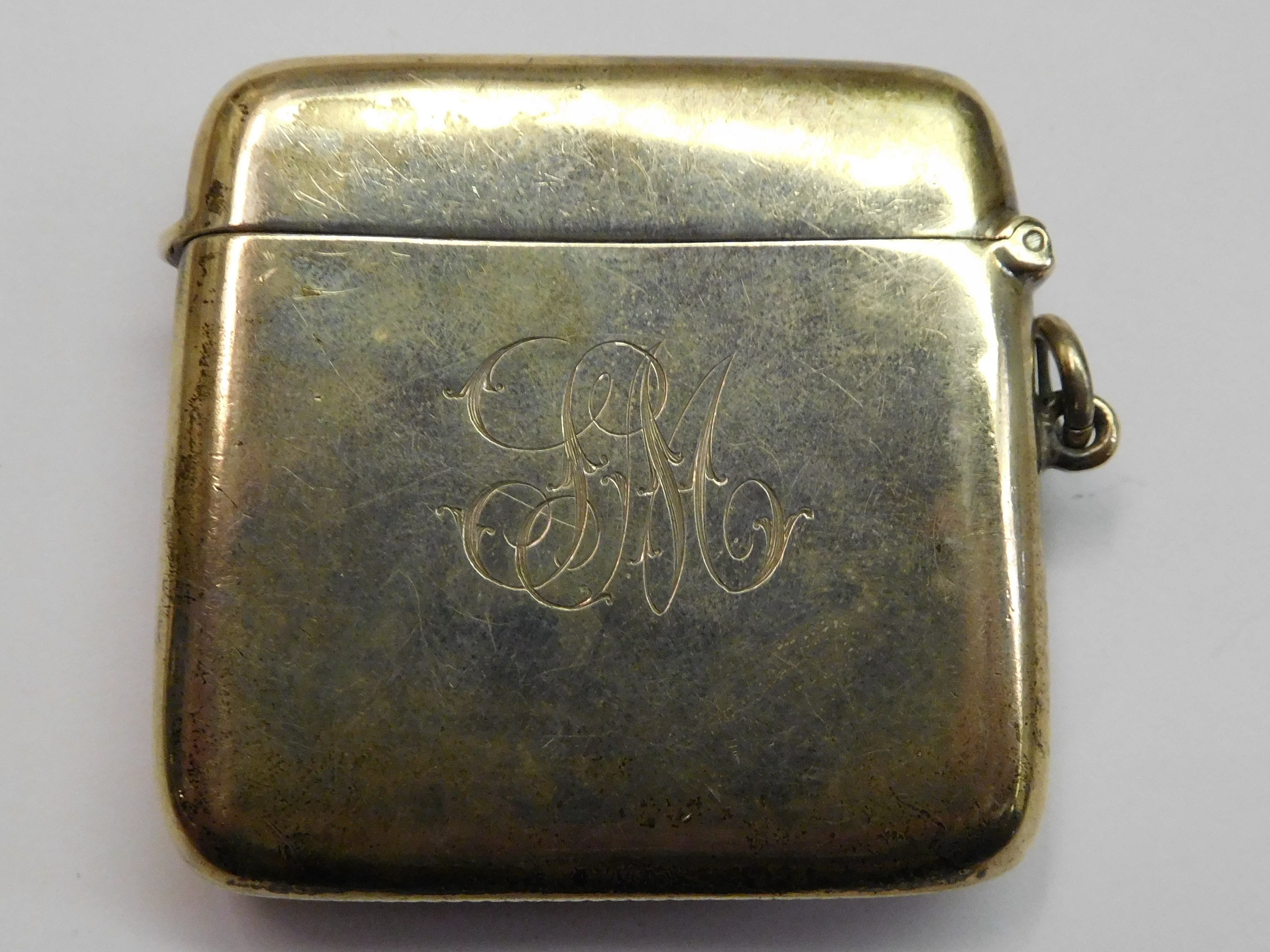 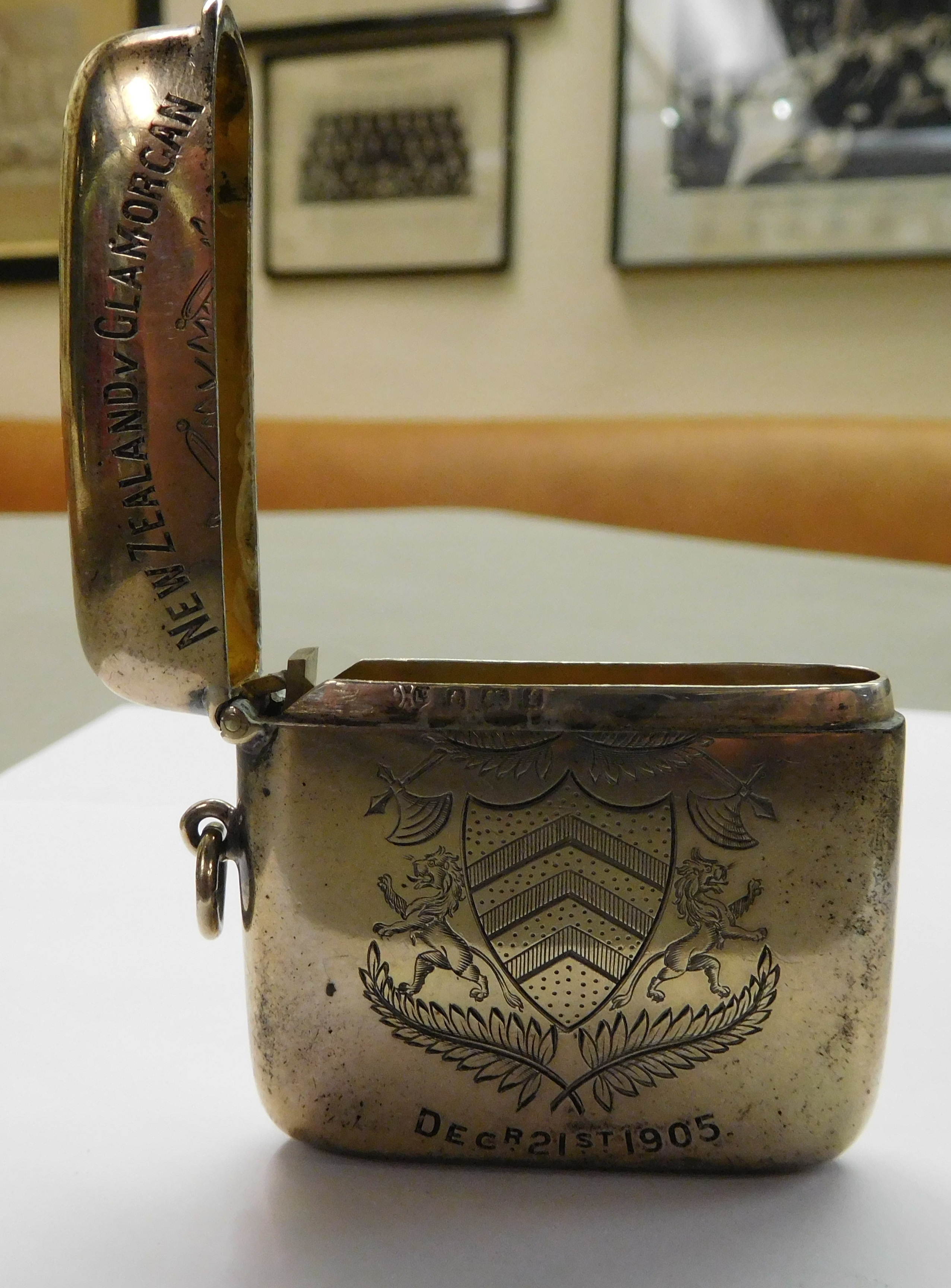 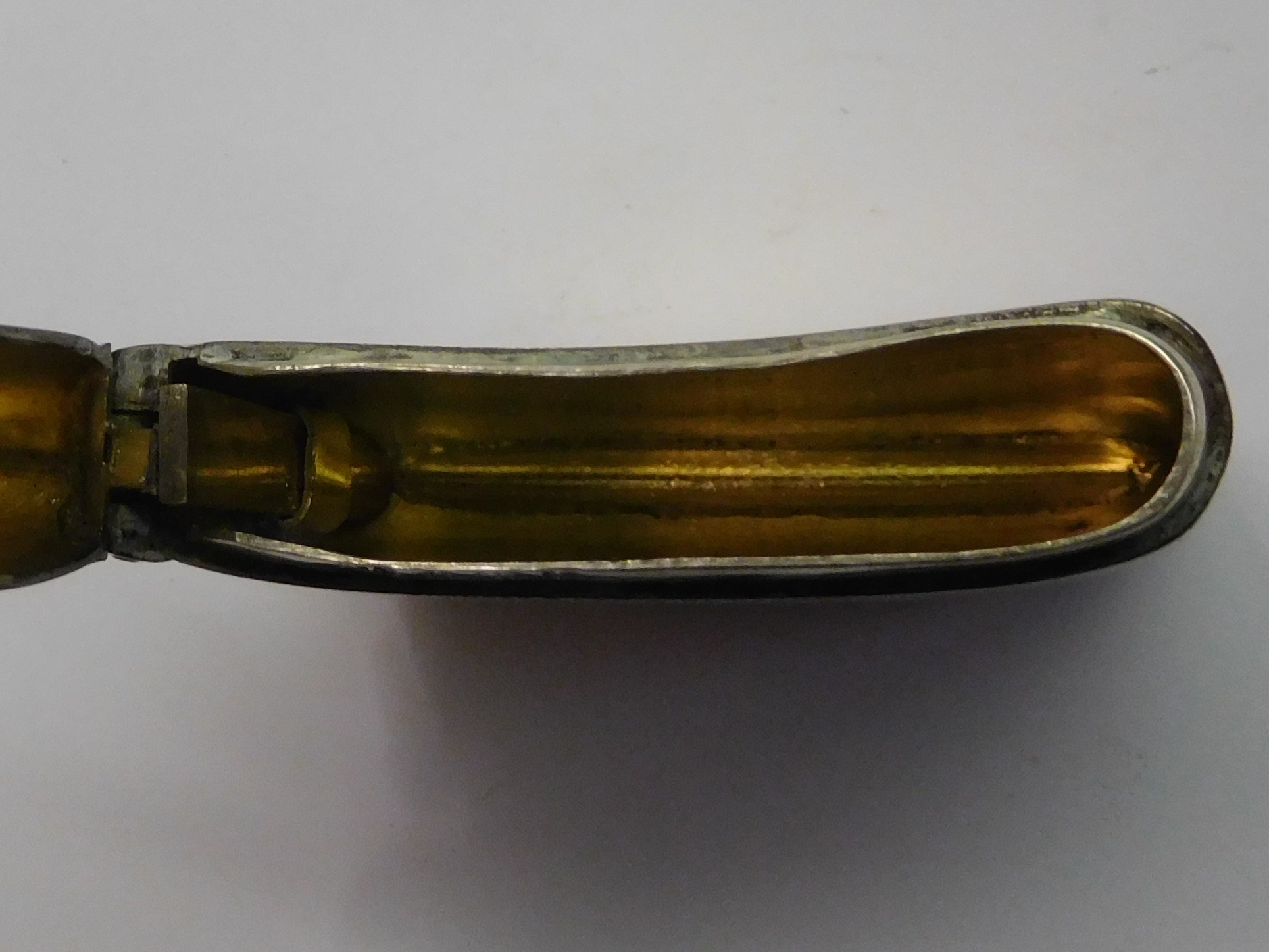 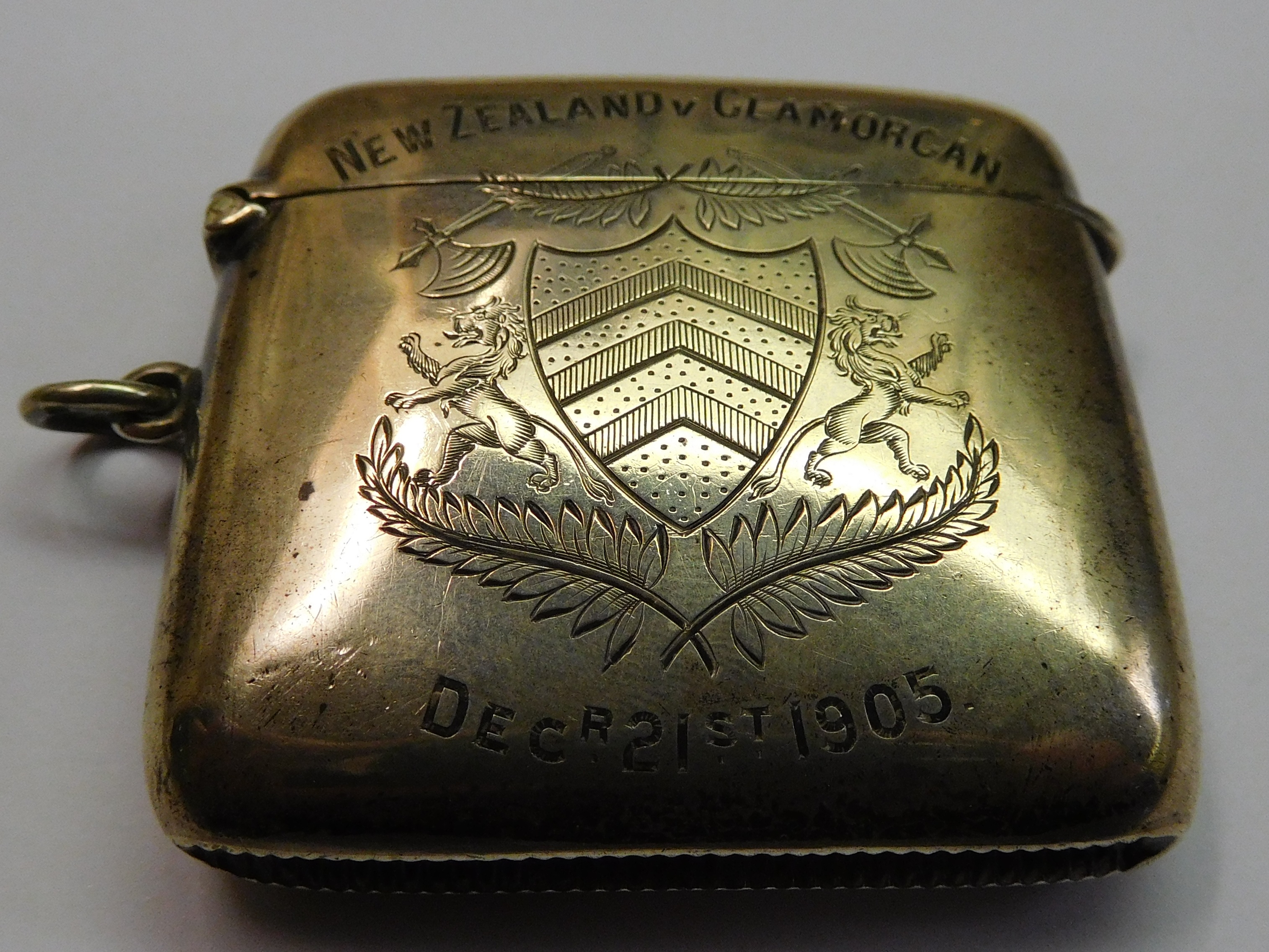 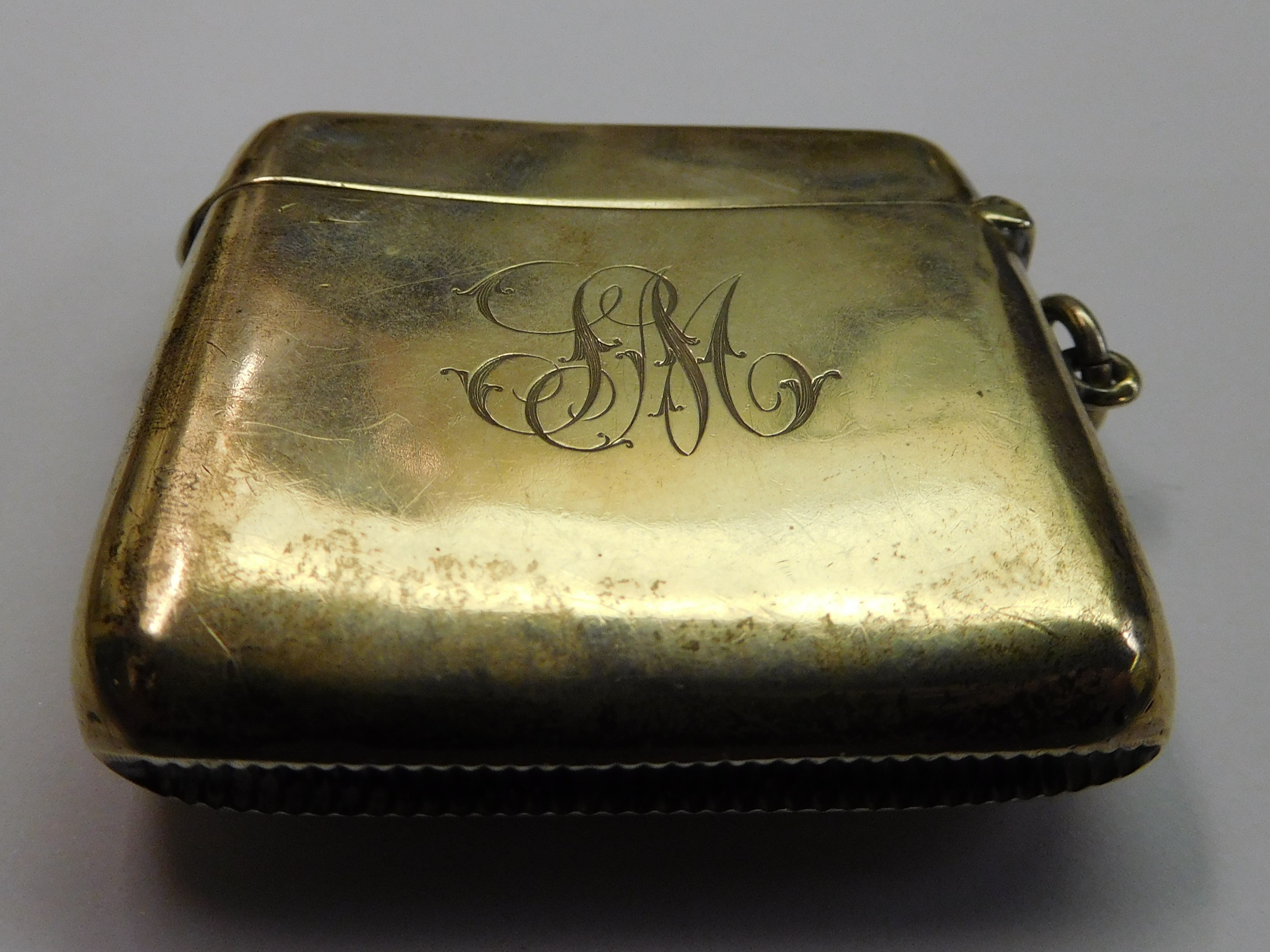