Object Id:
0126
Info:
The Fijians toured Wales and on 26th September played the Welsh XV which included Maurice Richards and Dai Hayward. (Wales XV 28 – 22 Fiji)
“These likeable and modest Fijian tourists whose headquarters in Wales was in Cardiff were afforded all the amenities of our club during their stay, and as an earnest mark of their appreciation, the whole of their party visited our Museum Room on a special occasion. There, in a most moving ceremony, both verbal and vocal as became their tradition when presenting rare gifts, their leader placed a garland with a whale's tooth suspended on the shoulders of Les Spence, our chairman, for presentation to the Cardiff Club. In the sense of presentations, this one was, to me I think, the most moving and touching I had experienced in my Rugby football life.” Danny Davies
Season:
1964/1965
Category:
Other
Object Status:
CAC Collection
Keywords:
Recently Updated, Fiji 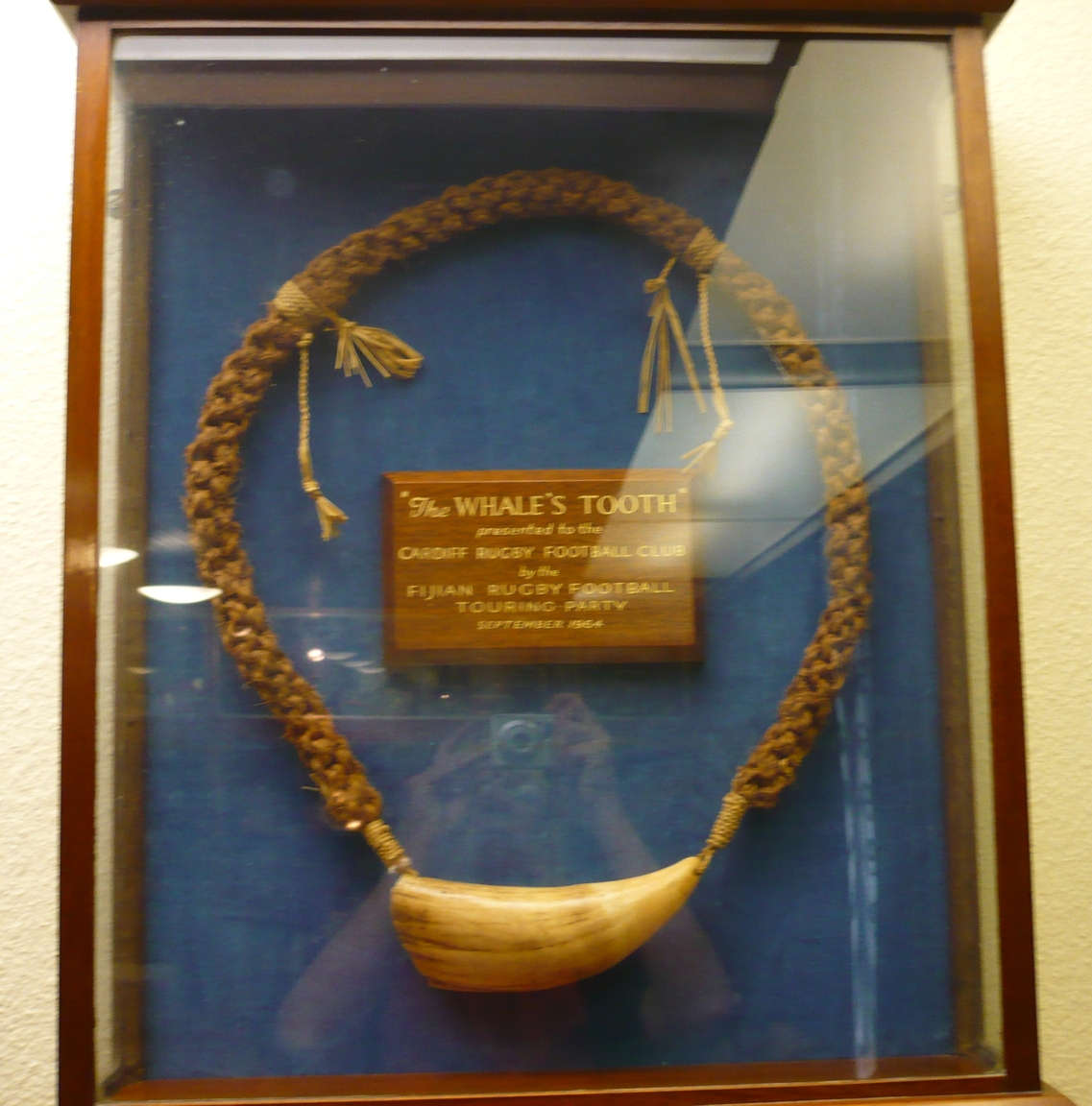 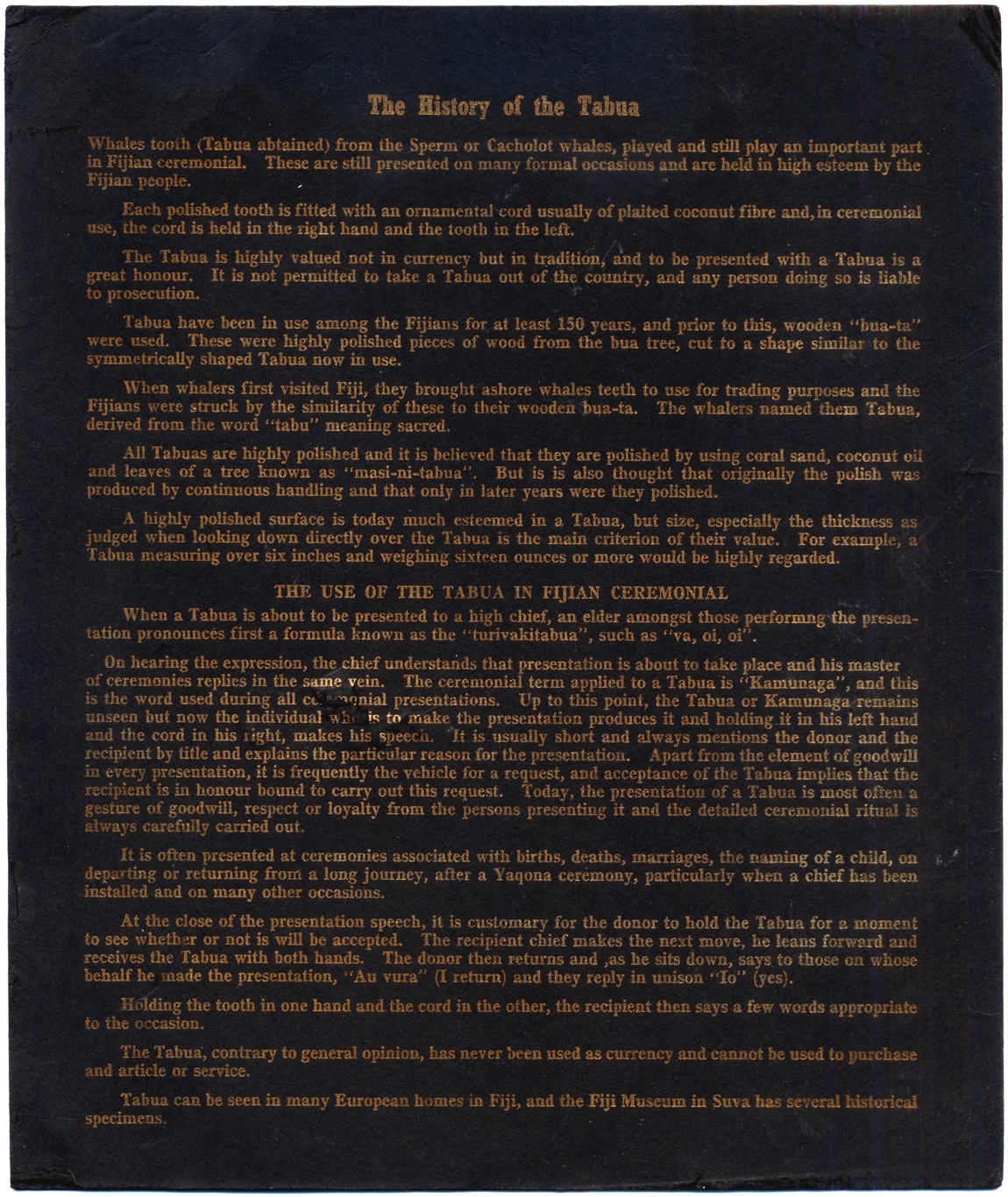