You made your debut for Wales in 1995 and also later became the first Welsh player to be used as a tactical substitute.  Can you describe how it felt winning your first Welsh cap?
I started in the game against Fiji in 95 at blindside flanker, it was in 96 against Australia I become the first tactical sub in international rugby. Your first cap is a dream come true and I was lucky my dream came early in my career at the age of 20. Looking back it was quite strange getting time off work to prepare for the game. The game itself wasn’t very good but I remember receiving my cap off Sir Tasker and feeling extremely proud of placing it the next day in the cabinet at home with my Dad’s.

You joined Cardiff RFC in 1999, played for 3 years and then came back a few years later to play for Cardiff Blues, was there a big difference in skills and professionalism when joining back in the regional era?
There wasn’t a huge difference in professionalism between the club and region. The only difference began in 2005/06 season when the Cardiff Blues got its own gym and training facilities at Hensol Castle. This was a huge step forward being able to go to the same place to rugby train, and do fitness and weights along with offices for video analysis and medical facilities. All these things were spread out all over the capital before.

You played in England for Richmond, Saracens and Worcester.  Was there a big difference in style of play and players abilities from English league to the Celtic league?
The style of play is different from club to club rather than league to league, it’s the beliefs of the coaches that determine this. The big difference at that time was in England they were way ahead in terms of facilities and staff etc. In England you had at least 2 full time physio’s and a masseuse and in Wales it was 1 and they were expected to treat injured and strap the players before training along with massage the heavy legged you seemed to be constantly in a queue. It must have been such hard work for them.
In England it’s not the ability of individual players but the ability of the squads, they seem to have bigger squads with more competition for places.  The fact is the English clubs just have/had more money and they had more staff more players and better facilities.

At Cardiff RFC and Cardiff Blues you were a real crowd favourite, with your barnstorming runs and committed displays, you did pick up quite a few cards in your career, do you feel they were justified in the main or were you singled out?
Some were justified and some weren’t. I did some stupid things at times and at others I had done nothing at all. I remember Dai Young making me sit down with a ref to go through all the penalties I had given away. In 8 games I had given 22 penalties away and out of the 22 I only agreed with 1 (which was a punch) the other 21 I disagreed with. The ref knew why the penalties where given against me but agreed I had done nothing wrong. The fact was I was bigger and stronger than most and could go through rucks and mauls easily but refs didn’t recognize this and always presumed I was off side. That was in a time where most rucks weren’t contested. I remember getting yellow carded in Edinburgh for being punched in the face and the ref said I must have done something first, which I hadn’t but it didn’t help that before the game he asked me how long I would last before I got carded. On the flip side of that I done a lot of things that I didn’t get caught for so I suppose they all work themselves out.

Who was the best coach that you worked under in your career?
John Kingston at Richmond, he was very clever and was way ahead of anyone else of that time in terms of video analysis etc. he even worked out the oppositions lineouts at times.

What was it like playing against your brothers?
Always good fun, your best friends and your family. I always wanted to hit them harder than anyone else, so you had good banter after the game but it works two ways. Gavin often reminds me of when he smashed me in a ruck and knocked me flying. Don’t think it was very nice for my parents and other family members though, as we often did end up fighting, but that’s all we did as kids but we always kissed and made up afterwards. And even in one game on the Arms Park I remember Scott kissing me at the bottom of a ruck after I had smashed him.

You come from a very famous family rugby dynasty, when you came on the scene your dad and brother Scott had already made a name for themselves in the game, did you feel under additional pressure to exceed with being a Quinnell?
Never felt any external pressure but always wanted to be as good as Scott. He was my idol from a young age. I always wanted to be as big and strong as him and in my eyes he was the best ball carrier ever. He was brilliant at running with such a low centre of gravity. I was a totally different ball carrier I preferred running out wide and getting on the outside of someone and handing them off rather than running directly over them like Scott.

Did Agustin Pichot ever manage to get you interested in opera?
He didn’t, but he did take me to an art gallery once. Rugby is such a great game in bringing people from different backgrounds together and forging friendships that last a life time.

Who was the best player you ever played with and why?
My brother for the reasons above, but apart from him, Laurent Cabannes the French flanker. His skills were awesome and he read the game so well. The year I played with him he was literally on his last legs but he oozed class.

Who was the best player you played against and why?
For me Abdel Benazzi was fantastic, he was big and strong and could play anywhere in the back five. I was fortunate to play with him as well and have huge respect for him.

What was your favourite rugby moment during your career?
Winning in Paris in 1999, first time Wales had won there in 25 years, and the game was fast and exciting to play in.

What was your greatest disappointment in your rugby career?
Losing to Gloucester in the Heineken Cup in 2000, though we had a good enough team to win it that year.

When you were forced to retire in 2006, after picking up a serious injury playing for Cardiff Blues versus Glasgow Warriors, did you find it hard to adapt to life away from playing rugby initially?
The hardest part is going from earning good money to earning nothing in a short space of time. My body at that point was uninsurable so that made me go back to work straight away and I haven’t looked back since. It was like swopping one team for another but you don’t shower together

Do you still go to the Arms Park to watch games?
I did at the start but haven’t been down for a couple years. I don’t realise that there’s rugby on sometimes, life is really busy at the moment and your priorities change. 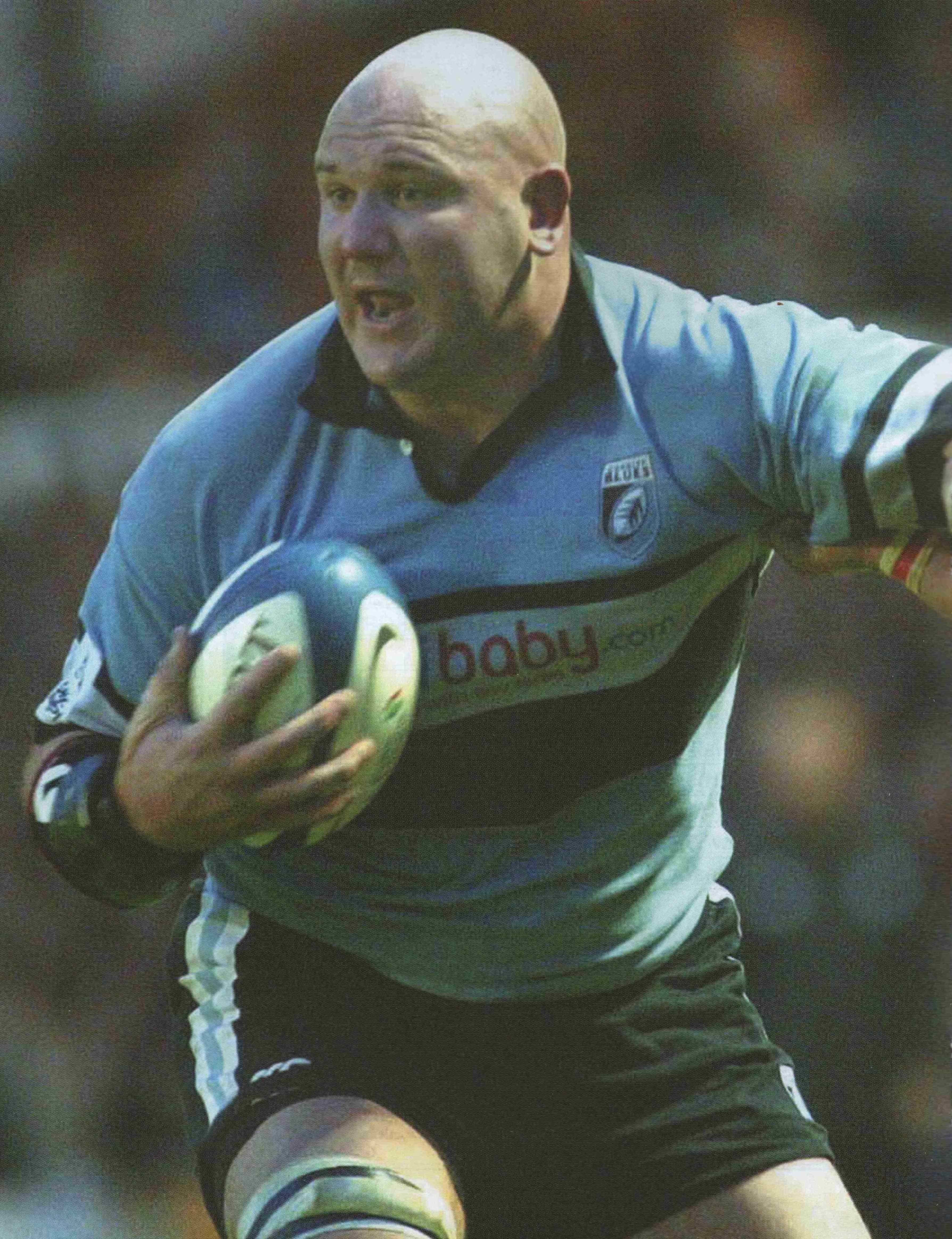