You were a real fan favourite at Cardiff Blues, what were your own thoughts when the decision was made to move from Cardiff Arms Park to the Cardiff City Stadium?
At the time I thought the decision was a positive move due to the better facilities. However, once there we soon realised the stadium was too big to fill - which impacted on the overall atmosphere. It actually felt less personal, less character.

You played with total commitment and no little ability hence why you were so liked and you picked up a number of injuries, how is the body now and in particular your knees?
Body is holding up; I have had a number of operations of late, one being on the knee and another on the shoulder, both successful. As you get older you have to look after the body a lot more, I train every day and now pay more attention to what I eat………….I am dreading turning 26 ; )

Who is the best coach you have worked under?
There’s a number of names that spring to mind. Two of the main ones are Allan Lewis and Dai Young.

Against all the fantastic players you played with who, in your opinion, was the best?
Without a doubt Xavier Rush – Rushy. He is a good leader and a very influential team mate. His skill on the field is second to none.

Opposite to above, you played against some fantastic players in your club, regional and international career, who was the best you played against?
There are a number of names that come to mind but without a shadow of a doubt the legend Jerry Collins. He was a good friend of mine. We have many stories to tell both on and off the pitch. He was a natural at the game; he stuck out for his physicality and his tackling abilities.

How do you see Tonga doing in the upcoming World Cup?
Tonga are the under dogs, obviously the All Blacks are the favourite to win the pool. Tonga are a hard working team with passion and ability but what we need is the financial backing to match the bigger nations. I would like to see them go through to the quarter finals; it’s between Tonga and Argentina but it’s a big task for the boys and anything could happen. In the last World Cup Tonga beat France………….watch this space - Ikale Tahi !!

Which did you prefer, winning the Welsh Premiership with Bridgend in 2003 or winning the Challenge Cup with Cardiff Blues in 2010?
Both pretty special but the one in Marseille stood out for me, we were the underdogs and we won in front of over 50,000 people………….the plane journey home was very vague ………

What was the biggest pro and con of being a professional rugby player?
The best thing is doing what I love and being paid for it. I love meeting all the fans and have a lot of time for the supporters. I also really enjoy coaching the future stars and passing on my knowledge of the game to the youngsters.
The con is the injuries and how you prepare mentally to come back from it.

I believe you still reside in Wales, are you planning on returning to your place of birth Tonga?
No, Wales is my home now, it is a beautiful place to live the Welsh people are second to none. My wife Helen is from Wales and my boys have grown up here - Kalafi and Xander - they have high hopes of following in my footsteps and playing rugby in Wales.

What was your take on the demise of Celtic Warriors which occurred when you were a mainstay of the team?
That was a tough one for the players and management, to be told you are going to lose your job and not going to play was a pretty scary prospect. It was a great loss to the fans too.

Who in your opinion is the best player in the world in your old position of blindside flanker?
The have been so many world class players playing the number 6 role, but in my opinion it would be Jerome Kaino.

Do you still visit Cardiff Arms Park to watch Cardiff Blues?
Yes, I’ve had some great memories at CAP and I go down there as much as possible to watch the game and catch up with the boys. Unfortunately due to my team’s fixtures, this can prove difficult.

Realistically, what would you class as a successful season for Cardiff Blues next season?
I would love to see Cardiff Blues play in the Champions Cup again. If they could qualify for it that would be great. 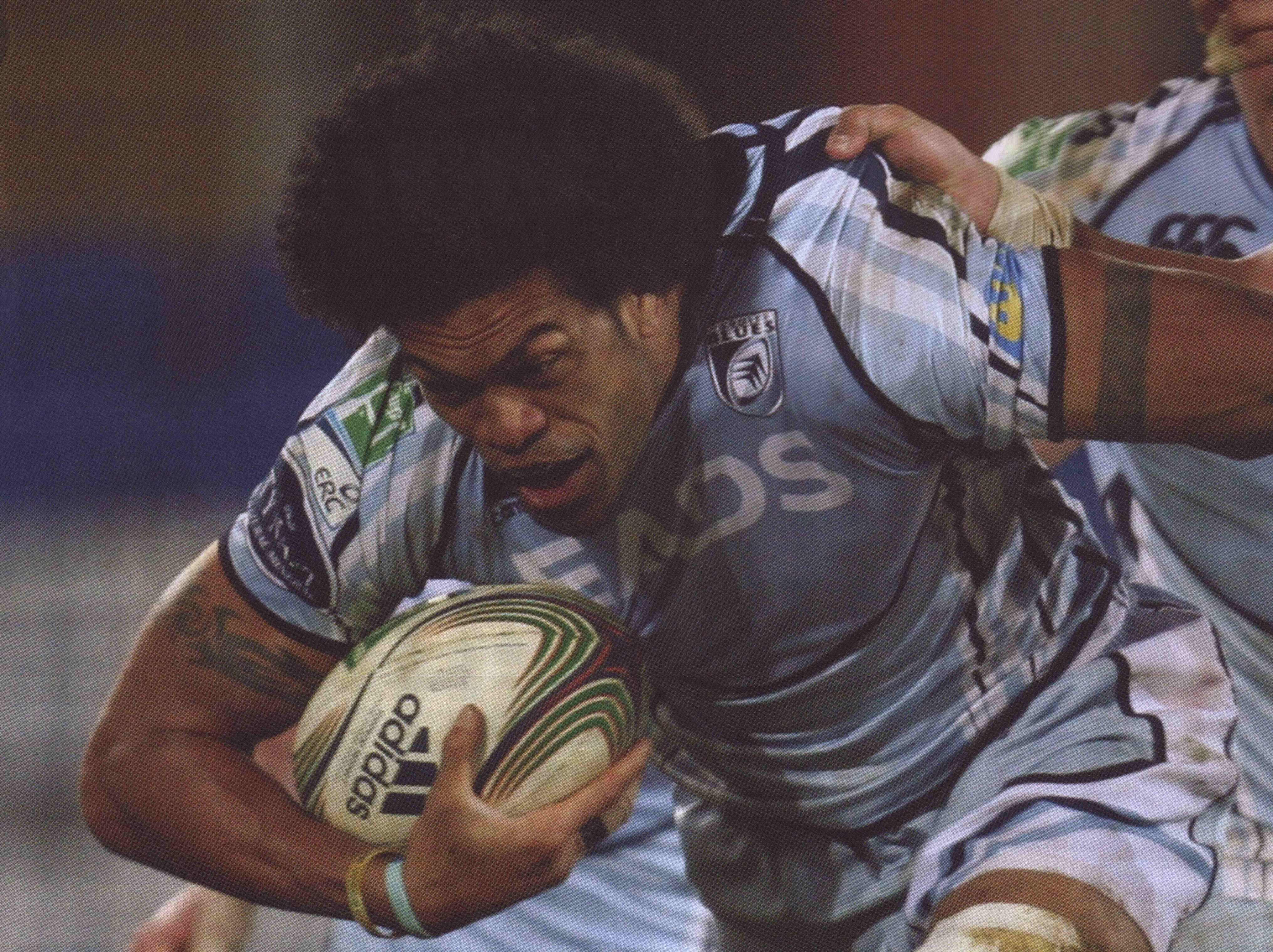