Why are you leaving the Cardiff Blues when your performance levels are at such a high level?
As I was coming out of my contract and Nick Williams coming into an already fiercely competitive position meant it was difficult for me to be kept. I have all the respect in the world for Nick as a player and I am certain he will have a huge impact within the team. I am disappointed to be leaving but it is time for me to move onto the next chapter.

Are you likely to remain in Wales next season, or another club in the Pro 12?
No unfortunately not, I will be moving abroad.

How has Danny Wilson changed things at the Cardiff Blues, and what is so different to last season?
Danny Wilson has made a tremendous impact at the Cardiff Blues. He has unleashed a fighting spirit and mentality within the team. This season the training has been more specific and intense. Technically we are more precise to certain elements of the game. Danny brings out the best in each individual player and finds ways to harness their strengths, giving us the new identity which we have now.

Who was your hardest opposite number in the Pro 12?
I would say Jamie Heaslip and Leone Nakawara.  Both are world class, skilful players that exploit all areas of the game.

Who in your opinion is the best number 8 currently in world rugby
Kieran Read. He is just a phenomenal all round player.

Who was the toughest team you played in the Pro 12?
Glasgow Warriors

Do you target playing for Italy again?
If the opportunity arises then I would take it.

You played for Italy in the 2007 World Cup, can you describe the experience?
It is the experience of a lifetime; there are not enough words to describe it.

Who is the funniest player you have played with?
Lou Reed. There is never a dull moment when he is around... You have to expect the unexpected, on and off the field.

Who is the best coach you have ever worked with?
I would say Danny Wilson and Franco Smith. They both have a similar style of coaching.

Who is the best rugby player you have ever played with?
Sergio Parisse and Sam Warburton. Not only are they exceptional rugby players and great leaders on the field, they are both humble with great personalities.

Who is the best rugby player you have played against?
Shane Williams. Too difficult to tackle, because tackle at a normal height you risk being penalised, and you can't go in for the island kill tackle because he had a great side step, and of course he was very quick. Just a great player.

I would like to say a big thank you to the Cardiff Blues fans for all the support during the past two seasons that I have been here. I feel blessed that I have been able to spend some time in such a beautiful city and be part of a great rugby club, so rich in culture and tradition.
You have made it a memorable and special time here in Cardiff, and although I won't be wearing the jersey, I will always be part of the Cardiff Blues family.  Thank you.
Category:
Written Interview
Object Status:
Cardiff Rugby Museum
Acknowledgement:
Reproduced by kind permission of Craig Muncey 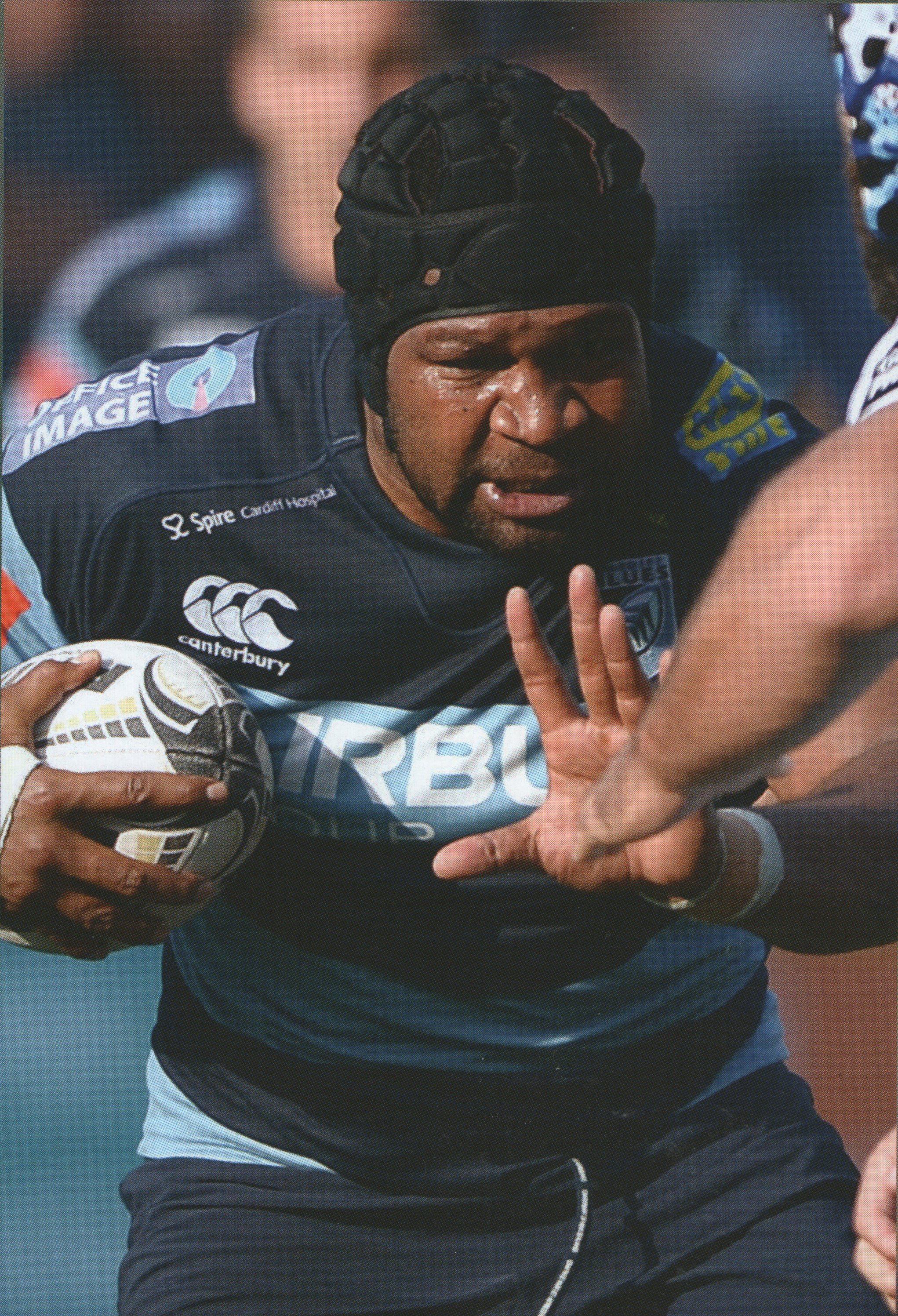