You made your debut for South Africa against New Zealand in 1992, playing alongside Danie Gerber, what do you recall about the match itself and the feeling you had representing your country against, of all teams, New Zealand?
It was a proud moment in 1992, after world rugby isolation, to play against the mighty All Blacks. I think for every newly capped Springbok it is always an honour to play on home soil against the All Blacks. To score a try was a dream come true for me personally.

In 1995 you broke your neck playing rugby; did you feel that was to be the end of your rugby career?
At first it was a huge disappointment to know that I would miss the 1995 World Cup as it happened two months prior to the event. Injuries are part of the game and I knew I would recover and continue my career.

You played rugby league for Penrith Panthers in Australia, did you find the skill levels from league to union vastly different?
At the end of 1995 going to Australia to play rugby league, rugby union wasn’t professional but rugby league was, so there were many skill sets that need to be learnt as well as defensive techniques. Overall it helped me when I returned to rugby union and made me more confident in attack and defence.

You played rugby in Ireland for Greystones as a young man, did those 6 months improve you as a player after you had played in South Africa prior to that?
In 1990, when I was still 21 years old, the rugby in South Africa was stale, in the sense that there no international rugby and I wanted to experience different rugby cultures. John Robbie, the ex-Irish scrum half, told me about Greystones where there were some Irish internationals playing at that stage and I wanted to have a new rugby experience in the northern hemisphere. The experience did improve me as a player.

You moved to Cardiff RFC in 2000, how did this move come about and why did you choose Cardiff?
After the 1999 World Cup I achieved my goal to play in a World Cup and I was picked for the Barbarians side to play in 2000. Neil Jenkins and Rob Howley were also in the side and I asked them about Cardiff and the potential to come to play there. The conversation spread quickly, leading me to come to Cardiff a few months later. I could have played in England but I felt the Welsh had a very strong rugby culture that fitted in with our South African way.

You played 80 matches for Cardiff, if you had to choose one match in particular that stood out, which would you choose?
It is very difficult to pinpoint one game but for me it’s the experience of playing with different players and seeing a young player coming through the system and becoming an international player. That was the greatest part for me in playing for one club for that period of time.

You made 33 appearances for your country, which match stands out as the most memorable in your opinion?
Your first test is always your most memorable but for me there are three that stand out:
First test against All Blacks at Ellis Park 1992
Opening of Millennium Stadium 1999
1998 Tri Nations final

You also played in France for Toulouse, can you describe that experience and was French club rugby vastly superior to Welsh rugby?
For the short stint I had at Toulouse in 1996 I can say yes, French rugby was more superior, but at the moment European rugby as a whole the playing levels are very much equal.

Who was the best player that you ever played with and why?
Joost van der Westhuizen because he was the complete player, like Gareth Edwards, that could score tries, break the defensive line and had a great vision of the game.

Who was the best player you ever played against and why?
The late Jonah Lomu, because he was the ultimate player in size, speed and agility.

Who is the best coach you have ever worked with?
Ian McIntosh and Nick Mallett. Both had different coaching styles but both let players grow in their own position. I enjoyed working with them both.

Do you have any regrets in your rugby career?
No regrets, only great memories and many great friends made.

Do you still keep in contact with any of the Cardiff players or coaches you played with?
Yes I do. Facebook has made staying in contact much easier. I do still see many of them, on tour and at functions etc. Cardiff Rugby will always be close to my heart.

You spent some time coaching Wales at different age groups and also were Director of Rugby at Doncaster, are you still involved in coaching and if not, is it something you would like to get into again?
I love coaching, it’s my passion. It’s great to see players develop and grow. I had a successful run at Doncaster, as well as Japan and Italy. I am currently involved in rugby development alongside the South African Rugby Union to grow the game at grassroot level. 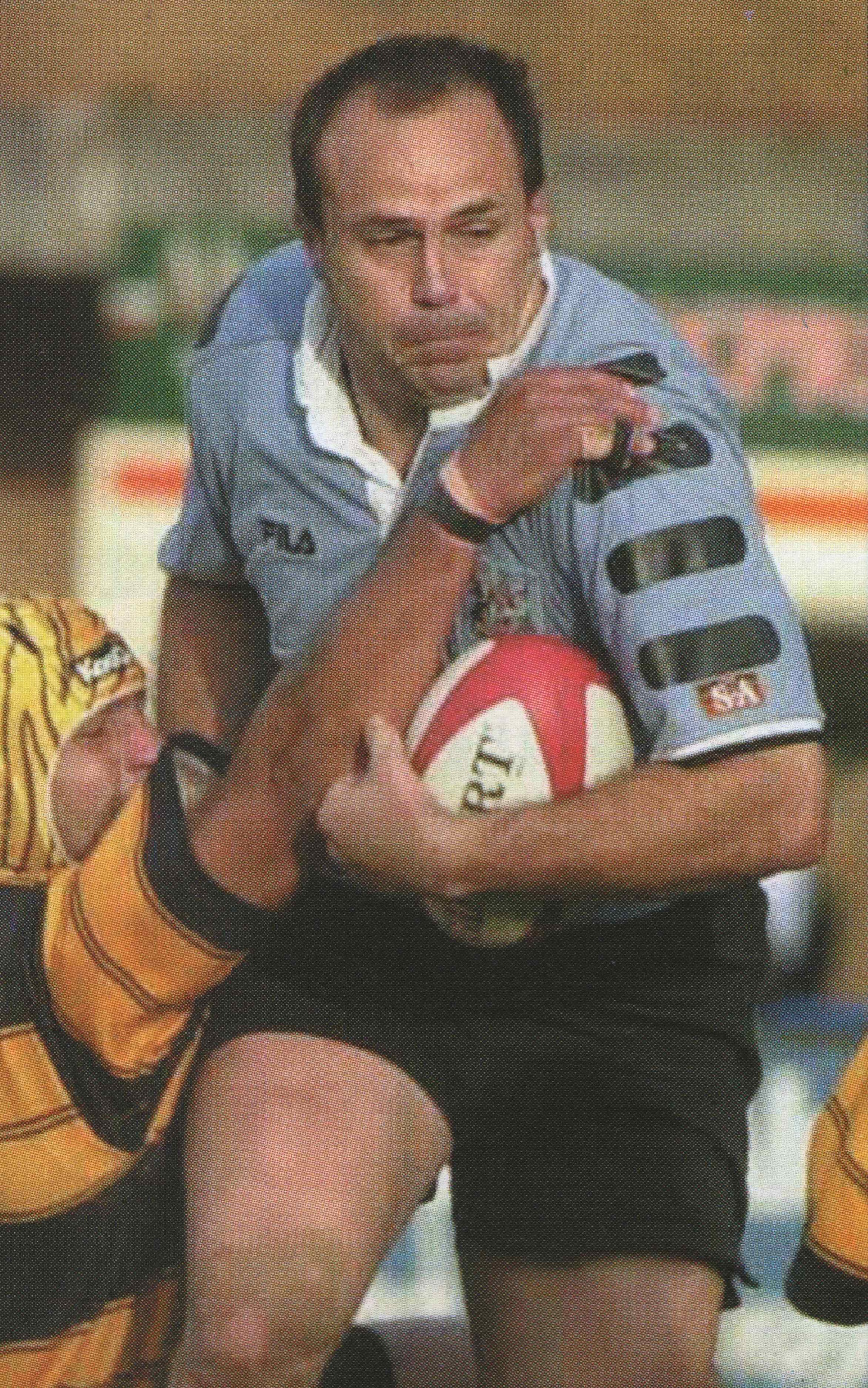