Can we have our ball back?

Jan
03
2023
1
Read so far
On Thursday November 1st, 1923, England and Wales met Ireland and Scotland in a match at Rugby school to commemorate the centenary of the moment when William Web Ellis, ‘with a fine disregard for the rules of football as played in his time, first took the ball in his arms and ran with it’, thereby founding the sport of rugby.

Tom Johnson and Arthur Cornish were Cardiff representatives in the England and Wales side that day and shared in a 21-16 victory. Tom, popularly known as ‘Codger’, was a Cardiff boy and attended the South Church Street Docks School. Equally at home on the wing or in the centre, Codger made his Cardiff debut at the age of 17 in 1920 and over his career scored 129 tries and five drop goals in 187 games. He captained the side against the All Blacks in 1924 and also won twelve Welsh caps.

The match at Rugby was appropriately commemorated with a splendid photographic montage, a copy of which is held in Cardiff Rugby Museum and can be seen below: 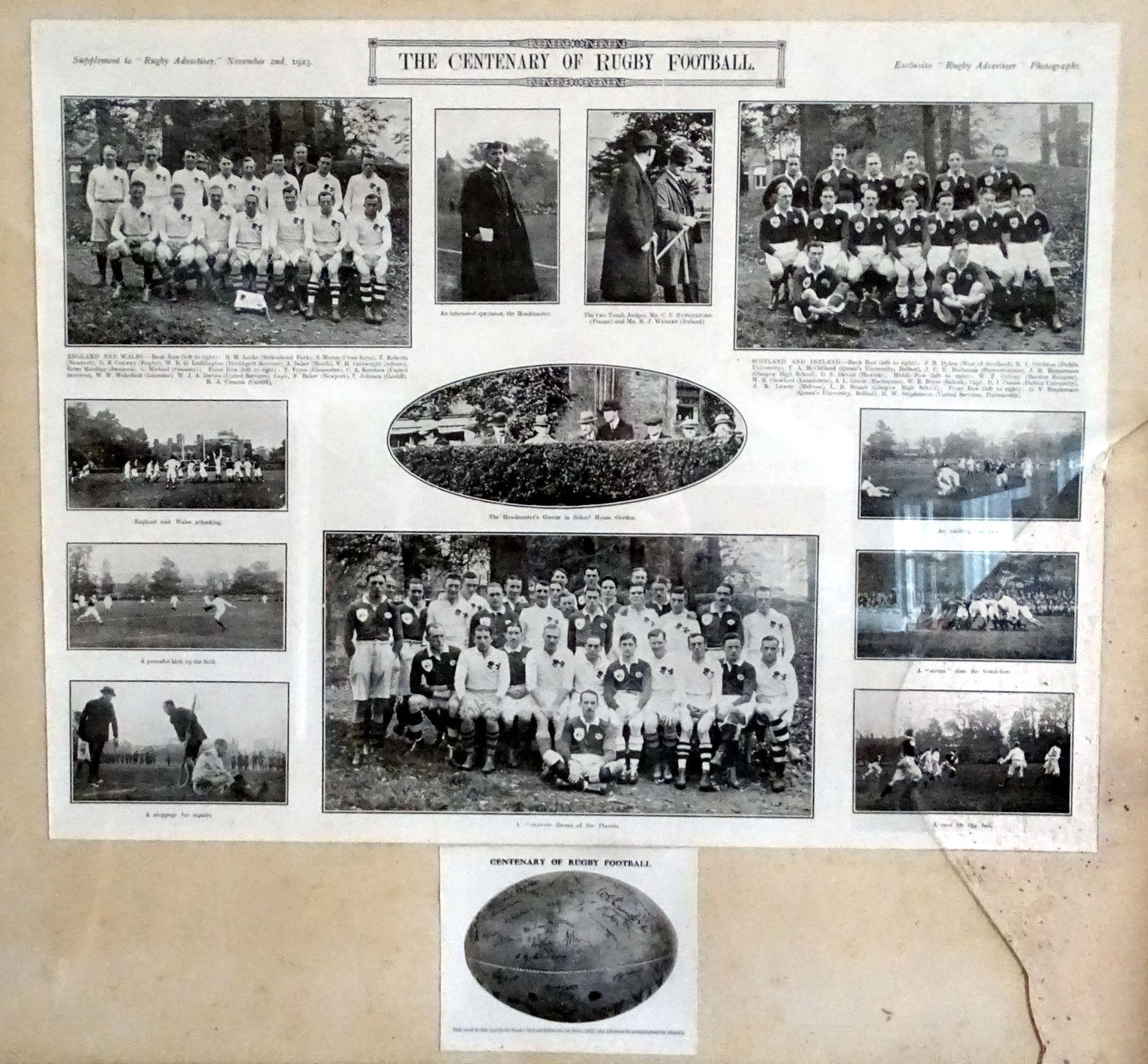 Codger’s shirt from that day also survives and is in the hands of an eminent Welsh collector of rugby memorabilia. The jersey is white and features the combined badges of England and Wales together with the date ‘1923’. It’s a rare and splendid item. 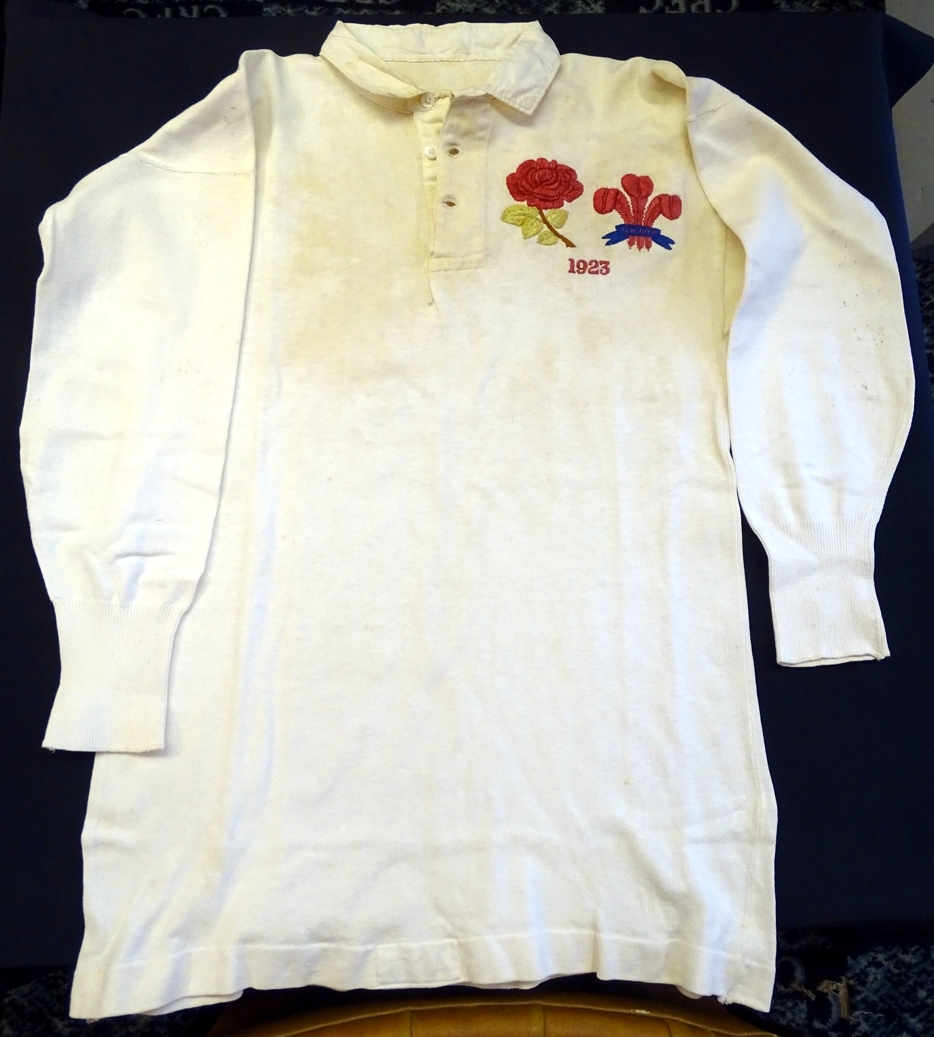 Tom’s family have recently been in touch and made us aware that he had the match ball signed by all the participating players (as can be seen below).  At some point, he loaned the ball to a friend (possibly from Penarth or Somerset) who wanted to show it to a fellow fan on the clear understanding that it was returned - but it never was! 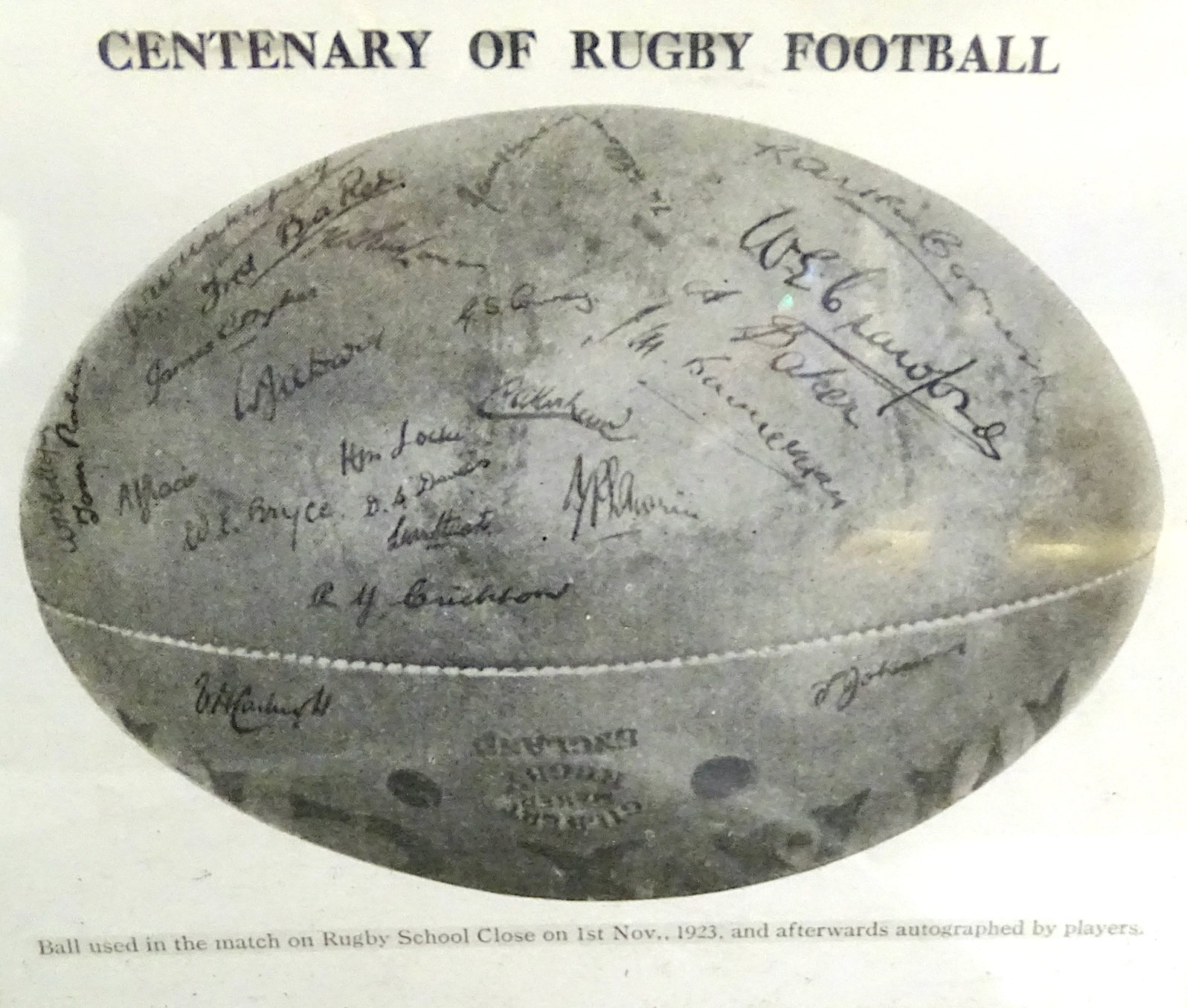 Given the fate suffered by much rugby memorabilia, this is a tough ask, but the family would love to find the ball and, if possible, reunite it with Codger’s jersey so that both can be displayed together for the 2023 Bicentenary celebration of the birth of rugby.

We’re therefore asking whether there is any club or collector out there who thinks that they may have the ball and who would be willing to help achieve this ambition.
It would be tremendous if we could. If anyone has any information that could help, we’d love to hear from you at Cardiff Rugby Museum. (cardiffrugbymuseum.org/contact-us)
Keywords:
Tom Johnson

Your information about Johnson is incorrect. In 1920 he played for Penarth an scored two tries against the Barbarians. He was elected Penarth captain at the following General Meeting. He started the 1920-21 season as member of Penarth FC, but then was "recruited" by Cardiff which he joined after two matches, one against Cardiff themselves. He was greatly admired and respected, until five years and 187 games later he left Cardiff to return to Penarth.