Object Id:
0016
Info:
Labeled Jack Watters, who was club secretary this season.
L. C. “Jack“ Watters succeeded Charles Arthur and served the club as a most able administrator until the second world war broke out, when, as an army reservist he was "called up” and served in Normandy in a Pioneering Battalion. He survived, and returned to the country to take up the post of secretary of the Cardiff Arms Park Greyhound Coy. Lts, and died in 1952.
Season:
1929/1930
Category:
Cap
Object Status:
CAC Collection
Keywords:
Cap 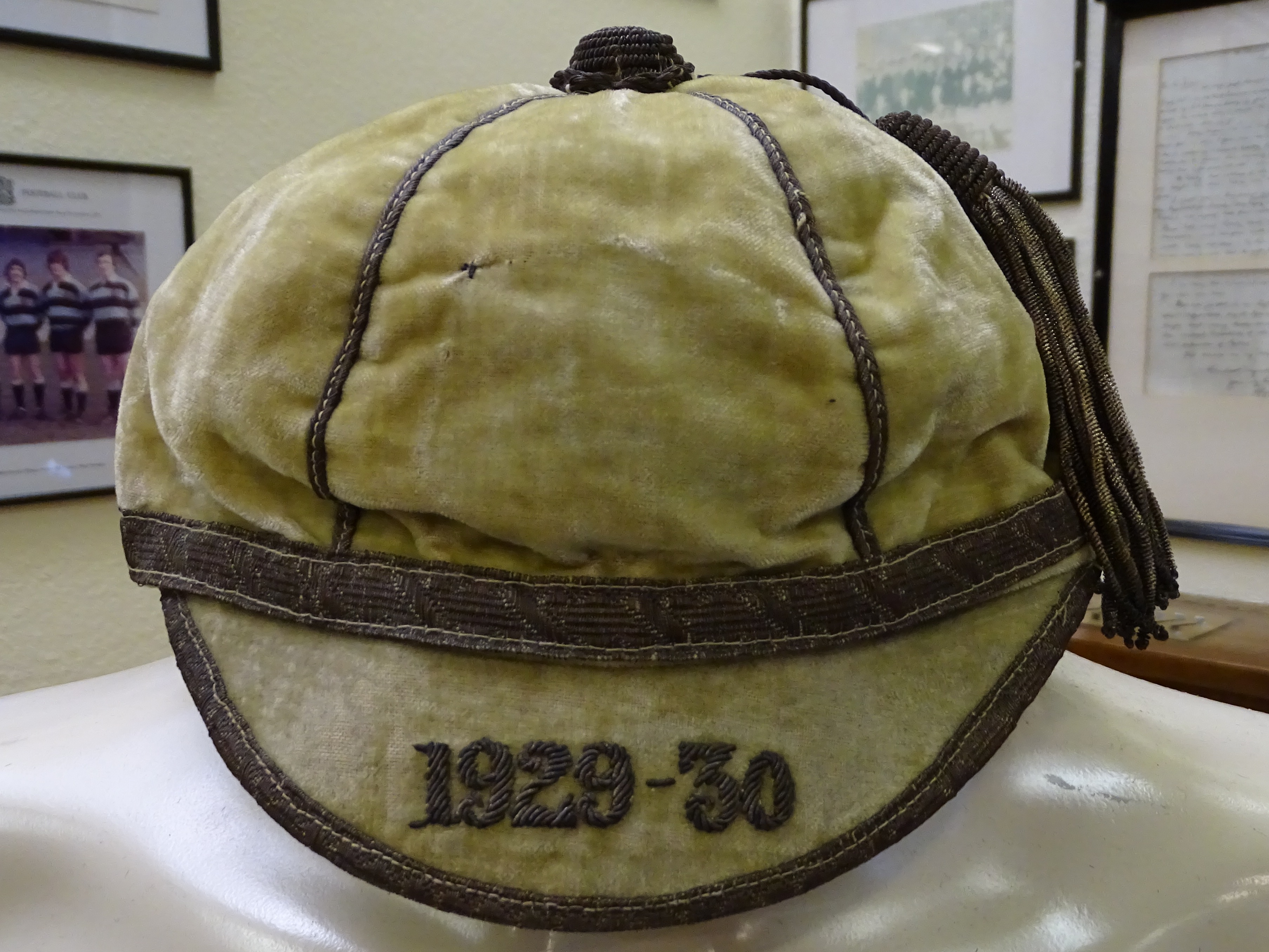 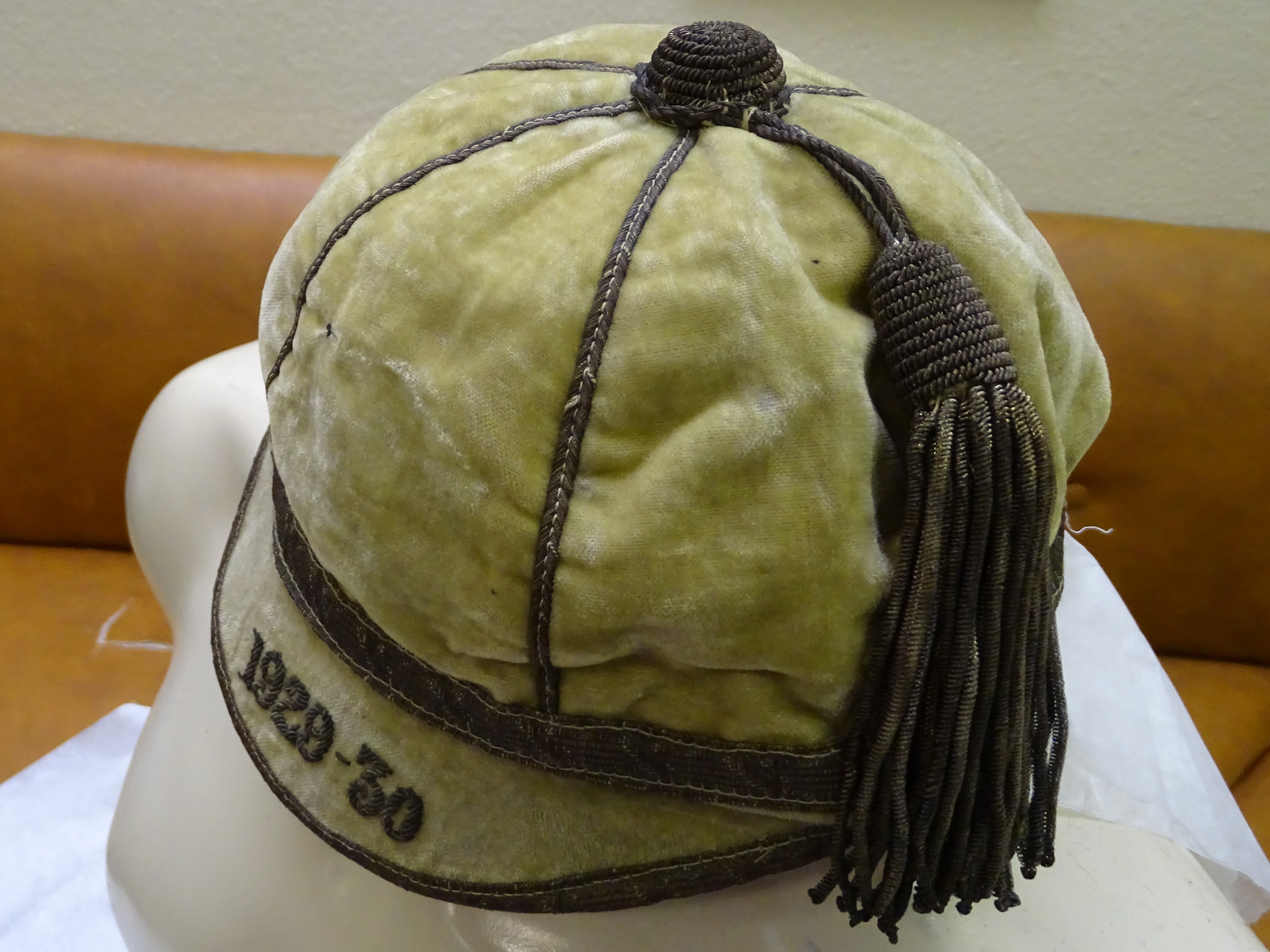 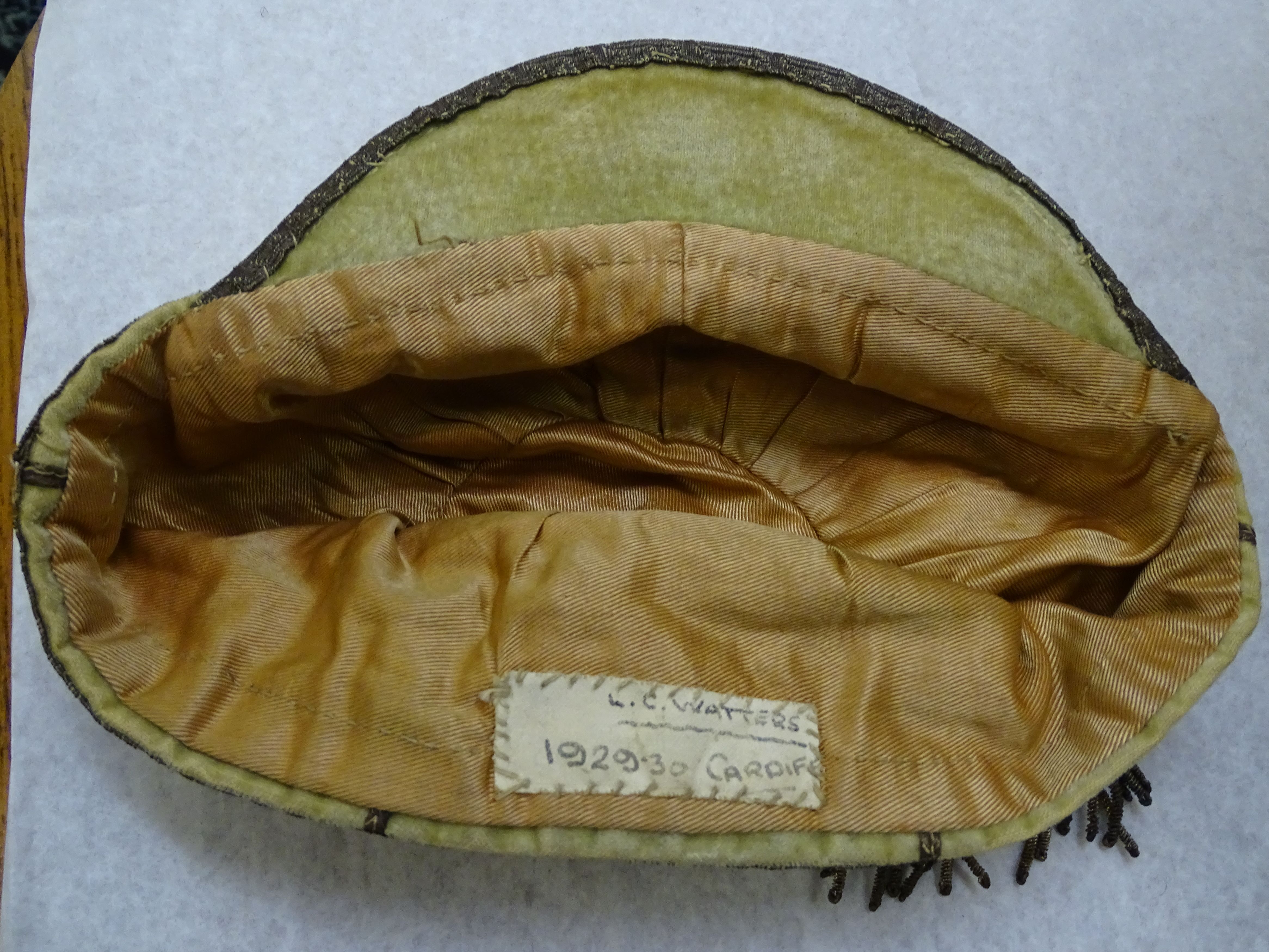