Object Id:
0158
Info:
Wales played only two matches in 1885/86, against England and Scotland. This cap must be one of the six awarded to new players that season. Those who received Welsh caps for 1886 were: William Bowen (Swansea); Evan Roberts (Llanelli); Alfred Mathews (Lampeter College); and Cardiff players William (“Billy”) Douglas; David (“Dai”) Henry Lewis; and George Avery Young.
Whist it is perfectly possible that this 1886 cap once belonged to Bowen, Roberts or Mathews, it is much more likely that it was donated to the club by one of the Cardiff players or his family. However, Billy Douglas’s cap is already in the Cardiff Rugby Museum (see Id 0240).
So this particular Welsh cap was probably presented to the Cardiff club either by Dai Lewis or George Young. Both made their Welsh debut against England at Blackheath on the 2nd January 1886 when Wales lost by a goal from a mark and two tries to a goal.
Dai Lewis emigrated to the USA in September 1886 and, if he took his cap with him, that leaves George Young as the most likely original owner of the 1886 Welsh cap now in the Cardiff Rugby Museum.
George Avery Young was born in North Shields on the 23rd March 1866. His father was a prominent Cardiff ship-owner and in the 1891 census George was described as “living on his own means”.  He was educated at Monkton House and Malvern College, where he played cricket, soccer and racquets for the school. He played rugby for Monkton House and Cardiff Harlequins. George was a forward and three-quarter for Cardiff in eighty-seven matches between 1882/83 and 1891/92 and was captain in 1887/88. He won two Welsh caps at forward, both in 1885/86. He also played cricket for Cardiff, Penarth and Glamorgan.  George Young died in Penarth on the 21st January 1900 after a long illness, aged only thirty-three.
David Henry Lewis was born in Radyr on the 4th December 1866. His father was a publican. Dai was educated at Silesia College, Barnet where he represented the school at soccer.  He initially worked as a clerk for the Great Western Railway at Cardiff Docks. He played for Cardiff forty-six times between 1883/84 and 1885/86. Previously, he had also played for Canton and Cardiff Harlequins. He also represented Cardiff Harriers at athletics. Like George Young, he was capped twice by Wales at forward in 1885/86. Dai’s rugby career came to an abrupt end when he emigrated to the United States in September 1886 and he subsequently had a successful career in the automobile industry there. He died at Buffalo, New York State, USA on the 8th September 1943, aged seventy-six.
The other previously-capped Cardiff players who represented Wales in 1885/86 were Frank Hancock, Frank Hill and William “Buller” Stadden.
Season:
1885/1886
Category:
Cap
Object Status:
CAC Collection
Acknowledgement:
Info by Gwyn Prescott
Keywords:
Cap, Wales 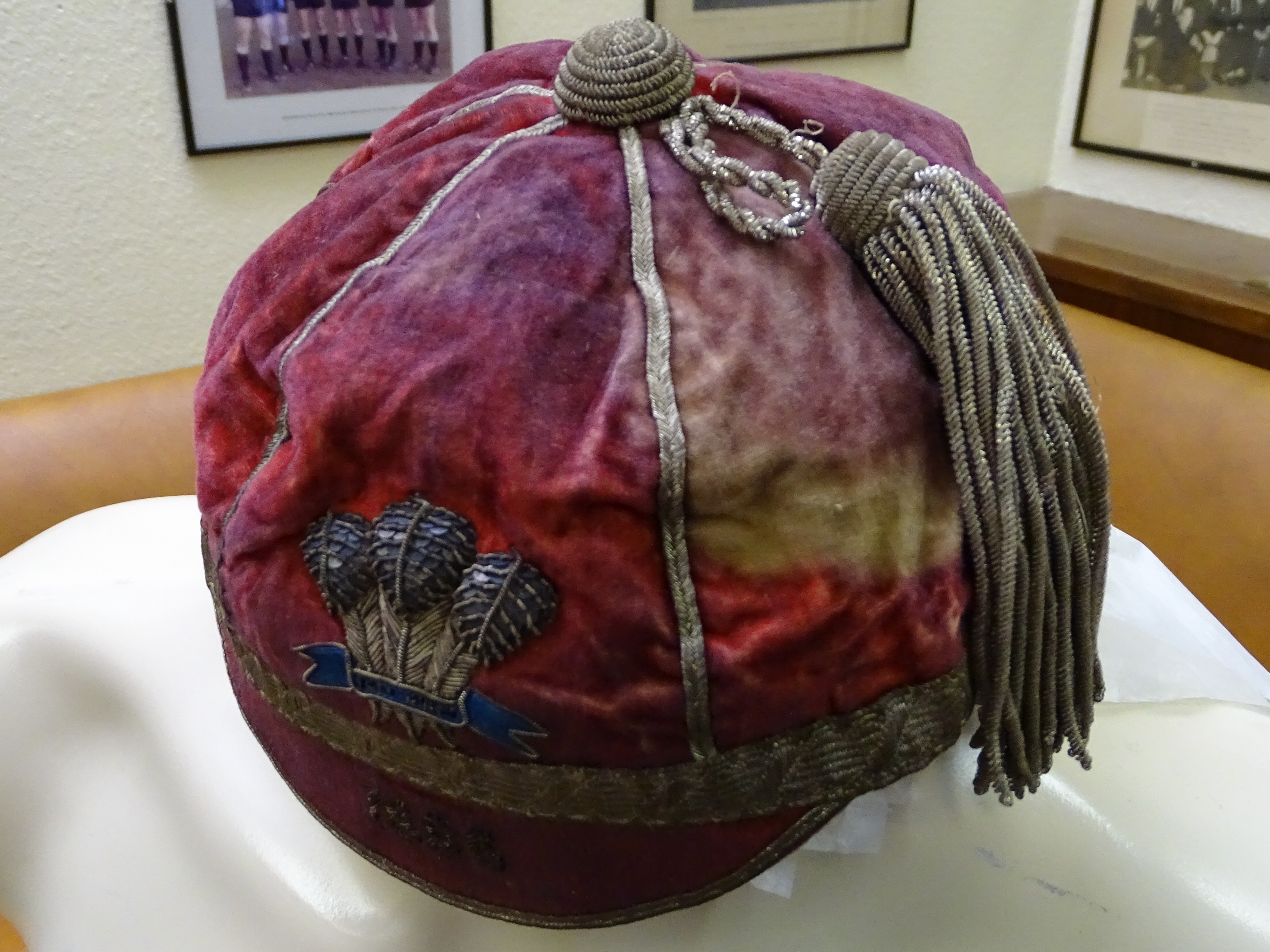 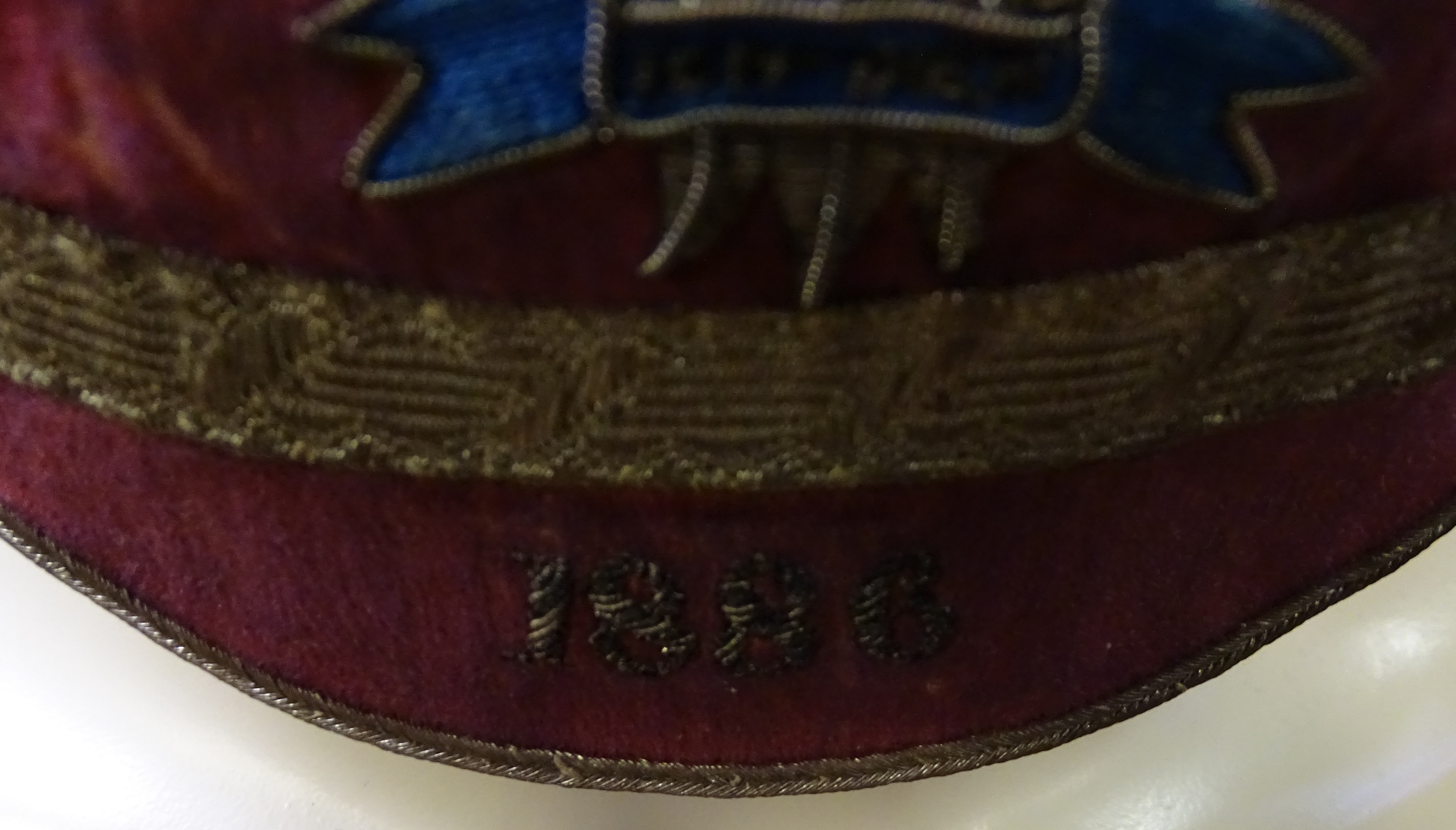 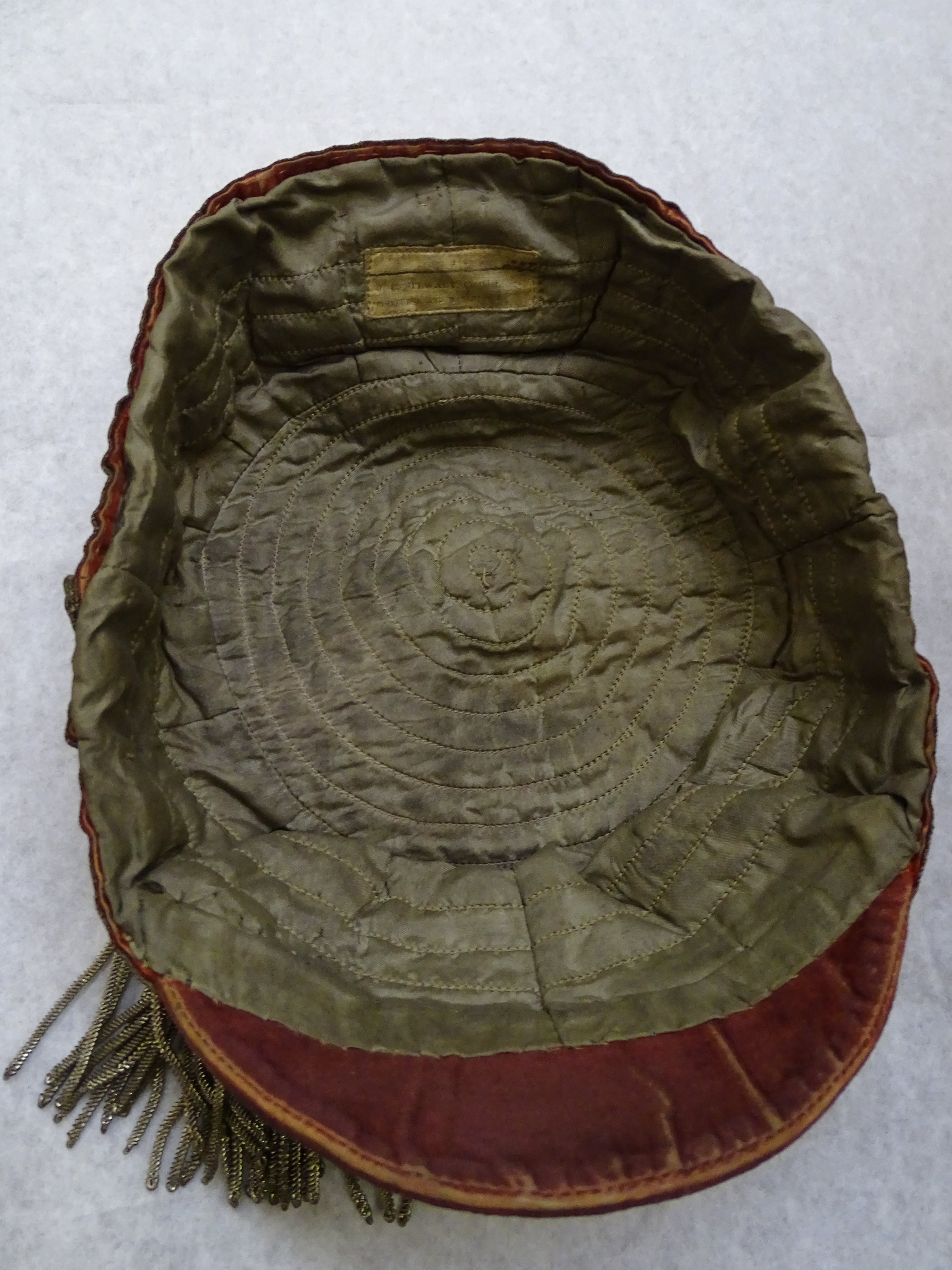