Object Id:
0108
Cap awarded to Frank Trott.
Info:
Cap awarded to Richard Frank Trott on his first official international appearance - Wales v England 17/1/48 at Twickenham. He appeared in all the 5 nations matches in 1948 and 1949 and in his eight international appearances scored 2 points, the conversion of Bleddyn Williams’ try in the 6-5 defeat to Scotland in 1949 at Murrayfield. Frank was one of 11 Cardiff players representing Wales in the 1947/48 season.
Frank appeared briefly for Cardiff in the 1937/38 season but was soon playing for Penarth, mainly at full back, where he soon earned rave reviews in the local press both for his attacking and defensive prowess. He captained Penarth in his second season and was captain in the only game he played for the Seasiders in the 1939/38 season before joining the army. He had played in a Welsh trial before the war and while still nominally a Penarth player had the first of his 5 appearances for the Barbarians in 1944. He also played in the unofficial Victory internationals against Scotland and England in February 1946, which were not regarded as “caps” by WRU.
After leaving the Army he rejoined Cardiff in time to play against the Barbarians and then for them against Swansea at Easter 1946. Frank was vice captain to Bleddyn Williams for Cardiff in 1949/50 season. His last season was 1952/53 at the end of which he had reached the age of 38.
Frank Trott was an accomplished full back for Cardiff making 205 appearances. He went on to become a long serving and distinguished Hon Secretary for Cardiff RFC.
Season:
1947/1948
Category:
Cap
Object Status:
CAC Collection
Donated By:
Frank Trott
Keywords:
Cap, Wales 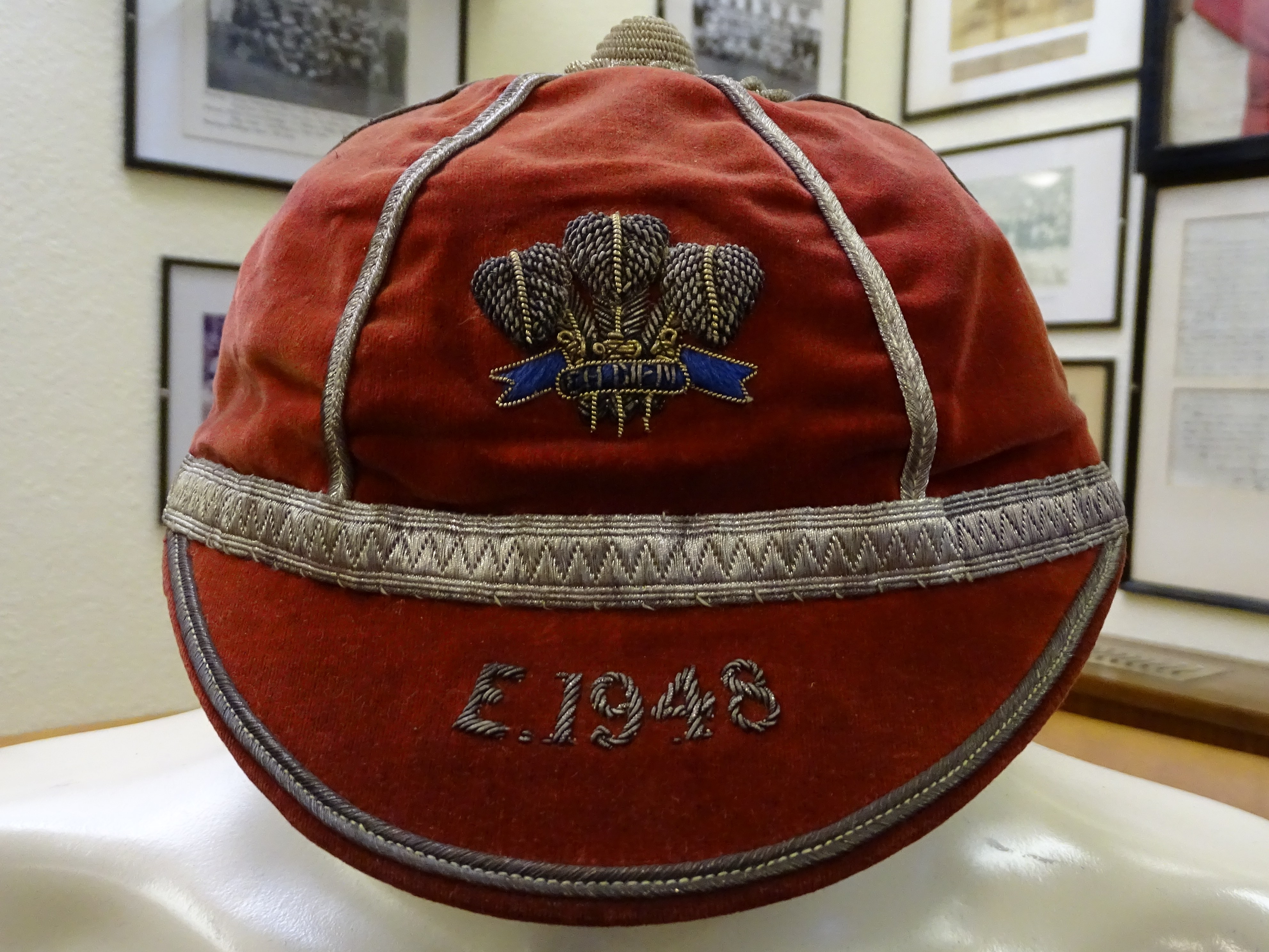 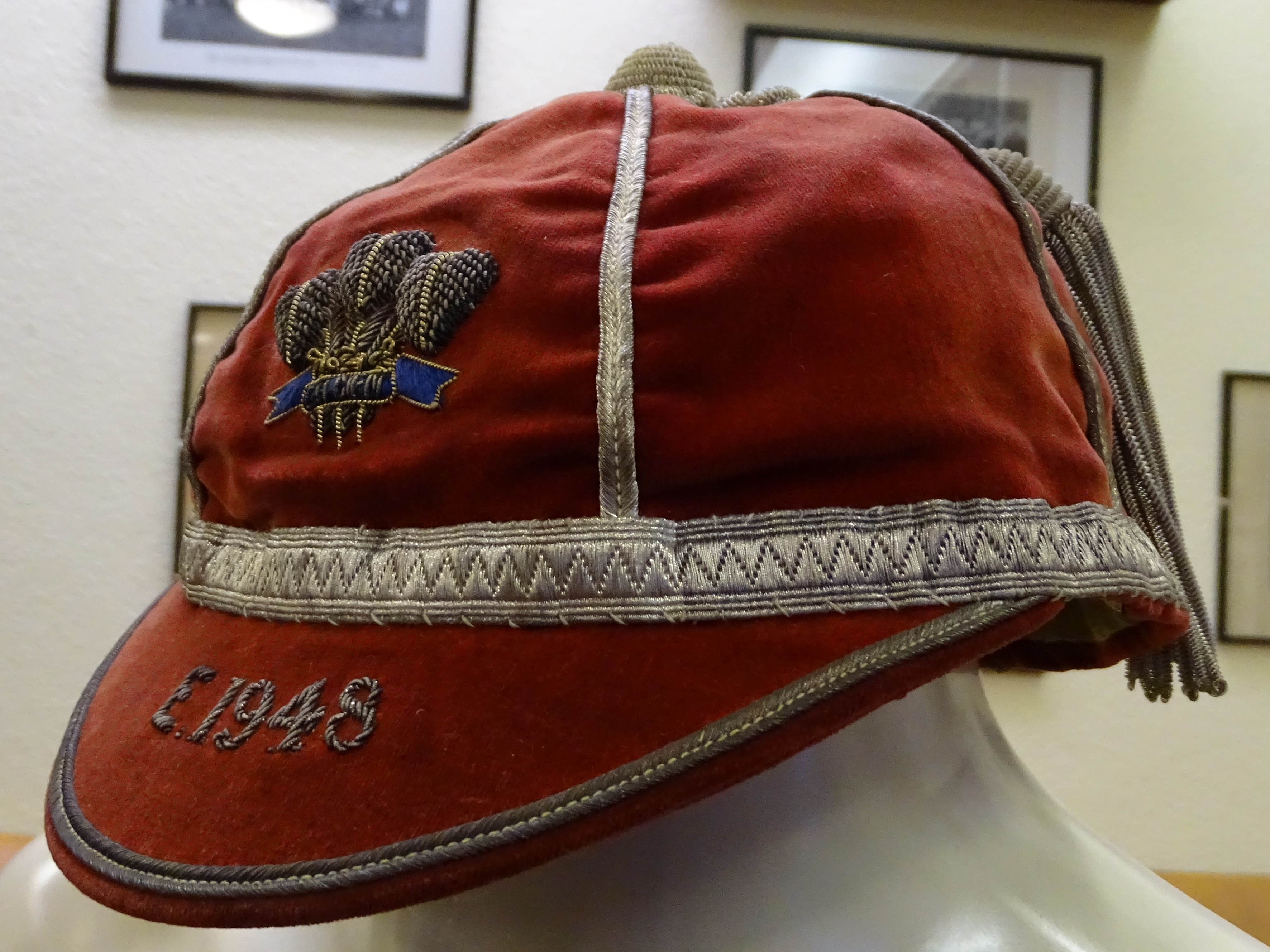