Object Id:
0664
A commemorative cap awarded to Gareth Edwards
Info:
In recognition of his 53 Wales caps, mounted in a frame with photograph and tribute statement.
Gareth Owen Edwards was born in Gwaun Cae Gurwen in 1947. After making his debut for Cardiff against Coventry in September 1966 he played 12 seasons for Cardiff, scoring 67 tries in 195 games. Under the tutelage of former Cardiff scrum half Bill Samuel, Gareth Edwards went on to become, arguably, the greatest scrum half of all time. Gareth won his first international cap for Wales against France, in Paris, in April 1967. Between 1967 and 1978 he won 53 caps for Wales, including 13 as captain, the youngest ever captain for Wales. Unsurprisingly for such a talented player he also played in ten test matches for the British Lions. Edwards was educated at Cardiff Training College, for whom he played as well as appearing for Wales Secondary Schools, East Wales, The Barbarians, The Irish Presidents XV, A World XV (in South Africa in 1977), a Combined England/Wales against Ireland/Scotland, the first Wales Sevens team and as a guest for the RAF (on tour in Cyprus in 1972). In 1974 he was named BBC Wales Sports Personality of the Year and in the following year he received an MBE. In November 2001, Gareth Edwards was voted the "Greatest Welsh Player of all time" and has been inducted into the Halls of Fame of World Rugby and Cardiff RFC.
Category:
Cap
Object Status:
CAC Collection
Keywords:
Gareth Edwards, Cap 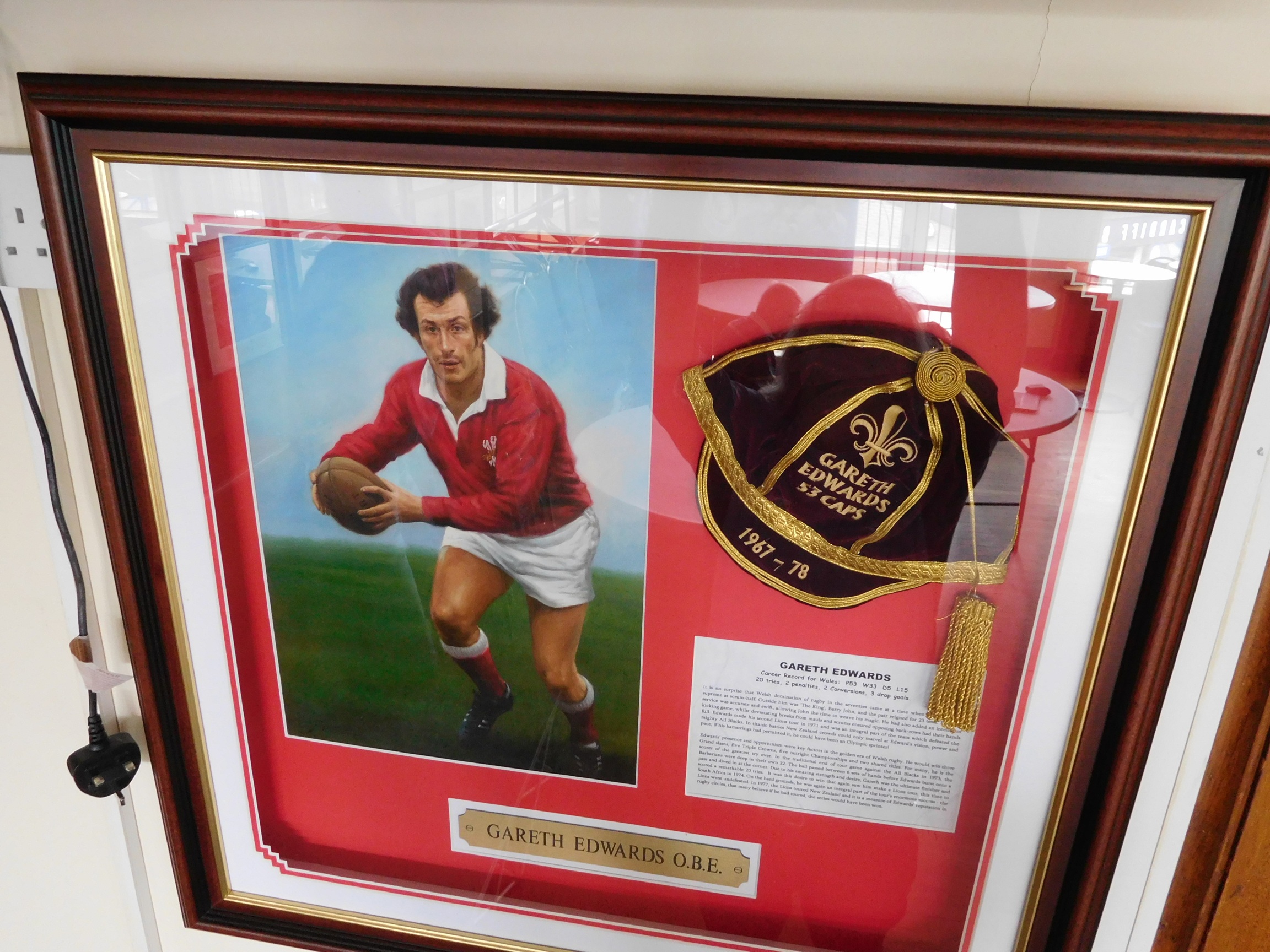 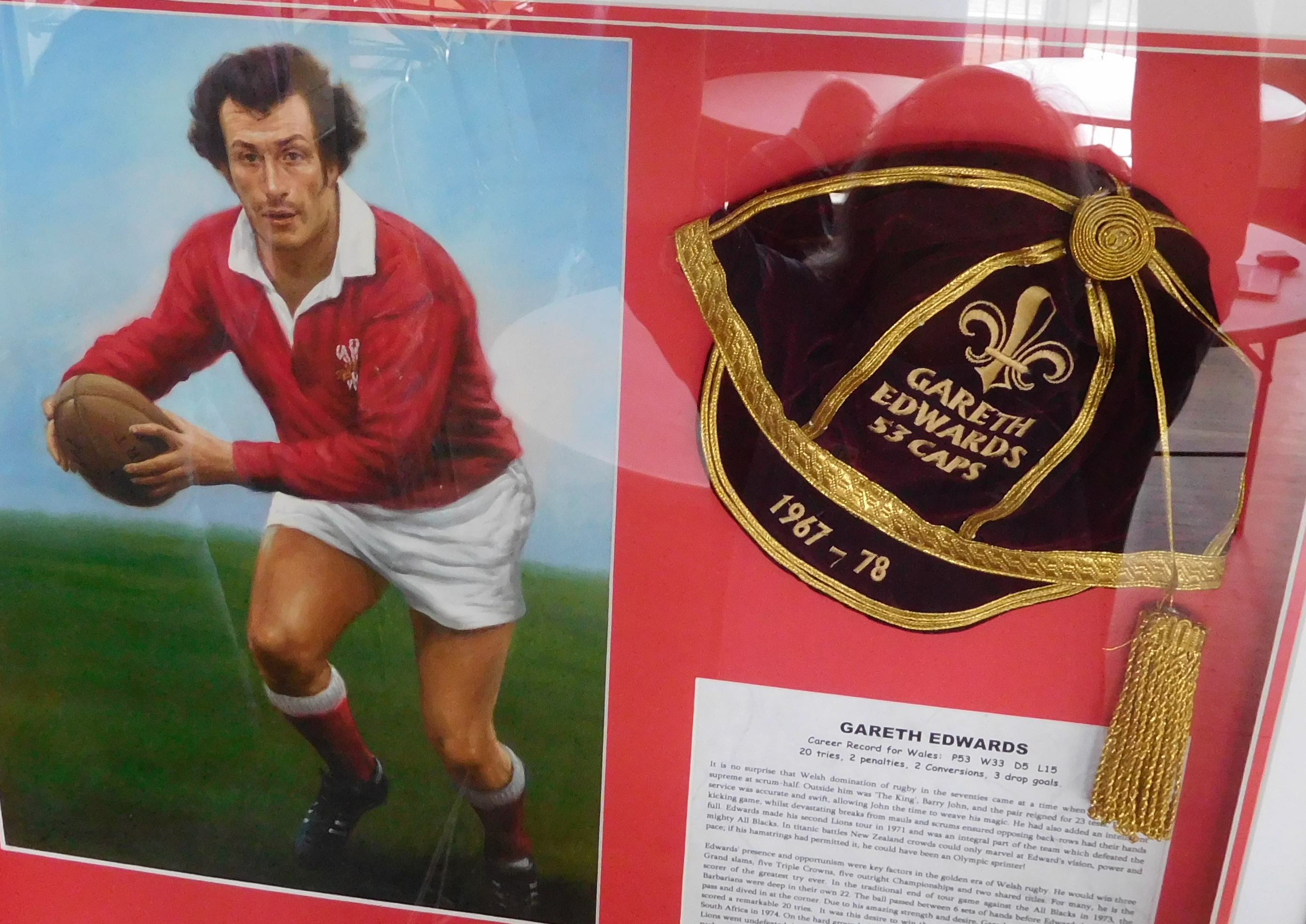 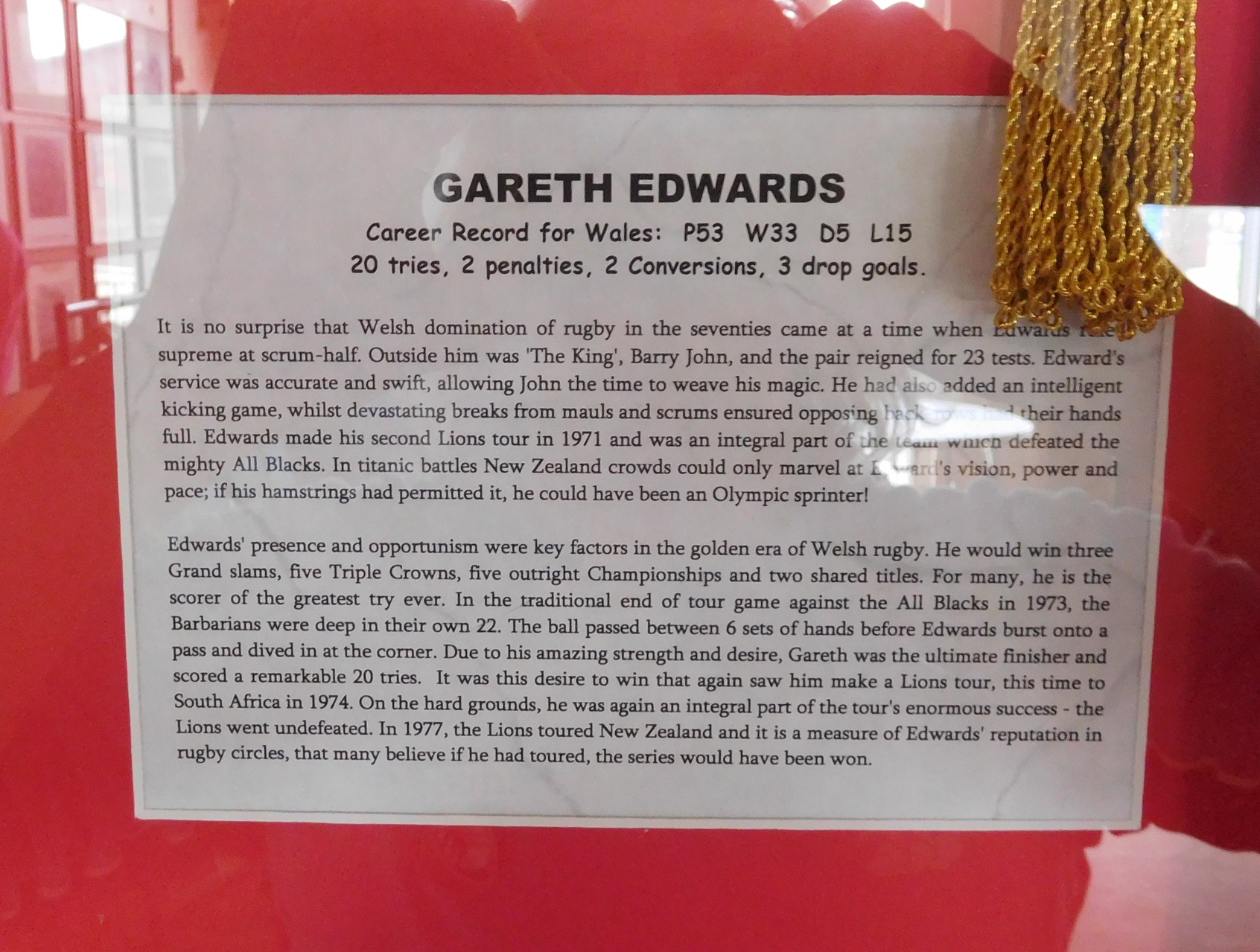