Object Id:
1322
Info:
Bob Norster, Jack Matthews, Bleddyn Williams & Glanmor Griffiths.
The re-dedication took place on the 26th December 2001, 52 years to the day they were first opened.
The gates were moved from their original position for the building of the Millennium Stadium.
The ceremony was led by Jack Matthews, he said "It is a great privilege to reopen the Gwyn Nicholls Memorial Gates. It is interesting that Gwyn was called the Prince of Threequarters in his time; in my era Bleddyn was rightly known as the Prince of Centres. Now Bleddyn and I are here together to reopen them. It is an historic moment for Cardiff Rugby Club"
Season:
2001/2002
Category:
Photograph
Object Status:
The Bleddyn Williams Collection - Glamorgan Archives
Glamorgan Archives Ref:
D777-4-62
Acknowledgement:
Reproduced by kind permission of the Williams family
Keywords:
Bleddyn Williams, Gwyn Nicholls 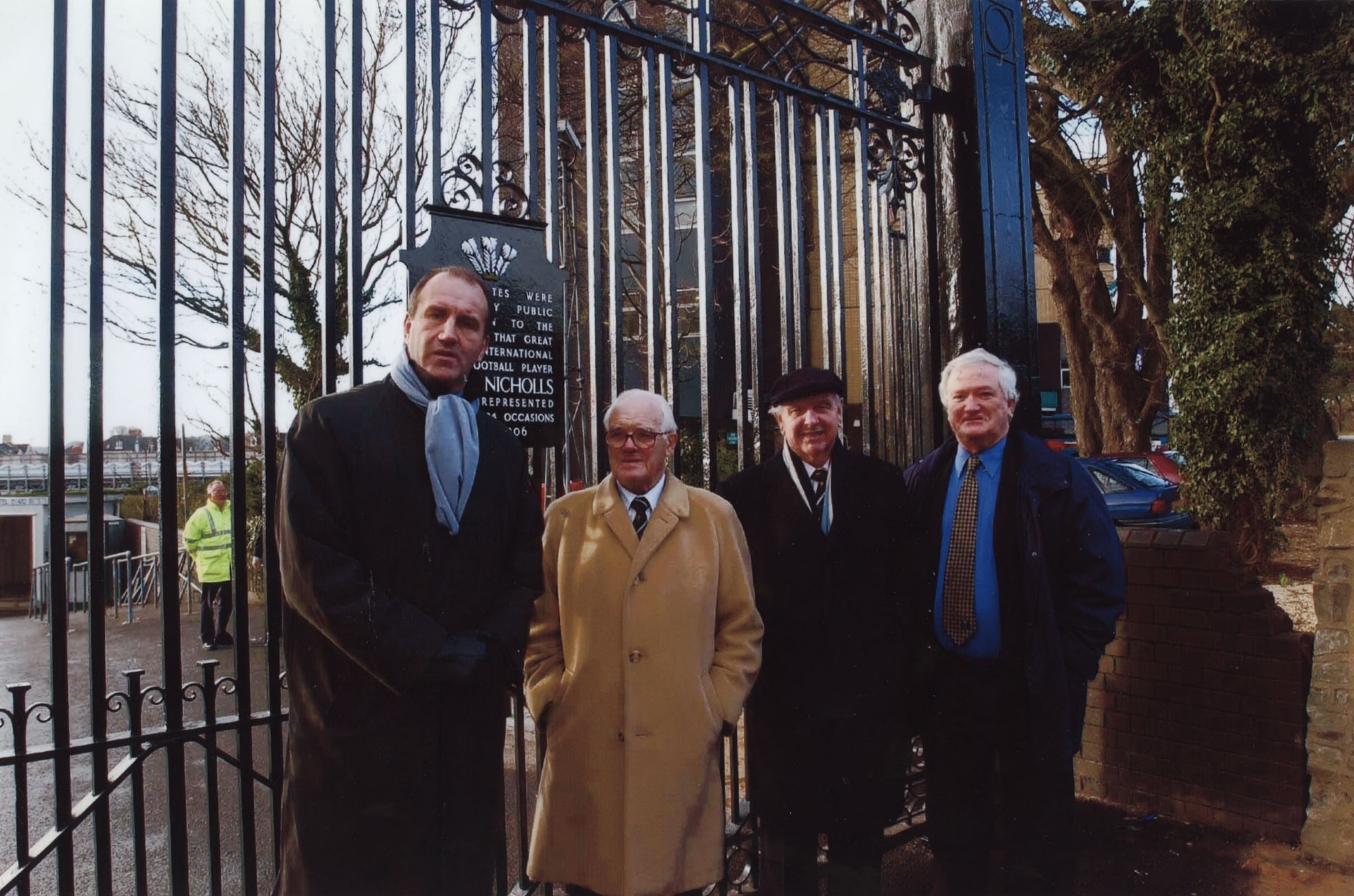