Object Id:
0096
12" vinyl record mounted in frame.
Info:
Inscription reads: 'Erith Gwyn Nicholls 1874-1939 'The Prince of Thre Quarters" Gwyn Nicholls played 242 games for Cardiff between 1894 and 1910. He won 24 caps, captaining his country ten time and leading his men to two Triple Crowns in the first Welsh "Golden Era". Under him Wales beat the 1905 All Blacks 3-0 (their only reverse) while in 1906 he was in the Cardiff XV which defeated South Africa 17-0. Nicholas also toured Australia with the victorious 1899 British side. He was a glittering start of rugby football. On his death a commemoration Fund was launched. After a delay occasioned by World War II it was used to commission the wrought-iron gates which grace the entrance to our famous arena. They were officially opened by Rhys Gabe, a contemporary of Nicholls for Club and Country. The first half of his tribute to his old team-mate, recorded by a local company, is sadly lost; but a good deal survives on this ancient 78m disc displayed here. The repose, with its solemn promise to cherish the Gates, is by former President of the Athletic Club, Norman Riches.
To hear recording open Document below.
Season:
1949/1950
Category:
Vinyl Record
Object Status:
CAC Collection
Keywords:
Oral History, Gwyn Nicholls, Rhys Gabe
Document: 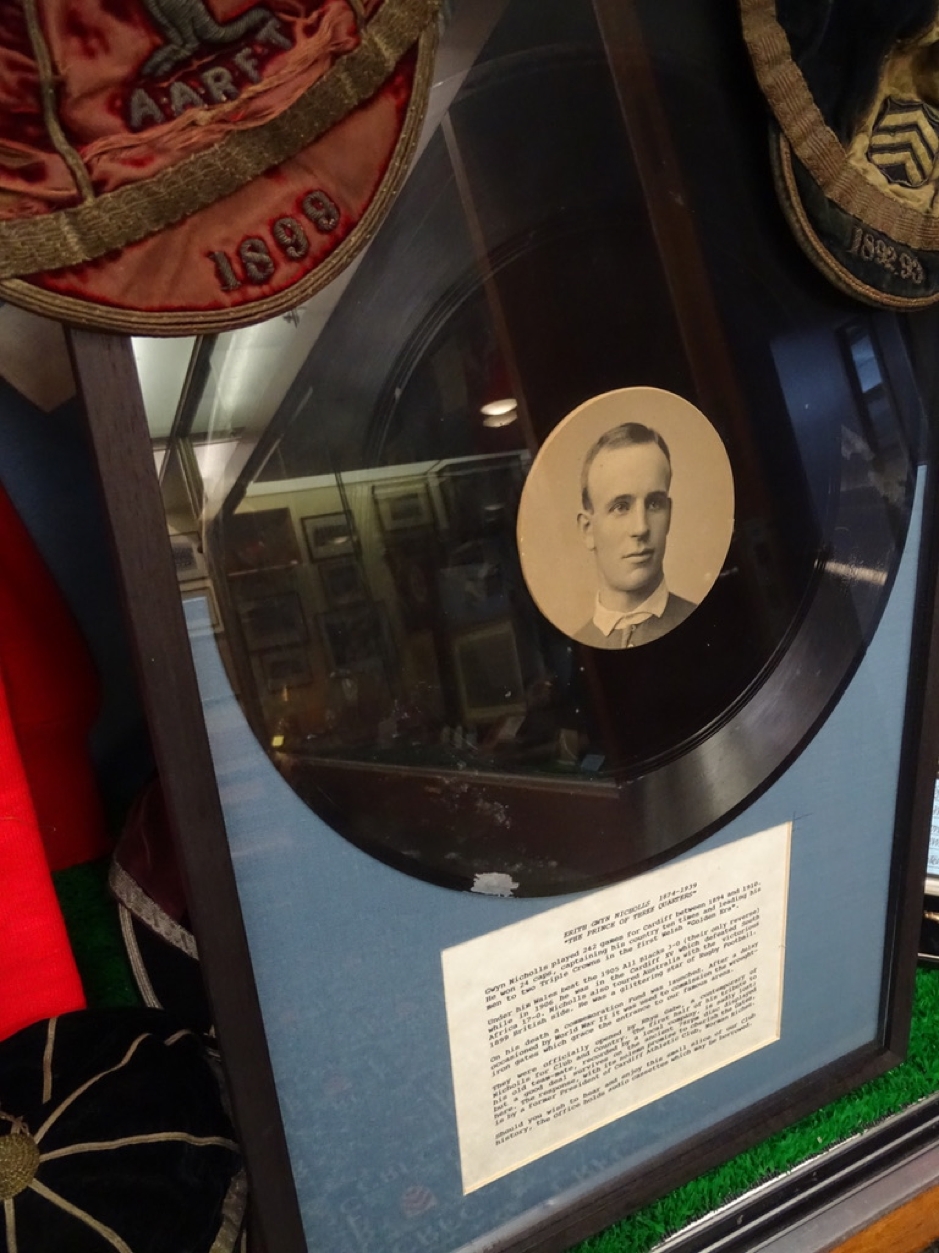 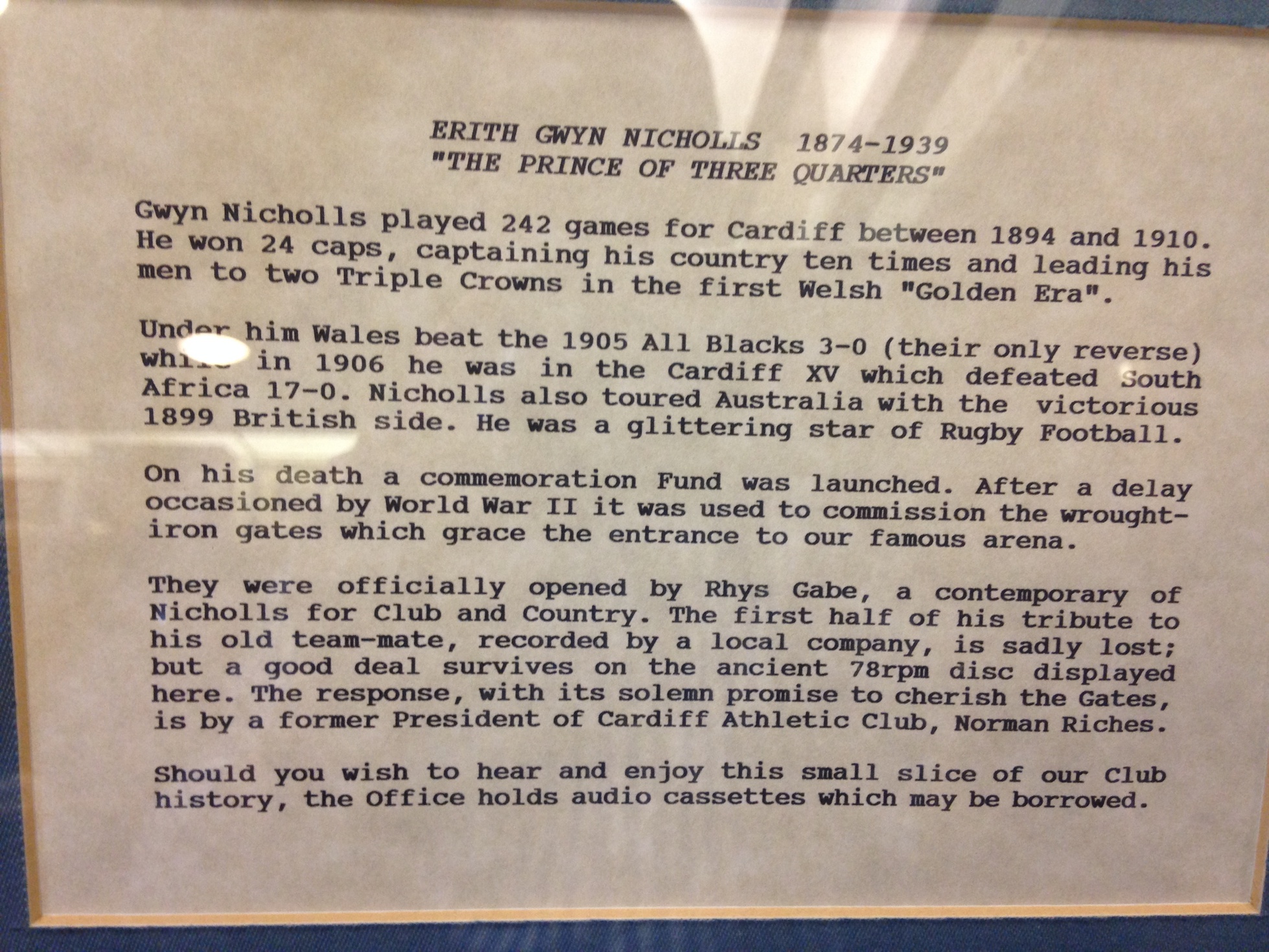